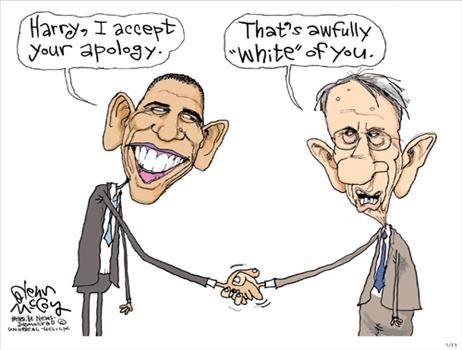 THE SUPREME COURT'S RULING last week in Citizens United v. Federal Election Commission was a triumph for the First Amendment. In clear and cogent language, five justices swept away the caste system under which some groups of citizens have been free to engage in vigorous and unfettered political speech while other groups face criminal penalties for doing the same thing. Overturning two of its precedents and much of the 2002 McCain-Feingold act, the court called their sweeping restrictions on corporate spending during election campaigns by the name they merit: censorship. When the government dictates "where a person may get his or her information or what distrusted source he or she may not hear," Justice Anthony Kennedy wrote for the majority, "it uses censorship to control thought. This is unlawful. The First Amendment confirms the freedom to think for ourselves."

Not surprisingly, some of the formerly privileged groups are reacting angrily to the court's blow for free speech. The New York Times, for example, promptly excoriated what it termed a "disastrous" decision, declaring that it that will "thrust politics back to the robber-baron era of the 19th century" by freeing corporations to deploy "their vast treasuries to overwhelm elections and intimidate elected officials into doing their bidding."

In truth, the decision simply extends to all corporations the same First Amendment freedoms that media corporations -- such as The New York Times Co. -- take for granted. For-profit corporations that happen to be in the business of publishing or broadcasting are free to spend money supporting or opposing political candidates. Why shouldn't corporations in every other industry be equally free?

On the front page of Friday's Times, an article analyzing the impact of the court's decision was headlined, "Lobbies' New Power: Cross Us, And Our Cash Will Bury You." Sounds menacing. Yet newspapers, magazines, and TV networks deploy that power all the time, "burying" public officials (and countless other subjects) with hard-hitting journalism and commentary of every kind -- news stories, photographs, documentaries, exposés, endorsements. They may not always use their power wisely or fairly, but on the whole the marketplace of ideas is richer for their participation. If media corporations have a robust First Amendment right to be heard during political campaigns, every other kind of corporation does too.

Some of the attacks on the high court's ruling have been hysterical -- in both senses of the word. "SUPREME COURT UNDOES DEMOCRACY," wailed Public Citizen in bright-red, Armageddon-sized capital letters on its web site. Florida congressman Alan Grayson denounced Citizens United as "the worst Supreme Court decision since the Dred Scott case."

Such unhinged reactions to a ruling that extends free speech rights to all is a sad reminder of how far the left has moved from the First Amendment tradition of the 20th century's great liberals. Kennedy's opinion quotes from a 1957 dissent by three of those liberals -- Justices William O. Douglas and Hugo Black, and Chief Justice Earl Warren:

"Under our Constitution it is We The People who are sovereign," they avowed. "The people determine through their votes the destiny of the nation. It is therefore important -- vitally important -- that all channels of communication be open to them during every election, that no point of view be restrained or barred, and that the people have access to the views of every group in the community."

McCain-Feingold was an egregious affront to that principle of open communication. It made it a crime for any corporation -- big or little, for-profit or nonprofit -- to broadcast "electioneering communications" in the weeks leading up to an election, or to advocate the election or defeat of any candidate for federal office at any time. That meant, as the court pointed out, that under McCain-Feingold it would have constituted a felony for the Sierra Club to run an ad a month before Election Day exhorting viewers to disapprove of a congressman who favors logging in national forests. Or for the National Rifle Association to publish a book urging citizens to vote against an incumbent US senator because he endorsed a handgun ban. Or for the American Civil Liberties Union to put up a website telling the public to vote for a presidential candidate because he is a champion of civil liberties.

"These prohibitions are classic examples of censorship," wrote Justice Kennedy. Of course they are. Why did it take the court so long to say so? And why wasn't the opinion unanimous?