DECONSTRUCTION OF THE ADMINISTRATIVE SOCIALIST STATE

White House chief strategist Steve Bannon detailed President Donald Trump’s agenda during an appearance at CPAC, thrilling the audience of conservatives who wanted to hear more about what Trump would do as president.

Bannon broke the agenda down into three categories. pointing to economic nationalism, national sovereignty, and the deconstruction of the administrative state.
VIDEO Bannon And Priebus All Smiles At CPAC
Mute
Current Time0:33
/
Duration Time1:49
Loaded: 0%
Progress: 0%
Captions
Part of restoring American sovereignty, Bannon explained, was fixing and improving intelligence, the defense department, and homeland security.
Economic nationalism would focus on restoring American prominence in trade and commerce — “rethinking” how to reconstruct trade deals around the world to favor America first, he said.
Bannon explained that the Trump administration and Congress were already working together to focus on bilateral trade deals with other countries, especially after pulling out of the Trans Pacific Partnership. The goal, he said, was to make America a “fair trading nation” and bring more high paying jobs into America.
The CPAC audience applauded and cheered when Bannon spoke of the deconstruction of the administrative state, cutting cabinet agency regulations that were choking business growth.
“The way the progressive left runs is that if they can’t get it passed, they’re just going to put it in some sort of regulation in an agency,” he said. “That’s all going to be deconstructed.”
Posted by Leo Rugiens at 6:41 AM No comments:

PROTESTS ARE WELL ORGANIZED AND FUNDED BY GEORGE SOROS

These Are the Groups Behind Those ‘Spontaneous’ Anti-Trump-Ban Protests

How little-known groups were behind the thousands taking to the streets after Donald Trump’s election win—and thousands more filling airports across the country over the weekend.

Posted by Leo Rugiens at 6:36 AM No comments:

BIRDS OF A FEATHER FLOCK TOGETHER 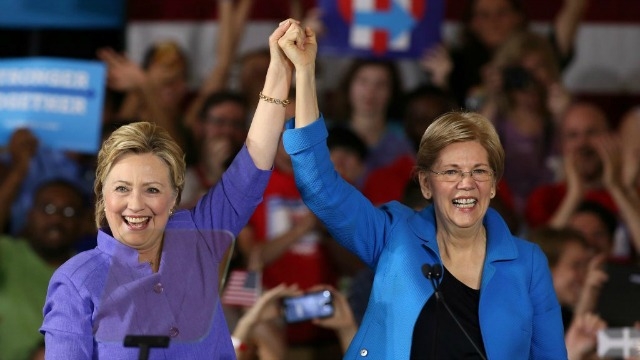 Posted by Leo Rugiens at 7:11 AM No comments:

Posted by Leo Rugiens at 3:34 PM No comments:

WHY CALIFORNIA IS BROKE AND TEXAS IS NOT !!!


The Coyote Principle
CALIFORNIA
TEXAS
And that, my friends, is why California is broke and Texas is not.
Posted by Leo Rugiens at 10:27 AM No comments: