WHY DO I KEEP REMEMBERING NEVILLE CHAMBERLIN, ADOLPH HITLER AND MUNICH

Blowing up the Middle East in order to save it—that’s the logic at work. 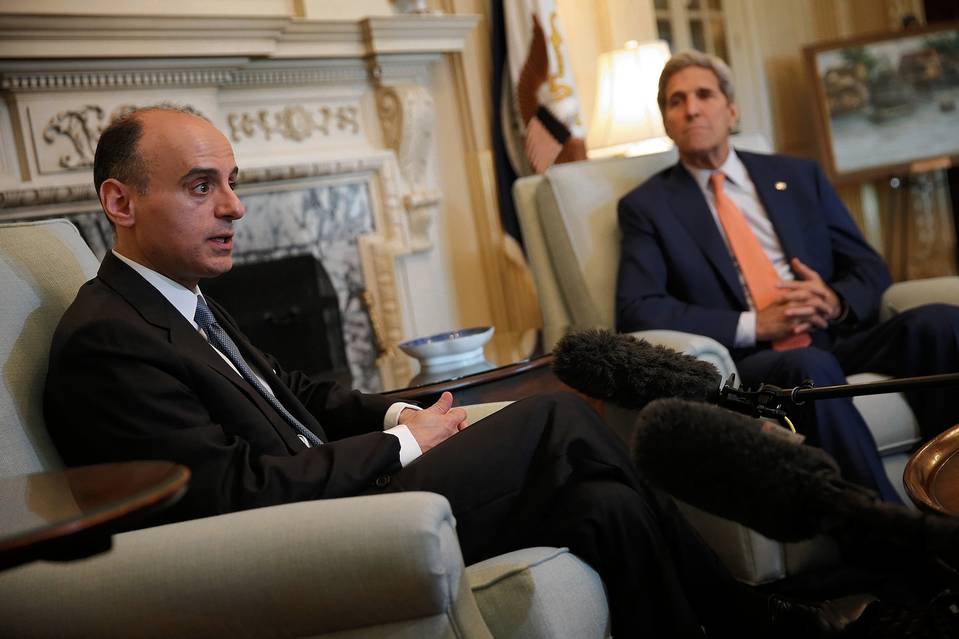 The Iran deal is supposed to prevent a nuclear-arms race in the Middle East. So what better way to get that ball of hopefulness rolling than by arming our regional allies to the teeth?
.

“The U.S. is specifically looking at ways to expedite arms transfers to Arab states in the Persian Gulf and is accelerating plans for them to develop an integrated regional ballistic missile defense capability,” the Journal’s Carol Lee and Gordon Lubold reported Monday. The goal, they add, is to prevent the Saudis “from trying to match Tehran’s nuclear capabilities.
.

Let’s follow this logic. If the Iran deal is as fail-safe as President Obama claims, why not prove it by giving the Saudis exactly the same nuclear rights that Iran is now to enjoy? Why race to prevent an ally from developing a capability we have just ceded to an enemy? What’s the point of providing the Saudis with defense capabilities they presumably don’t need?
.

A hypochondriac convinced he has cancer isn’t usually offered a course of chemotherapy. What we have here is ObamaCare for Arabia.
.

Here the claim is false by the president’s own admission. The promise of the deal is that it is supposed to give the world at least a year’s notice that Iran is seeking a bomb. But once the terms of the deal expire, so does the notice period. “At that point,” Mr. Obama acknowledged to NPR’s Steve Inskeep, “the breakout times would have shrunk almost down to zero.” That’s not true today.
On Thursday, Moscow confirmed that it will proceed with the sale to Iran of its state-of-the-art S-300 surface-to-air missile system, notwithstanding the deal’s supposed five-year arms embargo on Iran and over no objections from the White House. The sale means that a future president ordering airstrikes against Iran would do so against an adversary that can shoot American planes out of the skies. That’s also not true today.
.

What about “snap back sanctions”? This is the make-believe mechanism whereby the slightest Iranian infraction will swiftly be detected and countered by a majority vote of a special multilateral committee that will instantly and forcefully reapply all the sanctions that were previously lifted.
Because this is how multilateral committees across the ages have always worked. Efficiently and without regard to political or commercial considerations.
.

But notice something else about the deal: Just as the U.S. can claim the deal is being violated, so too can Iran. If the West gets sanctions snap back, Tehran gets what Mark Dubowitz of the Foundation for Defense of Democracies calls “nuclear snap back.”
.

In practice, the threat of the latter will inevitably prevent the application of the former. Iranian violations of the deal, especially if they are technical and incremental, will be tolerated for the sake of preserving the deal. Violations will be treated as differences of interpretation as to what the deal requires, or as arcane disputes over technical issues, or as responses to some Western provocation. Pretexts will be contrived to revise the deal to suit new and more expansive Iranian demands. Editorialists will enjoin “all parties” to reason and restraint.
.

“When enough bureaucratic prestige has been invested in a policy,” Henry Kissinger once wrote, “it is easier to see it fail than to abandon it.” That’s the future of the Iran deal.
.

Meantime, Iran gets $150 billion in mostly upfront sanctions relief. Susan Rice insists that “for the most part” the money will be spent on “the Iranian people and their economy,” an insight the national security adviser must have from the same people who briefed her on Benghazi and Bowe Bergdahl. But she also admits that some of the money might be spent on Iran’s “bad behavior in the region”—but that’s OK because the nuclear deal “was not designed to prevent them from engaging in bad behavior.”
.

Let it be entered into the record that the United States government has agreed to release monies that it believes will be used to fund Iran’s terrorist proxies. It has done so on the intriguing rationale that, in order to prevent the Middle East from becoming a very dangerous place in the future, it is necessary to allow it to become a very dangerous place now. To adapt a phrase, the administration believes that it has to destroy a region in order to save it.
.

Iran will get its money. It will redouble its bad behavior. And sooner or later it will probably get its bomb. The most Congress can do now is to lay a political predicate for the next president to disavow the deal.
.