THIS IS TRULY AN OUTRAGE: UNEQUAL JUSTICE BASED ON RACE, THE REVERSE OF PRE-1964 AMERICA

On the day President Obama was elected, armed men wearing the black berets and jackboots
of the New Black Panther Party were stationed at the entrance
to a polling place in Philadelphia.

They brandished a weapon and intimidated voters and poll watchers.
After the election, the Justice Department brought a voter-intimidation case against the New Black Panther Party and those armed thugs.

I and other Justice attorneys diligently pursued the case and obtained an entry of default after the defendants ignored the charges. Before a final judgment could be entered in May 2009, our superiors ordered us to dismiss the case.

The New Black Panther case was the simplest and most obvious violation of federal law I saw in my Justice Department career. Because of the corrupt nature of the dismissal, statements falsely characterizing the case and, most of all, indefensible orders for the career attorneys not to comply with lawful subpoenas investigating the dismissal, this month I resigned my position as a Department of Justice (DOJ) attorney. 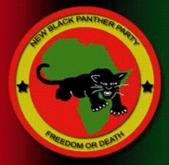 The federal voter-intimidation statutes we used against the New Black Panthers were enacted because America never realized genuine racial equality in elections. Threats of violence characterized elections from the end of the Civil War until the passage of the Voting Rights Act in 1965. Before the Voting Rights Act, blacks seeking the right to vote, and those aiding them, were victims of violence and intimidation. But unlike the Southern legal system, Southern violence did not discriminate. Black voters were slain, as were the white champions of their cause. Some of the bodies were tossed into bogs and in one case in Philadelphia, Miss., they were buried together in an earthen dam.

Based on my firsthand experiences, I believe the dismissal of the Black Panther case was motivated by a lawless hostility toward equal enforcement of the law. Others still within the department share my assessment. The department abetted wrongdoers and abandoned law-abiding citizens victimized by the New Black Panthers. The dismissal raises serious questions about the department's enforcement neutrality in upcoming midterm elections and the subsequent 2012 presidential election.

The U.S. Commission on Civil Rights has opened an investigation into the dismissal and the DOJ's skewed enforcement priorities. Attorneys who brought the case are under subpoena to testify, but the department ordered us to ignore the subpoena, lawlessly placing us in an unacceptable legal limbo.

The assistant attorney general for civil rights, Tom Perez, has testified repeatedly that the "facts and law" did not support this case. That claim is false. If the actions in Philadelphia do not constitute voter intimidation, it is hard to imagine what would, short of an actual outbreak of violence at the polls. Let's all hope this administration has not invited that outcome through the corrupt dismissal.

Most corrupt of all, the lawyers who ordered the dismissal - Loretta King, the Obama-appointed acting head of the Civil Rights Division, and Steve Rosenbaum - did not even read the internal Justice Department memorandums supporting the case and investigation. Just as Attorney General Eric H. Holder Jr. admitted that he did not read the Arizona immigration law before he condemned it, Mr. Rosenbaum admitted that he had not bothered to read the most important department documents detailing the investigative facts and applicable law in the New Black Panther case. Christopher Coates, the former Voting Section chief, was so outraged at this dereliction of responsibility that he actually threw the memos at Mr. Rosenbaum in the meeting where they were discussing the dismissal of the case. The department subsequently removed all of Mr. Coates' responsibilities and sent him to South Carolina.

Mr. Perez also inaccurately testified to the House Judiciary Committee that federal "Rule 11" required the dismissal of the lawsuit. Lawyers know that Rule 11 is an ethical obligation to bring only meritorious claims, and such a charge by Mr. Perez effectively challenges the ethics and professionalism of the five attorneys who commenced the case. Yet the attorneys who brought the case were voting rights experts and would never pursue a frivolous matter. Their experience in election law far surpassed the experience of the officials who ordered the dismissal.

Some have called the actions in Philadelphia an isolated incident, not worthy of federal attention. To the contrary, the Black Panthers in October 2008 announced a nationwide deployment for the election. We had indications that polling-place thugs were deployed elsewhere, not only in November 2008, but also during the Democratic primaries, where they targeted white Hillary Rodham Clinton supporters. In any event, the law clearly prohibits even isolated incidents of voter intimidation.

Others have falsely claimed that no voters were affected. Not only did the evidence rebut this claim, but the law does not require a successful effort to intimidate; it punishes even the attempt.

Most disturbing, the dismissal is part of a creeping lawlessness infusing our government institutions. Citizens would be shocked to learn about the open and pervasive hostility within the Justice Department to bringing civil rights cases against nonwhite defendants on behalf of white victims. Equal enforcement of justice is not a priority of this administration. Open contempt is voiced for these types of cases.
Some of my co-workers argued that the law should not be used against black wrongdoers because of the long history of slavery and segregation. Less charitable individuals called it "payback time." Incredibly, after the case was dismissed, instructions were given that no more cases against racial minorities like the Black Panther case would be brought by the Voting Section.
Refusing to enforce the law equally means some citizens are protected by the law while others are left to be victimized, depending on their race. Core American principles of equality before the law and freedom from racial discrimination are at risk. Hopefully, equal enforcement of the law is still a point of bipartisan, if not universal, agreement. However, after my experience with the New Black Panther dismissal and the attitudes held by officials in the Civil Rights Division, I am beginning to fear the era of agreement over these core American principles has passed.

J. Christian Adams is a lawyer based in Virginia who served as a voting rights attorney at the Justice Department until this month. He blogs at http://electionlawcenter.com/

Inside the Black Panther case
Anger, ignorance and lies