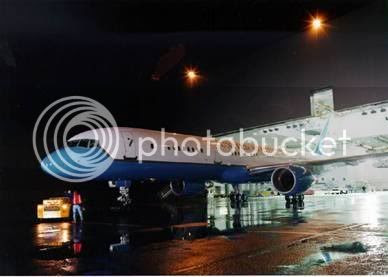 Judicial Watch, the public interest group that investigates and prosecutes government corruption, announced today that it has obtained new documents from the United States Air Force detailing House Speaker Nancy Pelosi’s repeated use of United States Air Force aircraft. According to the documents, obtained by Judicial Watch through the Freedom of Information Act (FOIA), Pelosi used Air Force aircraft on 85 flights from March 2009 through June 2010. Members of Pelosi’s family were guests on at least two flights.
.
Among the highlights from the documents, obtained pursuant to a FOIA request filed on January 25, 2009:
According to previous documents uncovered by Judicial Watch, the Speaker’s military travel cost the United States Air Force $2,100,744.59 over a two-year period — $101,429.14 of which was for in-flight expenses, including food and alcohol. For example, purchases for one Pelosi-led congressional delegation traveling from Washington, DC, through Tel Aviv, Israel to Baghdad, Iraq May 15-20, 2008 included: Johnny Walker Red scotch, Grey Goose vodka, E&J brandy, Bailey’s Irish Crème, Maker’s Mark whiskey, Courvoisier cognac, Bacardi Light rum, Jim Beam whiskey, Beefeater gin, Dewar’s scotch, Bombay Sapphire gin, Jack Daniels whiskey, Corona beer and several bottles of wine.
.
Judicial Watch also previously uncovered internal Department of Defense documents (DOD) email correspondence detailing attempts by DOD staff to accommodate Pelosi’s numerous requests for military escorts and military aircraft as well as the speaker’s last minute cancellations and changes. For example, in response to a series of requests for military aircraft, one Defense Department official wrote, “Any chance of politely querying [Pelosi's team] if they really intend to do all of these or are they just picking every weekend?…[T]here’s no need to block every weekend ‘just in case’… “The email also notes that Pelosi’s office had, “a history of canceling many of their past requests.”
.
“Pelosi’s abusive use of military aircraft demonstrates a shocking lack of regard for the American taxpayer and the men and women who serve in the U.S. Air Force. Speaker Pelosi may have a frequent flyer record for taxpayer-financed luxury jet travel,” said Judicial Watch President Tom Fitton.

[A friend writes the following]

USAF TOOK NANCY 'S JET AWAY
(verified by Snopes)
The real reason that Nancy Pelosi is considering retiring is that they took her Jet away.
Ah, poor baby!
As a result of a Judicial Watch filing under the Freedom of Information Act, the USAF released documents detailing House Speaker Pelosi's use of United States Air Force aircraft between March 2009 and June 2010.
The data are published in the Judicial Watch Verdict of December 2010, Volume 16, Issue 12.
Here are the main highlights revealed by the USAF.
Keep in mind that all the data below relate to United States Air Force aircraft used by one woman over a sixteen month period.
Several of these flights included Ms. Pelosi's guests, such as grown children, grandchildren, various in-laws, friends and hangers-on.
Over 95% of the trips were between the west coast and Washington DC , for what you might call a commute between home and the office.
READ it and WEEP!!
Total trips: 85 over a 68 week period, or 1.25 average trips per week.
Total mileage: 206,264 miles, or 2,427 average miles per trip.
Total flying time: 428.6 hours, or an average of 5 hours per trip.
Cost to the taxpayers: $2,100,744, or $27,715 per trip, or $1,285,162 per year!
Cost of in flight food and alcohol: $101,429; $1,193 per trip; $62,051 per year.
On one junket to Baghdad, according to the Air Force report, she had the aircraft bar stocked with Johnny Walker Red Scotch, Grey Goose Vodka, E&J Brandy, Bailey's Irish Cream, Maker's Mark Whiskey, Courvoisier Cognac, Bacardi Rum, Jim Beam Whiskey, Beefeater Gin, Dewar's Scotch, Bombay Sapphire Gin, Jack Daniels Whiskey, Corona Beer and several varieties of wine.
This was obviously a very important "gubment bidness" trip.
Evidence generally speaks for itself, and in Ms. Pelosi's case it speaks the language of abuse and (evidently) a serious familial drinking problem, for in a single year she and her spawn drank an amount in excess of the net income of the average employed American!
When she said, "... If the stimulus doesn't pass, five hundred million people might lose their jobs...", I thought she was unintentionally revealing her ignorance.
I'm now more inclined to think she was pickled.
Even though she can no longer abuse the USAF, she can either fly on her broom, or fly Southwest Airlines, where bags fly free.
If you are an AMERICAN citizen it is YOUR DUTY to PASS THIS ON...
Because, you won't see this reported on MSNBC, or ANY Liberal mis-INFORMATION  Station .
Backup Proof Below:
http://www.judicialwatch.org/press-room/press-releases/judicial-watch-uncovers-new-documents-detailing-pelosis-use-air-force-aircraft/
Posted by Leo Rugiens at 10:38 AM No comments:

WHAT A FUNERAL: THE TRANSLATOR RUBS HIS BELLY WHILE OBAMA MAKES OUT WITH THE SWEDISH PRIME MINISTER

Obama makes out with Helle Thorning-Schmidt while Michelle glares.