HERE IS A VIDEO TRULY WORTH WATCHING

https://www.youtube.com/embed/BNRT0P-oZfw#t=39
Posted by Leo Rugiens at 4:45 PM No comments: 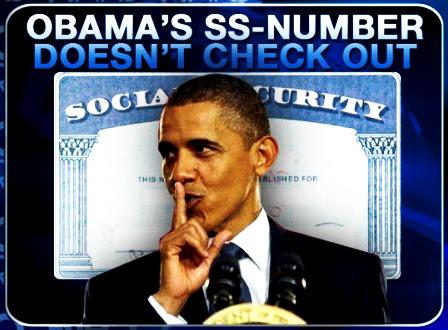 Posted by Leo Rugiens at 8:09 AM No comments:

NOW IS THE TIME TO SAY "NO" TO JEB BUSH

The Love Connection and Jeb Bush

Jeb Bush clearly knew the potential for trouble when he told his interviewer Sunday that his comments were being recorded but, "So be it." A brisk straightforward start soon evolved into something quite different, which happens frequently enough in the political world but in Mr. Bush's case was particularly telling.
The subject, as most of the world by now knows, was immigrants in the United States illegally, which he explained was no serious crime but one driven by the highest of impulses—parental devotion. A fact, his urgent tone told us, that those holding different views of the immigration issue and the American audience at large didn't appreciate.
Mr. Bush expanded on the theme with the now famous claim that people violating U.S. immigration laws were committing "an act of love." It was an astounding pronouncement in its fervent simplism and embrace of the irrational. It was not simply an inartful comment, as Karl Rove called it. The instincts on display in Mr. Bush's remarks—the silken demagoguery, the suggestion that Americans who thought the country's laws mattered were clearly the kind unable to grasp that immigrant parents loved their children—were hard to miss. After six years of the Obama administration—which began, recall, with reminders by the president that the nation had in the nick of time been rescued from a moral abyss—sermonizing of this kind from Mr. Bush, a potential presidential candidate, falls hard on the ears.
True, it's doubtful Mr. Bush will ever be a serious contender for Obama-style rhetorical laurels. It will be a long while before any candidate ever beats the terminal double-speak of that golden prose. Last weekend was, of course, one moment in Mr. Bush's journey—but a kind, if he becomes a candidate, he'd do well to study.
Posted by Leo Rugiens at 4:35 PM No comments:

YOUR MONEY SPEAKS EVEN WHEN YOU HAVE LOST YOUR VOICE

Be the first of your friends to like this.
TRADITIONAL LIBERALS should be cheering the Supreme Court's decision last week in McCutcheon v. Federal Election Commission, which reaffirmed a value at the heart of the First Amendment: The best response to unwelcome or controversial political speech is more political speech. Democratic self-government depends on the right to participate in advocacy and debate, and the Constitution reserves some of its strongest language to support of citizens who choose to exercise that right: "Congress shall make no law" abridging it.
But much of the reaction from the left to McCutcheon, which threw out the aggregate cap on how much money an individual can contribute to federal candidates or party committees in a given election cycle, has been apoplectic. The ruling didn't alter the maximum contribution that can be given to any candidate ($2,600 for each primary or general election), but by striking down the overall ceiling, it restored the right of Americans to support as many candidates as they wish.
Yet instead of celebrating this expansion of liberty, many liberals bewail it.
"Make no mistake: This decision is a setback for our freedoms," lamented Montana Senator Jon Tester. On Twitter, his Vermont colleague Bernie Sanders issued a stream of overwrought comments. "The Supreme Court," read one, "is paving the way toward an oligarchic form of society in which a handful of billionaires like the Koch brothers and Sheldon Adelson will control our political process." Common Cause pronounced McCutcheon "A Disaster for Democracy," and accused the court of putting out "a welcome mat for corruption."
A similar keening followed the high court's Citizens United ruling four years ago. That decision restored the traditional First Amendment right of corporations and labor unions to engage in independent political expenditures, and liberal critics shrieked that democracy as we knew it was finished. Someone who didn't know better might imagine that those dire predictions had come to pass — that determined, deep-pocketed Republicans could indeed now buy American elections at will.
Except that nothing of the kind happened. Citizens United notwithstanding, President Obama was easily reelected. Democrats didn't lose their Senate majority. "American Crossroads, the super PAC founded by Karl Rove, spent $104 million in the general election, but none of its candidates won," gloated The New York Times in an editorial following the 2012 election. "Sheldon Adelson, the casino mogul, spent $53 million on nine Republican candidates, eight of whom lost."
Money is indispensable in politics, but dollars don't vote. Thanks to Citizens United and now McCutcheon, more candidates have more funds to run even more ads promoting their ideas and criticizing their opponents. Yet no matter how often candidates assure us that they "approve this message," voters, who get the last word, are free to disapprove.
The fulminating against Mammon and its wicked influence on American democracy might be more persuasive if the fulminators themselves were careful to shun financial support from well-to-do donors with strong political interests. On a web page bearing the banner "Money Out/Voters In," a coalition of more than 25 activist organizations was encouraging supporters to register at one of the dozens of "McCutcheon Rapid Response" rallies scheduled around the country immediately after the decision was announced. "Get Big Money Out of Politics," urge the coalition partners, which include Public Citizen, Democracy 21, People for the American Way, MoveOn.org, Common Cause, and The Sunlight Foundation, among others.
Most of those organizations are not only glad to accept financial contributions, they openly solicit them — many feature a bright red "DONATE" button on their own website's home page. Would-be donors aren't cautioned not to give more than $2,600 per year — the maximum that any individual can give to a federal candidate. On the contrary, the donation forms are typically set up so that supporters can donate any amount they wish, just as they can donate to as many different activist groups as they wish.
Alabama businessman Shaun McCutcheon went to court because he wished to donate $1,776 to 28 different candidates, and an arbitrary campaign-finance cap stood in his way. It is no more a "disaster for democracy" that the First Amendment protects McCutcheon's freedom to make those donations than the fact that the same First Amendment protects the right of other Americans to donate to Common Cause or Democracy 21. There are many honorable ways to contribute to the nation's political discourse, to advocate for better government, or to try to shape the electoral agenda. The First Amendment protects them all. "The more speech, the better" is an American ideal, and liberals used to be the first to say so.
(Jeff Jacoby is a columnist for The Boston Globe).

Posted by Leo Rugiens at 8:14 PM No comments: