"WE ARE HARD-WIRED NOT TO ALWAYS THINK CLEARLY...." 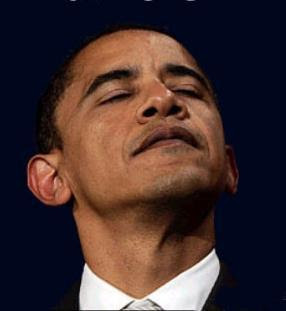 THE HILLS ARE ALIVE with the sound of liberal Democratic contempt for the electorate. So are the valleys, the prairies, and the coasts. For months, voters have been signaling their discontent with the president, his party, and their priorities; in less than a week, they appear poised to deliver a stinging rebuke. Yet rather than address the voters' concerns with seriousness and respect, too many Democrats and their allies on the left have chosen instead to slur those voters as stupid, extremist, or too scared to think straight.

At a Democratic fundraiser in Newton this month, offering what he called "a little bit of perspective from the Oval Office," President Obama gave this diagnosis of the American political scene:

"Part of the reason that our politics seems so tough right now, and facts and science and argument does not seem to be winning the day all the time, is because we're hard-wired not to always think clearly when we're scared. And the country is scared."

The smug condescension in this -- We're losing because voters are panicky and confused -- is matched only by its apparent cluelessness. Does Obama really believe that demeaning ordinary Americans is the way to improve his party's fortunes? Or that his dwindling job approval is due to the public's weak grip on "facts and science" and not to, say, to his own divisive and doctrinaire performance as president?

Perhaps he does. Or perhaps he just says such things when speaking to liberal donors. It was at a San Francisco fundraiser in 2008 that Obama described hard-pressed citizens in the small towns of Pennsylvania as "bitter" people who "cling to guns or religion or antipathy toward people who aren't like them . . . as a way to explain their frustrations."

Obama is far from alone in looking down his nose at the great unwashed. Last month, Senator John Kerry explained that Democrats are facing such headwinds these days because voters are easily swayed dolts: "We have an electorate that doesn't always pay that much attention to what's going on, so people are influenced by a simple slogan rather than the facts or the truth."

Meanwhile, the rise of the Tea Party movement, one of the most extraordinary waves of civic engagement in modern American politics and a major driver of the 2010 election season, has drawn no end of scorn from Democrats and their cheerleaders in the media.

In Massachusetts, state Senate President Therese Murray calls Tea Party members "nutcases," while ABC's Christiane Amanpour is aghast that the grassroots movement has "really gone to the extreme" and is "not conservatism as we knew it." Rob Reiner even smears the Tea Party as Nazi-esque: "My fear is that the Tea Party gets a charismatic leader," the Hollywood director said on HBO's "Real Time with Bill Maher" last week. "All they're selling is fear and anger and that's all Hitler sold." And the crop of citizen-candidates running for Congress this year, many of them with Tea Party backing? A "myriad of wackos," sneers the influential liberal blogger Markos Moulitsas.

Trashing conservatives as "nutcases" and "wackos" -- or worse -- is par for the course among left-wing pundits and politicos. But the electorate isn't buying it. "Likely voters in battleground districts," reports The Hill in a recent story on a poll of 10 toss-up congressional districts across the country, "see extremists as having a more dominant influence over the Democratic Party than they do over the GOP." Among likely voters, 44 percent think the Democratic Party is overpowered by its extremes (37 percent say that about the Republicans). Even among registered Democrats, 22% think their party is too beholden to its extremists.

Heading into next week's elections, Americans remain a center-right nation, with solid majorities believing that the federal government is too intrusive and powerful, that it does not spend taxpayer's money wisely or fairly, and that Americans would be better off having a smaller government with fewer services. Nearly halfway through the most left-wing, high-spending, grow-the-government presidential term most voters can remember, it shouldn't come as a surprise that so many of them are rebelling. The coming Republican wave is an entirely rational response to two years of Democratic arrogance and overreach. As the president and his party are about to learn, treating voters as stupid and confused is not a strategy for victory.