TODAY JUDGE ROGER VINSON, SENIOR FEDERAL DISTRICT JUDGE IN PENSACOLA, FLORIDA, HANDED DOWN HIS DECISION THAT SINCE THE INDIVIDUAL INSURANCE MANDATE OF OBAMACARE EXCEEDS THE POWER OF CONGRESS UNDER THE COMMERCE CLAUSE OF THE UNITED STATES CONSTITUTION AND SINCE BY THE GOVERNMENT'S OWN ADMISSION THE MANDATE IS NOT SEVERABLE FROM THE OBAMACARE ACT, THE ENTIRE OBAMACARE ACT IS UNCONSTITUTIONAL AND THE GOVERMENT IS ENJOINED FROM ENFORCING IT.

One of the significant statements in Judge Vison's Order was this:


It is difficult to imagine that a nation which began, at least in part, as the result of opposition to a British mandate giving the East India Company a monopoly and imposing a nominal tax on all tea sold in America would have set out to create a government with the power to force people to buy tea in the first place.

Federal Judge Roger Vinson opens his decision declaring ObamaCare unconstitutional with that citation from Federalist No. 51, written by James Madison in 1788. His exhaustive and erudite opinion is an important moment for American liberty, and yesterday may well stand as the moment the political branches were obliged to return to the government of limited and enumerated powers that the framers envisioned.

As Judge Vinson took pains to emphasize, the case is not really about health care at all, or the wisdom—we would argue the destructiveness—of the newest entitlement. Rather, the Florida case goes to the core of the architecture of the American system, and whether there are any remaining limits on federal control. Judge Vinson's 78-page ruling in favor of 26 states and the National Federation of Independent Business, among others, is by far the best legal vindication to date of Constitutional principles that form the outer boundaries of federal power.

At the heart of the states' lawsuit is the individual mandate, which requires everyone to purchase health insurance or be penalized for not doing so. "Never before has Congress required that everyone buy a product from a private company (essentially for life) just for being alive and residing in the United States," Judge Vinson writes. 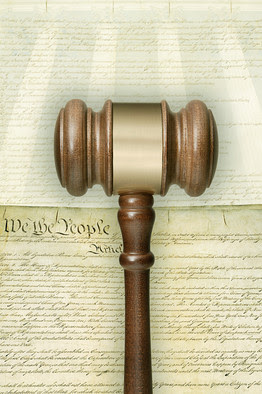 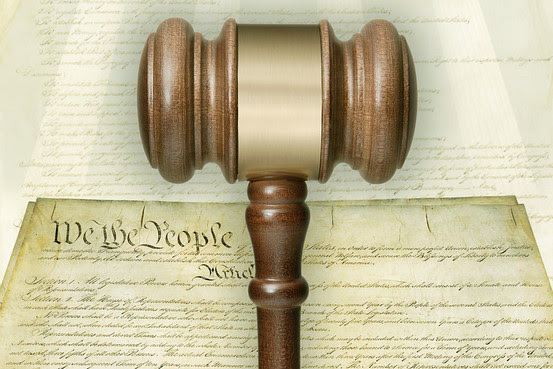 Congressional Democrats and the Obama Administration justified this coercion under the Commerce Clause, so it is fitting that Judge Vinson conducts a deep investigation into its history and intent, including Madison's notes at the Constitutional Convention and the jurisprudence of the first Chief Justice, John Marshall. The original purpose of the Commerce Clause was to eliminate the interstate trade barriers that prevailed under the Articles of Confederation—among the major national problems that gave rise to the Constitution.

The courts affirmed this limited and narrow understanding until the New Deal, when Congress began to regulate harum-scarum and the Supreme Court inflated the clause into a general license for anything a majority happened to favor.

In a major 1942 case, Wickard v. Filburn, the Court held that even growing wheat for personal use was an activity with a substantial economic effect on interstate commerce, thus justifying federal restrictions on the use of agricultural land meant to prop up commodity prices. It wasn't until the William Rehnquist Court, a half-century later, that the Justices began to recover some of the original limits, notably in the Lopez (1995) and Morrison (2000) cases.

Yet even in its most elastic interpretations, the Commerce Clause applied only to "clear and inarguable activity," Judge Vinson writes, the emphasis his. It never applied to inactivity like not buying health insurance, which has "no impact whatsoever" on interstate commerce. He argues that breaching this frontier converts the clause into a general police power of the kind that the Constitution reserves to the states. As the High Court put it in Lopez, obliterating this distinction would "create a completely centralized government."

The Administration contends that not purchasing insurance—inactivity—is really activity, because everyone will eventually need medical care and their costs will be transferred to the insured. But Judge Vinson dissects that as a "radical departure" from the Constitution and U.S. case law. It is "not hyperbolizing to suggest that Congress could do almost anything it wanted," he writes. "Surely this is not what the Founding Fathers could have intended."

He notes that no one can opt out of eating any more than they can from the medical system, so return to the Wickard example of wheat: "Congress could more directly raise too-low wheat prices merely by increasing demand through mandating that every adult purchase and consume wheat bread daily, rationalized on the grounds that because everyone must participate in the market for food, non-consumers of wheat bread adversely affect prices in the wheat market."

Unlike Judge Henry Hudson in Virginia, who also found ObamaCare to be unconstitutional, Judge Vinson addresses the Administration's fallback argument that the Constitution's Necessary and Proper Clause justifies the law even if the Commerce Clause doesn't. He writes that this clause "is not an independent source of federal power" and "would vitiate the enumerated powers principle." In other words, the clause can't justify inherently unconstitutional actions.

Judge Vinson also went beyond the Virginia case in striking down the entire ObamaCare statute—paradoxically, an act of judicial modesty. Democrats intentionally left out a "severability" clause if one part of the bill was struck down, and the Administration repeatedly argued that the individual mandate was "essential" to the bill's goals and mechanisms and compared it to "a finely crafted watch." Judge Vinson writes that picking and choosing among thousands of sections would be "tantamount to rewriting a statute in an attempt to salvage it."

We take a measure of vindication in the decision—David Rivkin and Lee Casey, the lawyers who argued the Florida case, first suggested in these pages that the individual mandate was unconstitutional. Judge Vinson's learned opinion has put down a Constitutional argument that will reverberate all the way to the Supreme Court.