AH, THE SWEET SOUND OF THE MEUZZIN CALLING ME TO PRAYER 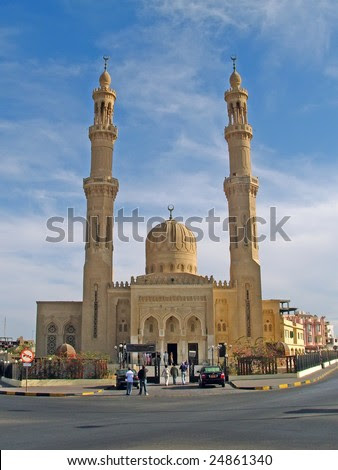 AN EXCERPT FROM OBAMA'S SPEECH AT CAIRO UNIVERSITY


I'm a Christian, but my father came from a Kenyan family that includes generations of Muslims.  As a boy, I spent several years in Indonesia and heard the call of the azaan at the break of dawn and at the fall of dusk.  As a young man, I worked in Chicago communities where many found dignity and peace in their Muslim faith.
As a student of history, I also know civilization's debt to Islam.  It was Islam -- at places like Al-Azhar -- that carried the light of learning through so many centuries, paving the way for Europe's Renaissance and Enlightenment.  It was innovation in Muslim communities -- (applause) -- it was innovation in Muslim communities that developed the order of algebra; our magnetic compass and tools of navigation; our mastery of pens and printing; our understanding of how disease spreads and how it can be healed.  Islamic culture has given us majestic arches and soaring spires; timeless poetry and cherished music; elegant calligraphy and places of peaceful contemplation.  And throughout history, Islam has demonstrated through words and deeds the possibilities of religious tolerance and racial equality.  (Applause.)
I also know that Islam has always been a part of America's story.  The first nation to recognize my country was Morocco.  In signing the Treaty of Tripoli in 1796, our second President, John Adams, wrote, "The United States has in itself no character of enmity against the laws, religion or tranquility of Muslims."  And since our founding, American Muslims have enriched the United States.  They have fought in our wars, they have served in our government, they have stood for civil rights, they have started businesses, they have taught at our universities, they've excelled in our sports arenas, they've won Nobel Prizes, built our tallest building, and lit the Olympic Torch.  And when the first Muslim American was recently elected to Congress, he took the oath to defend our Constitution using the same Holy Koran that one of our Founding Fathers -- Thomas Jefferson -- kept in his personal library.  (Applause.)
So I have known Islam on three continents before coming to the region where it was first revealed.  That experience guides my conviction that partnership between America and Islam must be based on what Islam is, not what it isn't.  And I consider it part of my responsibility as President of the United States to fight against negative stereotypes of Islam wherever they appear. (Applause.)

AUDIENCE MEMBER:  Barack Obama, we love you!
PRESIDENT OBAMA:  Thank you.  (Applause.)  The fifth issue that we must address together is religious freedom.

Islam has a proud tradition of tolerance.  We see it in the history of Andalusia and Cordoba during the Inquisition.  I saw it firsthand as a child in Indonesia, where devout Christians worshiped freely in an overwhelmingly Muslim country.  That is the spirit we need today.  People in every country should be free to choose and live their faith based upon the persuasion of the mind and the heart and the soul.  This tolerance is essential for religion to thrive, but it's being challenged in many different ways.
Among some Muslims, there's a disturbing tendency to measure one's own faith by the rejection of somebody else's faith.  The richness of religious diversity must be upheld -- whether it is for Maronites in Lebanon or the Copts in Egypt.  (Applause.)  And if we are being honest, fault lines must be closed among Muslims, as well, as the divisions between Sunni and Shia have led to tragic violence, particularly in Iraq.
Freedom of religion is central to the ability of peoples to live together.  We must always examine the ways in which we protect it.  For instance, in the United States, rules on charitable giving have made it harder for Muslims to fulfill their religious obligation.  That's why I'm committed to working with American Muslims to ensure that they can fulfill zakat.
Likewise, it is important for Western countries to avoid impeding Muslim citizens from practicing religion as they see fit -- for instance, by dictating what clothes a Muslim woman should wear.  We can't disguise hostility towards any religion behind the pretence of liberalism.
In fact, faith should bring us together.  And that's why we're forging service projects in America to bring together Christians, Muslims, and Jews.  That's why we welcome efforts like Saudi Arabian King Abdullah's interfaith dialogue and Turkey's leadership in the Alliance of Civilizations.  Around the world, we can turn dialogue into interfaith service, so bridges between peoples lead to action -- whether it is combating malaria in Africa, or providing relief after a natural disaster.

Read more: http://www.nydailynews.com/news/politics/$m.local.contentUrl#ixzz21eRuHVU5
Posted by Leo Rugiens at 8:59 AM