ONLY IDIOTS AND LIBERALS CAN MAKE A SYMBOL OF DEFEAT A THREAT, BUT THEN I REPEAT MYSELF !!! 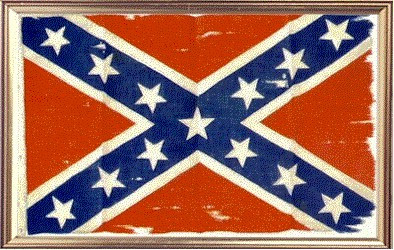 ON THE SOUTH AND HISTORY

The media’s response to a crazed, disturbed racist who murdered peaceful God-fearing people in a church was not to embark on a conversation about the need for mental health reform. It was another national level pressure campaign to frame Republican politicians as racists depending on their attitude toward the Confederate battle flag flying over a memorial. Thankfully, Nikki Haley was up to the challenge of this moment. Her remarks yesterday about the people of South Carolina and about the flag itself were heartfelt and came from exactly the right place – I urge you to watch them here. http://vlt.tc/1z6p  She says a great deal here, managing to defend both the flag and those who are offended by it, in the process reminding us what this really is about: how a free people govern themselves.

South Carolina is a lovely state, and Charleston a wonderful port city, full of beautiful people. I grew up there and still consider it my home town. It is a town full of the history of war and revolution, Sumter low-slung on the horizon, cobblestone streets made from the ballast of ships that brought “Saxon steel and iron to her hands/and summer to her courts.” And the way I have heard this town and its people smeared in the past few months is astonishing to me. The reality is that the American South has tangled more openly and more seriously with the issue of race than any other part of the country. It has had its conversation, and has the blood and the symbols and the graves to show for it.

When national commentators with no connection to this place put themselves forward as self-made arbiters of when it can be considered civilized – they are already moving on to the question of how many boulevards may be named after Confederates – it reminds me that it is a good thing to know the history of where you came from and why you are here, and a terrible thing to forget it. Knowing where you came from helps you understand who you are. This is not always an easy thing. Often it is easier to pretend history never happened. But in the long run, forgetting is more dangerous to a free people.

Mollie Hemingway has more. http://vlt.tc/1z6o  “A lot of the outrage over the flag seems somewhat cold, given the horror of what last week brought. We had nine black people brutally murdered because they were black and sitting in a church with a history of fighting white supremacy. With all due deference to hatred for a Confederate flag on a pole at the statehouse, this seems like an almost childlike attempt to miss the seriousness of the situation. It’s as if they expect us to say, “Congratulations! You oppose the flag of an army that was defeated 150 years ago. We’re all very proud of you, journalists!” This generation seems to excel at inventing controversies, weighing in on those invented controversies, and then patting itself on the back for being so courageous and open-minded…

“[H]ow we manage these processes of disapproval truly is important for civil society. To quote Heinrich Heine, a man who definitely knew of what he spoke, “Where they have burned books, they will end in burning men.” Mobs aren’t actually the best judges of such processes, no matter how righteous they feel or certain of their cause. Listen, it’s great that we’re aiming to be an anti-racist society. That’s very, very good! But it’s bad that we are slowly forgetting how to dislike something without seeking its utter destruction. Somehow we’ve abandoned the aesthetic of Abraham Lincoln for that of Mao Tse-Tung.” 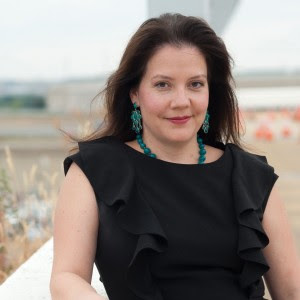 The U.S. Civil War was a war that never should have been fought. Some 620,000 men died because slavery, an inhumane and evil practice, was permitted in many portions of this country. The South gets most of the blame for that, but the north benefited from the regime as well, even though it didn’t directly practice enslavement at the time of the war.
I used to think the war was a bit more complicated than I do now, having had my mind changed thanks to some relatively recent guided readings of President Abraham Lincoln. But long story short, the Confederacy was wrong. For whatever it’s worth, I have no nostalgia for the Confederacy and zero positive feelings for flags that reference the Confederacy, save the one painted on the General Lee or, perhaps, the one painted on RuPaul.
For some reason, 100% of media types (give or take) dealt with their feelings of anger and powerlessness in the aftermath of the racist murders of 9 black members of Emanuel AME Church in Charleston, South Carolina, by calling in unison for a removal of a Confederate flag from South Carolina’s capitol grounds. The flag was only put up during the centenary of the Civil War and a modified version was moved to a less conspicuous place about 15 years ago. Republican Gov. Nikki Haley called for its removal on Monday, as have many other politicians. Russell Moore of the Southern Baptist Convention called for its removal earlier. Sure, sounds good. Go for it. Even acknowledging that the relationship of the flag to the people of South Carolina is a bit more complicated than outsiders can understand, I think it’s fair to argue the negative outweighs any positive there.
A lot of the surrounding media-led outrage over the flag seems somewhat cold, given the horror of what last week brought. We had nine black people brutally murdered because they were black and sitting in a church with a history of fighting white supremacy. With all due deference to hatred for a Confederate flag on a pole at the statehouse, this seems like an almost childlike attempt to miss the seriousness of the situation. It’s as if they expect us to say, “Congratulations! You oppose the flag of an army that was defeated 150 years ago. We’re all very proud of you, journalists!” This generation seems to excel at inventing controversies, weighing in on those invented controversies, and then patting itself on the back for being so courageous and open-minded.
The far more frightening reality that such invented controversies avoid is that mankind is full of sin, and that some of us show that sinfulness in racism and murder. Or as Aleksandr Solzhenitsyn wrote in The Gulag Archipelago:

“If only it were all so simple! If only there were evil people somewhere insidiously committing evil deeds, and it were necessary only to separate them from the rest of us and destroy them. But the line dividing good and evil cuts through the heart of every human being. And who is willing to destroy a piece of his own heart?”

The murderer of the Emanuel nine has done something particularly bad, but he isn’t the only person capable of evil out there. And getting rid of a flag is hardly the remedy for the racism and violence that infects our culture. How juvenile to think otherwise.
Still, it’s routine now for the media to respond to tragic events with a call for more government control. It’s not just shown by responding to mass shootings with calls for gun control. Remember how, until all the facts got in the way, the media blamed a fatal Amtrak derailment on a lack of federal funding, of all things?
CNN actually went “heretic hunting” to call on businesses to ban any goods sold that in any way reference a Confederate symbol (which, of course, includes many state flags). Check out this piece headlined “First on CNN: Walmart to stop selling Confederate flag merchandise.” See, it’s first on CNN because CNN decided to trade journalism-ing for activism-ing:

I mean, OK? Even this type of “Look! Squirrel!” avoidance of the actual tragedy of the Charleston terrorism was better than the naked political point scoring that was hard to distinguish from this fundraising email sent out by the Democratic Congressional Committee: