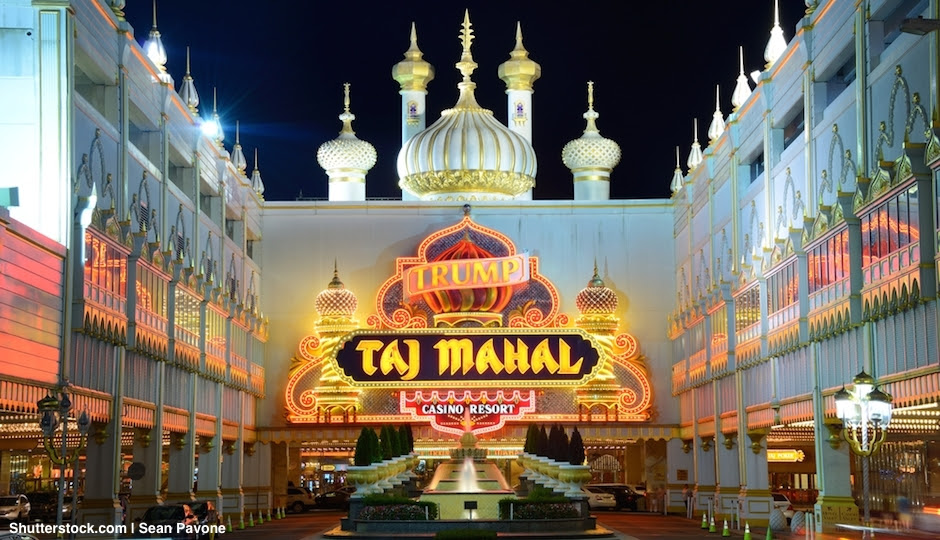 
Donald Trump rode the casino wave in Atlantic City, leaving bankruptcies and angry creditors in his wake. http://vlt.tc/240o  “A little over a year after the Taj opened, Trump’s casino operation filed for Chapter 11 bankruptcy protection, a provision that allows a company to reorganize without shutting down. Although it was a business bankruptcy, it took a personal toll. In exchange for a lower interest rate on his debt and more time to make payments, Trump agreed to limits on his personal spending. He also sold the Trump Shuttle airline, as well as his yacht. Trump filed for bankruptcy protection on his various casino enterprises three more times, in 1992, 2004, and 2009…

“Trump plays down the fact that he resorted to bankruptcy, and instead points to another sign that he is a good businessman: He left, folding his cards when others might have lost it all. Trump resigned from the board of directors of his casino company in February 2009… Trump still has a 10 percent stake in the casino company, but most of the operations are overseen by billionaire investor Carl Icahn. The Trump Plaza shut down completely in September 2014; the building is now empty, and the only sign that Trump was once there is an etching of his name that’s visible from the boardwalk…

“In Atlantic City, however, a drive down the city’s streets and a walk along the famed boardwalk show that everything did not work out fine here. Storefronts are boarded up, buildings large and small are vacant. Some city blocks have as many as three pawn shops. “Trump bet bigger than almost anybody else. He was happy to be identified with Atlantic City,” said Bryant Simon, author of “Boardwalk of Dreams: Atlantic City and the Fate of Urban America.” “When the going got tough, he was out of here. He abandoned the city.” …

“There are others in Atlantic City who still admire Trump, and remember the casinos’ heyday with a nostalgic glow. Sue Foula, a 78-year-old Greek immigrant, has for decades run a tiny diner in the shadows of the Taj’s hulking parking garage. She grows teary-eyed describing how hard the economy has hit. When Trump was running the casino next door, her restaurant, Constantino’s, was typically packed. She used to serve dinner, but now closes by 2 p.m.

“She wants to sell her place but can’t find a buyer. But for none of her woes does she blame Trump. “I love him dearly,” she says, sitting in a corner with a cran-apple juice and a pack of Marlboro’s. “When Donald was here, it was better.” She knows he’ll probably never come back to Atlantic City. But she does hope he becomes president.”