LET'S GET RID OF THIS ALBATROSS, IT SMELLS !!! 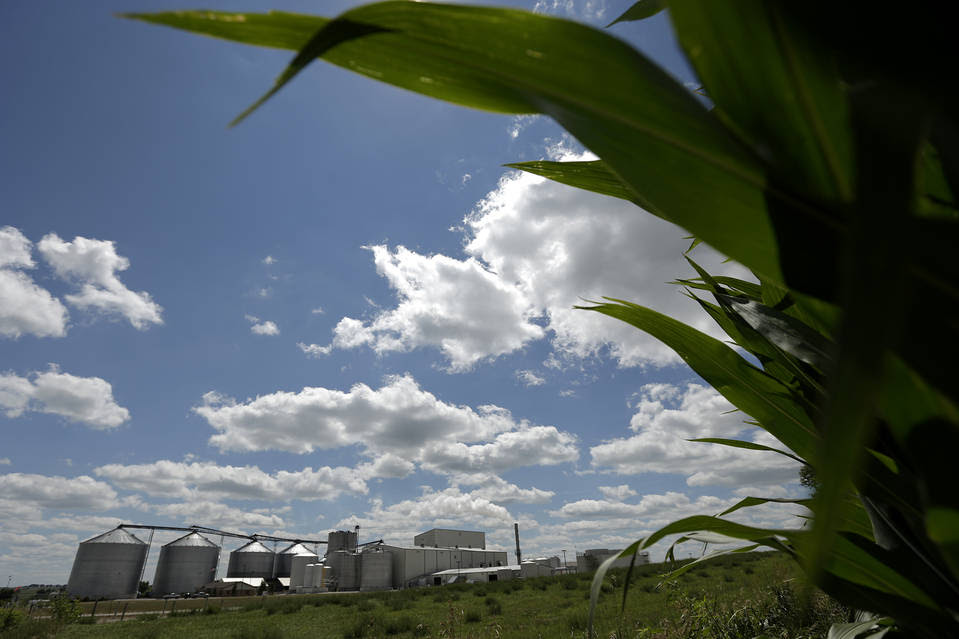 ENLARGE
An ethanol facility beside a cornfield near Coon Rapids, Iowa. Photo: Associated Press
By

112 COMMENTS
In the past two presidential-primary seasons, candidates crisscrossing Iowa before the caucuses would pay obeisance to corn ethanol and its compulsory use in gasoline. Yet in the current campaign, Sen. Ted Cruz reliably sits atop the Iowa polls even though he scoffs at the Renewable Fuel Standard passed by Congress in 2005 and expanded in 2007.
Maybe even Iowans are having second thoughts about a law that has been a boon to corn growers but hardly anyone else. Before long, it may be politically safe to take a wise step and eliminate the Renewable Fuel Standard (RFS). This would immediately and dramatically increase the demand for oil, help stabilize energy markets, boost the economy—and likely reduce carbon-dioxide emissions.
The RFS requires gasoline to contain a specified level of ethanol—renewable biofuels mostly from corn, but increasingly from other plant and animal substances. The law also requires the Environmental Protection Agency to periodically increase the amount of ethanol that must be used. But raising the amount of ethanol in gasoline past 10% could harm millions of car engines.
The EPA recently decided to increase the total amount of ethanol used from 11.62 billion gallons in 2014 to 18.11 billion gallons for 2016—a decision that made few people happy.
Ethanol producers are angry that the EPA succumbed to economic reality by not raising the requirement as high as they expected. But many environmentalists aren’t happy either, having come to realize that ethanol is an environmental problem, not a solution.
When the RFS was enacted, lawmakers believed that adding ethanol to the national gasoline supply would reduce reliance on oil imports. Today, ethanol’s downsides have become clear.
First, it increases the cost of driving. Current ethanol blends provide fewer miles per gallon, so drivers pay more to travel the same distance. According to the Institute for Energy Research, American drivers have paid an additional $83 billion since 2007 because of the RFS.
Second, ethanol adds more carbon dioxide to the atmosphere than it eliminates by replacing fossil fuels. The Environmental Working Group says that “corn ethanol is an environmental disaster.” The group explains: “The mandate to blend ethanol into gasoline has driven farmers to plow up land to plant corn—40 percent of the corn now grown in the U.S. is used to make ethanol. When farmers plow up grasslands and wetlands to grow corn, they release the carbon stored in the soil, contributing to climate-warming carbon emissions.” And then there is the carbon emitted in harvesting, transporting and processing the corn into ethanol.
The Congressional Budget Office notes that “available evidence suggests that replacing gasoline with corn ethanol has only limited potential for reducing emissions (and some studies indicate that it could increase emissions).”
Finally, the U.S. no longer needs renewable fuels to reduce its dependence on energy from foreign sources. Thanks to expansion in the oil and gas industry, the U.S. has outdistanced Russia and Saudi Arabia to become the world’s top oil and natural-gas producer. The U.S. could become energy independent in five years, according to the U.S. Energy Information Administration, but only if crude oil prices are high enough to keep American producers operating.
Replacing the 18 billion gallons of ethanol under the EPA’s 2016 RFS with roughly 18 billion gallons of gasoline would reduce the oil glut and improve the nation’s carbon footprint. Sounds like a candidate for bipartisan agreement.
Mr. Matthews is a resident scholar with the Institute for Policy Innovation in Dallas.
Posted by Leo Rugiens at 9:09 AM