THEY SAY ELEPHANTS NEVER FORGET, IN 1996 THEY FORGOT WHO THEY WERE; LET'S HOPE THINGS WILL BE DIFFERENT IN 2011

The GOP gets a second chance 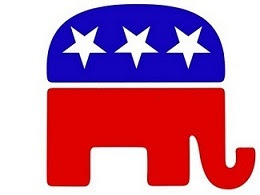 "We make a great mistake if we believe that tonight these results are somehow an embrace of the Republican Party," Florida's impressive senator-elect, Marco Rubio, said in his victory speech Tuesday night. "What they are is a second chance, a second chance for Republicans to be what they said they were going to be not so long ago."

The same sentiment was expressed by the likely next House majority leader, Eric Cantor of Virginia. "There isn't a lot of confidence focused on the Republicans yet," he told CBS the morning after the election. "It isn't necessarily a vote of confidence for Republican leadership."

Outside Congress, too, influential Republican strategists have been warning the victors against hubris and the temptation to gloat. "Republicans must not delude themselves," wrote political mastermind Karl Rove. "The voters didn't throw out the Democrats because they are enraptured with the GOP. . . . Republicans are on probation."

So they are. Voters have been betrayed in the past by Republicans who ran for office vowing to shrink the scope and cost and intrusiveness of government, only to end up presiding over ever-more-bloated budgets, record-setting deficits, increasingly unaffordable entitlements, and disgraceful ethical lapses.

The last time a GOP majority took control of the US House of Representatives -- under Newt Gingrich in January 1995 -- Republicans produced a list of more than 300 unnecessary federal agencies, funds, and programs that they intended to "zero out" as proof of their fiscal responsibility. Yet nearly every item on that list was still alive and well when the Republicans lost their majority 12 years later. By then the GOP had grown as addicted to pork-barrel spending and the perks of power as the Democrats they had campaigned against. In Cantor's words, Republicans had become "a party on the Bridge to Nowhere" -- a biting reference to the proposed Alaska bridge that became a national symbol of earmark sleaze and irresponsible pork-barrel politics.

The tidal wave that swept so many Democrats out to sea last week was a repudiation of the extremely liberal Obama-Pelosi agenda of the past two years -- the tax increases, the massive health-care overhaul, the trillion-dollar deficits, the regulatory explosion, and the condescending, we-know-best disdain for anyone who opposed them. As the lesser of two evils, Republicans ended up the big winners on Election Day. But they will not regain the trust they squandered the last time around without proving that they deserve it.

Indeed, according to a Rasmussen survey conducted last week, 59 percent of voters say it's likely -- 38 percent say very likely -- that Americans "will be disappointed with Republicans in Congress before the next national elections."

Intelligent Republicans know this only too well, which is why their historic gains on Nov. 2 triggered so little jubilation. "This is not a time for celebration," said John Boehner, who will become Speaker of the House when the 112th Congress is sworn in on Jan. 3.

What is it time for, then? First and foremost, it is time to reverse the destructive Obama policies that have alarmed so many voters and made businesses so uneasy. It is essential that Republicans keep tax rates from rising. They must roll back spending decisively. And they must dismantle as much of the misbegotten health-care law as a party in control of just one house of Congress can.

They must also make it clear that they have learned from the failure of the previous GOP majority. That means permanently ending the pork-and-earmark culture that has so corrupted the budgeting process. It means defunding, not perpetuating, the corporate welfare and agriculture subsidies that violate every free-market principle Republicans claim to stand for. It means keeping their promise that no legislation will be voted on until members have had sufficient time to read and understand it. It means an end to automatic congressional pay raises, which are both obnoxious and a violation of the 28th Amendment.

Power tends to corrupt, Lord Acton said. It certainly corrupted the last Republican majority, which got hooked on the pleasures of authority and came to resemble the corrupt Democratic majority it had replaced. Now Republicans are being given another opportunity to govern. Let's hope this time they stay true to their values.