Perry Is Right: There Is a Texas Model for Fixing Social Security

Public employees in three Texas counties have benefited from an 'Alternate Plan' for 30 years.

To highlight the problems facing Social Security, Texas Gov. and Republican presidential hopeful Rick Perry is pointing to three Texas counties that decades ago opted out of Social Security by creating personal retirement accounts. Now, 30 years on, county workers in those three jurisdictions retire with more money and have better death and disability supplemental benefits. And those three counties—unlike almost all others in the United States—face no long-term unfunded pension liabilities.


Since 1981 and 1982, workers in Galveston, Matagorda and Brazoria Counties have seen their retirement savings grow every year, even during the Great Recession. The so-called Alternate Plan of these three counties doesn't follow the traditional defined-benefit or defined-contribution model. Employee and employer contributions are actively managed by a financial planner—in this case, First Financial Benefits, Inc., of Houston, which originated the plan in 1980 and has managed it since its adoption. I call it a "banking model."


As with Social Security, employees contribute 6.2% of their income, with the county matching the contribution (or, as in Galveston, providing a slightly larger share). Once the county makes its contribution, its financial obligation is done—that's why there are no long-term unfunded liabilities. 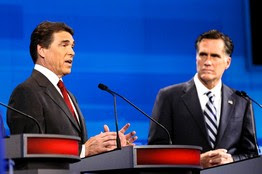 The contributions are pooled, like bank deposits, and top-rated financial institutions bid on the money. Those institutions guarantee an interest rate that won't go below a base level and goes higher when the market does well. Over the last decade, the accounts have earned between 3.75% and 5.75% every year, with the average around 5%. The 1990s often saw even higher interest rates, of 6.5%-7%. When the market goes up, employees make more—and when the market goes down, employees still make something.

But not all money goes into employees' retirement accounts. When financial planner Rick Gornto devised the Alternate Plan in 1980, he wanted it to be a complete substitute for Social Security. And Social Security isn't just a retirement fund: It's also social insurance that provides a death benefit ($255), survivors' insurance, and a disability benefit.

Part of the employer contribution in the Alternate Plan goes toward a term life insurance policy that pays four times the employee's salary tax-free, up to a maximum of $215,000. That's nearly 850 times Social Security's death benefit.

If a worker participating in Social Security dies before retirement, he loses his contribution (though part of that money might go to surviving children or a spouse who didn't work). But a worker in the Alternate Plan owns his account, so the entire account belongs to his estate. There is also a disability benefit that pays immediately upon injury, rather than waiting six months plus other restrictions, as under Social Security.

Those who retire under the Texas counties' Alternate Plan do much better than those on Social Security. According to First Financial's calculations, based on 40 years of contributions:

The Alternate Plan has demonstrated over 30 years that personal retirement accounts work, with many retirees making more than twice what they would under Social Security. As Galveston County Judge Mark Henry says, "The plan works great. Anyone who spends a few minutes understanding the plan becomes a huge proponent." Judge Henry says that out of 1,350 county employees, only five have chosen not to participate.

The Alternate Plan could be adopted today by the six million public employees in the U.S.—roughly 25% of the total—who are part of state and local government retirement plans that are outside of Social Security (and are facing serious unfunded liability problems). Unfortunately this option is available only to those six million public employees, since in 1983 Congress barred all others from leaving Social Security.

If Congress overrides this provision, however, the Alternate Plan could be a model for reforming Social Security nationally. After all, it provides all the social-insurance benefits of Social Security while avoiding the unfunded liabilities that are crippling the program and the economy.

If the presidential candidates, including President Obama, stop bickering about who wants to "save" or "destroy" Social Security and begin debating reform constructively, examining the Alternate Plan would be a good place to start.

Mr. Matthews is a resident scholar with the Institute for Policy Innovation in Dallas.
Posted by Leo Rugiens at 6:01 AM