THE PATRICK FITZGERALD SCANDAL, A TERRIBLE MISCARRIAGE OF JUSTICE 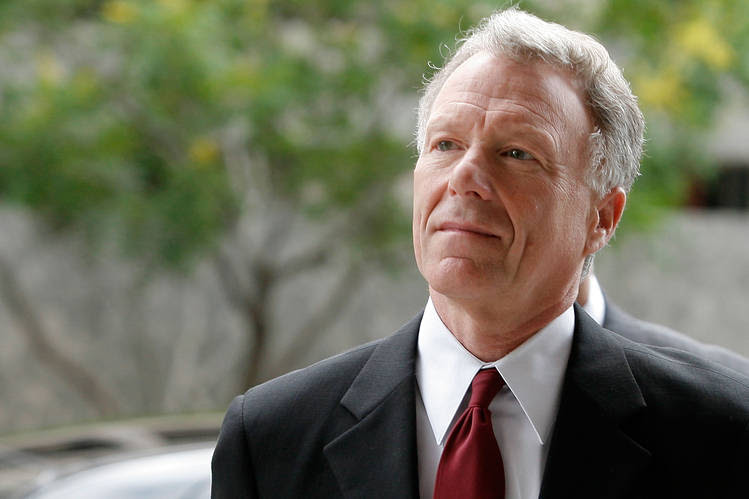 April 6, 2015 7:17 p.m. ET
One of George W. Bush’s worst decisions was failing to pardon Lewis “Scooter” Libby before he left the White House, as we and others urged him to do at the time. That abdication looks even worse today as the chief if reluctant prosecution witness against Mr. Libby, journalist Judith Miller, says she now believes her testimony at trial was wrong.
.
Peter Berkowitz recounts the story in detail nearby based on Ms. Miller’s revelation in her new book, released this week. She says she testified truthfully, but she now believes based on information she didn’t know at the time that she was led into a false conclusion about her notes by special prosecutor Patrick Fitzgerald. The perjury case against Mr. Libby was always flimsy, hanging on uncertain memories from years earlier about noncriminal behavior. But if Ms. Miller’s testimony was false, then the conviction was an even worse injustice than we thought.
.
Why bring all this up now? Well, it is never too late to correct an unjust conviction, and Mr. Libby deserves to have his reputation restored. The episode also teaches lessons about the methods of modern prosecutors, as well as the pitfalls of Washington that the many Republicans running for the White House should want to avoid.
.
Rule one should be never to take the media bait and appoint an unsupervised special prosecutor. Mr. Bush gave in to the pressure, and then Attorney General John Ashcroft abdicated his duty and recused himself. That left the choice of prosecutor to Deputy Attorney General Jim Comey (now President Obama’s FBI director), who picked Mr. Fitzgerald, his old prosecutorial pal and godfather to one of his children.
.
Mr. Fitzgerald became a Javert who wanted to get Vice President Dick Cheney for something, and he zeroed in on Mr. Libby, the Veep’s chief of staff, as his vehicle. Ms. Miller reports that Mr. Fitzgerald twice told Mr. Libby’s lawyer that he would drop all charges against Mr. Libby’s if the chief of staff turned state’s evidence on Mr. Cheney. Mr. Libby had no evidence to trade, and Mr. Fitzgerald then set out to ruin Mr. Libby.
.
It’s also clearer now why Mr. Fitzgerald fought so hard to bar from the trial an expert on the vagaries of memory. Such an expert would have testified how often human beings wrongly recall the source of information. Mr. Libby’s Washington, D.C., jury was stacked with Democrats during the height of anti-Iraq war fever, but at least one juror might have found reasonable doubt after hearing testimony on the science of memory.
.
The shame is that Judge Reggie Walton contributed to the injustice by barring such a witness in the Libby trial. Mr. Fitzgerald’s behavior is all too typical of today’s prosecutors who want to make a name for themselves, or are out for a political score. Recall the failure to disclose exculpatory evidence in the case against the late Senator Ted Stevens.
.
Another lesson is about Presidents and loyalty. Mr. Bush helped make the careers of men like Mr. Comey, and Deputy Secretary of State Richard Armitage, who nonetheless worked to sabotage his policies on national security or Iraq from inside the Administration. They became media and Beltway celebrities for it.
.
Yet Mr. Bush abandoned Mr. Libby, who was a rare White House official fighting for a counter-insurgency strategy in Iraq as early as 2003-2004. Mr. Bush didn’t adopt that strategy until 2007, and only after a policy insurgency led by General David Petraeus working through former General Jack Keane and Mr. Cheney, who had to overcome Mr. Bush’s closest advisers such as Secretary of State Condoleezza Rice.
.
The least Mr. Bush could have done was not leave Mr. Libby behind on the battlefield before his Presidency ended. He commuted his sentence but refused a pardon. This betrayal was a failure of presidential character that stains Mr. Bush’s legacy. The next Republican President should learn from that betrayal. He should also make amends and pardon Mr. Libby in his first week in office.