FOR SALE: ONE SENATOR (D-Neb.) NO PRINCIPLES, LOW PRICE 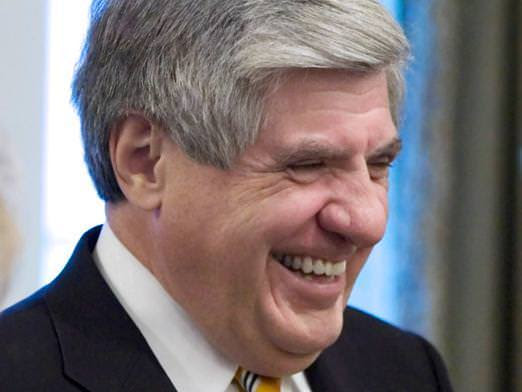 Sometimes there is a fine ethical line between legislative maneuvering and bribery. At other times, that line is crossed by a speeding, honking tractor-trailer, with outlines of shapely women on mud flaps bouncing as it rumbles past.
Such was the case in the final hours of Senate Majority Leader Harry Reid's successful attempt to get cloture on health-care reform. Sen. Ben Nelson of Nebraska, the last Democratic holdout, was offered and accepted a permanent exemption from his state's share of Medicaid expansion, amounting to $100 million over 10 years.
Afterward, Reid was unapologetic. "You'll find," he said, "a number of states that are treated differently than other states. That's what legislating is all about."
But legislating, presumably, is also about giving public reasons for the expenditure of public funds. Are Cornhuskers particularly sickly and fragile? Is there a malaria outbreak in Grand Island? Ebola detected in Lincoln?
Reid didn't even attempt to offer a reason why Medicaid in Nebraska should be treated differently from, say, Medicaid across the Missouri River in Iowa. The majority leader bought a vote with someone else's money. Does this conclusion sound harsh? Listen to Sen. Lindsey Graham of South Carolina, who accused the Senate leadership and the administration of "backroom deals that amount to bribes" and "seedy Chicago politics" that "personifies the worst of Washington."
This special deal for Nebraska raises an immediate question: Why doesn't every Democratic senator demand the same treatment for his or her state? Eventually, they will. After the Nelson deal was announced, Sen. Tom Harkin of Iowa enthused, "When you look at it, I thought well, God, good, it is going to be the impetus for all the states to stay at 100 percent (coverage by the federal government). So he might have done all of us a favor." In a single concession, Reid undermined the theory of Medicaid -- designed as a shared burden between states and the federal government -- and added to future federal deficits.
Unless this little sweetener is stripped from the final bill by a House-Senate conference committee in January, which would leave Nelson with a choice. He could enrage his party by blocking health reform for the sake of $100 million -- making the narrowness of his interests clear to everyone. Or he could give in -- looking not only venal but also foolish.
How did Nelson gain such leverage in the legislative process in the first place? Because many assumed that his objections to abortion coverage in the health bill were serious -- not a cover, but a conviction. Even though Nelson, a rare pro-life Democrat, joked in an interview that he might be considered a "cheap date," Republican leadership staffers in the Senate thought he might insist on language in the health-care bill preventing public funds from going to insurance plans that cover abortion on demand, as Democratic Rep. Bart Stupak had done in the House.
Instead, Nelson caved. The "compromise" he accepted allows states to prohibit the coverage of elective abortions in their insurance exchanges. Which means that Nebraska taxpayers may not be forced to subsidize insurance plans that cover abortions in Nebraska. But they will certainly be required to subsidize such plans in California, New York and many other states.
In the end, Nelson not only surrendered his beliefs, he also betrayed the principle of the Hyde Amendment, which since 1976 has prevented the coverage of elective abortion in federally funded insurance. Nelson not only violated his pro-life convictions, he also may force millions of Americans to violate theirs as well.
I can respect those who are pro-life out of conviction and those who are pro-choice out of conviction. It is more difficult to respect politicians willing to use their deepest beliefs -- and the deepest beliefs of others -- as bargaining chips.
In a single evening, Nelson managed to undermine the logic of Medicaid, abandon three decades of protections under the Hyde Amendment and increase the public stock of cynicism. For what? For the sake of legislation that greatly expands a health entitlement without reforming the health system; that siphons hundreds of billions of dollars out of Medicare instead of using that money to reform Medicare; that imposes seven taxes on Americans making less than $250,000 a year, in direct violation of a presidential pledge; that employs Enron-style accounting methods to inflate future cost savings; that pretends to tame the insurance companies while making insurance companies the largest beneficiaries of reform.
And, yes, for $100 million. It is the cheap date equivalent of Taco Bell.