THIS AMATEUR HOUR HAS GONE ON LONG ENOUGH, SOMEONE PLEASE RING THE GONG AND BRING IN THE HOOK 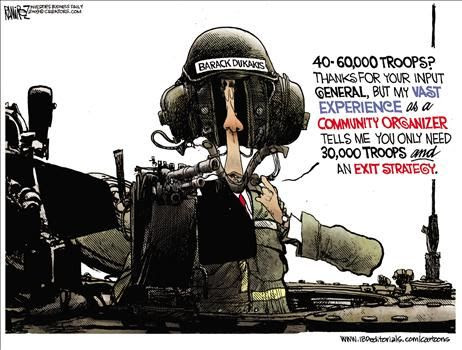 On the Glenn Beck show on Fox News Channel yesterday Glen showed us a graph that revealed the percentage of the cabinet appointees of each of the United States presidents since Franklin Delano Roosevelt who had had any experience running a business in the private sector. Such experience is important because it enables the formulators of the policies of our Federal Government to know beforehand just what the impact of some of the proposed government regulations will have on the private sector. Here are the percentages which Beck showed his TV audience:

THAT IS RIGHT! EIGHT PERCENT!
That goes a long way to explain some of the horrendous errors of judgment the Obama administration has made and continues to make.
I feel certain that this Nation will have a great deal of difficulty surviving until 2012!