HE IS AN OPERATOR WHO IS NOT OPERATING IN GOOD FAITH

Obama increasingly comes across as devious and dishonest.

Something's happening to President Obama's relationship with those who are inclined not to like his policies. They are now inclined not to like him. His supporters would say, "Nothing new there," but actually I think there is. I'm referring to the broad, stable, nonradical, non-birther right. Among them the level of dislike for the president has ratcheted up sharply the past few months.
It's not due to the election, and it's not because the Republican candidates are so compelling and making such brilliant cases against him. That, actually, isn't happening.


What is happening is that the president is coming across more and more as a trimmer, as an operator who's not operating in good faith. This is hardening positions and leading to increased political bitterness. And it's his fault, too. As an increase in polarization is a bad thing, it's a big fault. 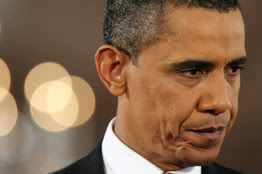 
The shift started on Jan. 20, with the mandate that agencies of the Catholic Church would have to provide birth-control services the church finds morally repugnant. The public reaction? "You're kidding me. That's not just bad judgment and a lack of civic tact, it's not even constitutional!" Faced with the blowback, the president offered a so-called accommodation that even its supporters recognized as devious. Not ill-advised, devious. Then his operatives flooded the airwaves with dishonest—not wrongheaded, dishonest—charges that those who defend the church's religious liberties are trying to take away your contraceptives.


What a sour taste this all left. How shocking it was, including for those in the church who'd been in touch with the administration and were murmuring about having been misled.
Events of just the past 10 days have contributed to the shift. There was the open-mic conversation with Russian President Dmitry Medvedev in which Mr. Obama pleaded for "space" and said he will have "more flexibility" in his negotiations once the election is over and those pesky voters have done their thing. On tape it looked so bush-league, so faux-sophisticated. When he knew he'd been caught, the president tried to laugh it off by comically covering a mic in a following meeting. It was all so . . . creepy. 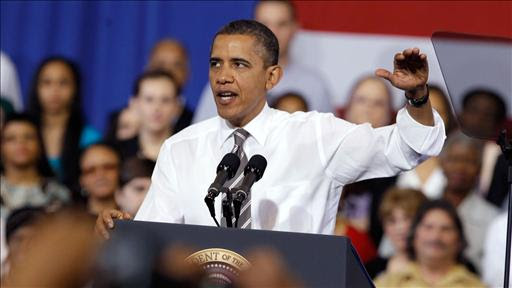 Best of the Web columnist James Taranto on whether voters who favored Obama in 2008 think the President is naÃ¯ve.


Next, a boy of 17 is shot and killed under disputed and unclear circumstances. The whole issue is racially charged, emotions are high, and the only memorable words from the president's response were, "If I had a son he'd look like Trayvon." At first it seemed OK—not great, but all right—but as the story continued and suddenly there were death threats and tweeted addresses and congressmen in hoodies, it seemed insufficient to the moment. At the end of the day, the public reaction seemed to be: "Hey buddy, we don't need you to personalize what is already too dramatic, it's not about you."
Now this week the Supreme Court arguments on ObamaCare, which have made that law look so hollow, so careless, that it amounts to a characterological indictment of the administration. The constitutional law professor from the University of Chicago didn't notice the centerpiece of his agenda was not constitutional? How did that happen?


Maybe a stinging decision is coming, maybe not, but in a purely political sense this is how it looks: We were in crisis in 2009—we still are—and instead of doing something strong and pertinent about our economic woes, the president wasted history's time. He wasted time that was precious—the debt clock is still ticking!—by following an imaginary bunny that disappeared down a rabbit hole.
The high court's hearings gave off an overall air not of political misfeasance but malfeasance.
All these things have hardened lines of opposition, and left opponents with an aversion that will not go away.


In terms of the broad electorate, I'm not sure he really has a relationship. A president only gets a year or two to forge real bonds with the American people. In that time a crucial thing he must establish is that what is on his mind is what is on their mind. This is especially true during a crisis.
From the day Mr. Obama was sworn in, what was on the mind of the American people was financial calamity—unemployment, declining home values, foreclosures. These issues came within a context of some overarching questions: Can America survive its spending, its taxing, its regulating, is America over, can we turn it around?


That's what the American people were thinking about.


But the new president wasn't thinking about that. All the books written about the creation of economic policy within his administration make clear the president and his aides didn't know it was so bad, didn't understand the depth of the crisis, didn't have a sense of how long it would last. They didn't have their mind on what the American people had their mind on.


And so the relationship the president wanted never really knitted together. Health care was like the birth-control mandate: It came from his hermetically sealed inner circle, which operates with what seems an almost entirely abstract sense of America. They know Chicago, the machine, the ethnic realities. They know Democratic Party politics. They know the books they've read, largely written by people like them—bright, credentialed, intellectually cloistered. But there always seems a lack of lived experience among them, which is why they were so surprised by the town hall uprisings of August 2009 and the 2010 midterm elections.
If you jumped into a time machine to the day after the election, in November, 2012, and saw a headline saying "Obama Loses," do you imagine that would be followed by widespread sadness, pain and a rending of garments? You do not. Even his own supporters will not be that sad. It's hard to imagine people running around in 2014 saying, "If only Obama were president!" Including Mr. Obama, who is said by all who know him to be deeply competitive, but who doesn't seem to like his job that much. As a former president he'd be quiet, detached, aloof. He'd make speeches and write a memoir laced with a certain high-toned bitterness. It was the Republicans' fault. They didn't want to work with him.


He will likely not see even then that an American president has to make the other side work with him. You think Tip O'Neill liked Ronald Reagan? You think he wanted to give him the gift of compromise? He was a mean, tough partisan who went to work every day to defeat Ronald Reagan.

But forced by facts and numbers to deal, he dealt. So did Reagan.
An American president has to make cooperation happen.
But we've strayed from the point. Mr. Obama has a largely nonexistent relationship with many, and a worsening relationship with some.


Really, he cannot win the coming election. But the Republicans, still, can lose it. At this point in the column we usually sigh.

A version of this article appeared Mar. 31, 2012, on page A13 in some U.S. editions of The Wall Street Journal, with the headline: Not-So-Smooth Operator.