MITT ROMNEY IS THE GODFATHER OF OBAMACARE


On the health-insurance mandate, Romney plays both sides

THEY SAY all things must end, but the wrangling over Mitt Romney's support for an individual health-insurance mandate persists without letup. 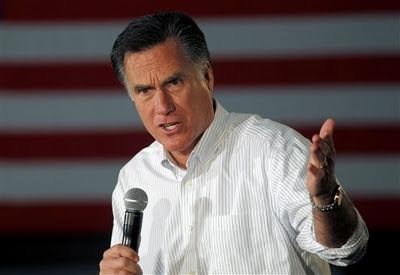 It has been nearly six years since Romney, with much fanfare, signed the Massachusetts health-care overhaul into law. On the eve of the signing ceremony he had praised the bill's requirement that every resident obtain health insurance, and suggested with pride that the rest of the nation might want to follow the Bay State's lead. "How much of our health-care plan applies to other states?" he wrote in The Wall Street Journal. "A lot."
It was a message he would reiterate time and again.
"I'm proud of what we've done," Romney told a Baltimore audience in February 2007. "If Massachusetts succeeds in implementing it, then that will be a model for the nation." In Iowa that summer, he waxed enthusiastic about the new law and its mandate: "We have to have our citizens insured," he insisted. "What you have to do is what we did in Massachusetts. Is it perfect? No. But we say, let's rely on personal responsibility.... No more free rides."
In the spring of 2009, as congressional debate over ObamaCare intensified, Romney was asked on CNN's "State of the Union" whether his 2006 law was a good model for the nation. His answer: "Well, I think so!" A few weeks later he again touted the Massachusetts scheme for "getting every citizen insured" as one Washington should heed: "Using tax penalties, as we did … encourages 'free riders' to take responsibility for themselves rather than pass their medical costs on to others. "
If anything should be uncontested by now, it is Romney's faith in the wisdom of a Massachusetts-style mandate for health insurance. Yet the debate rages on.
Rick Santorum last week accused Romney of not telling the truth when he claimed "that somehow or other he was not for mandates on a federal level." Romney's spokeswoman fired back, accusing Santorum of "exaggerations and falsehoods," and avowing that her boss never backed a federal individual mandate. The Democratic National Committee weighed in with an ad mocking Romney as being "against individual mandates -- except when he's for them." Glenn Kessler cried foul in The Washington Post, noting that Romney has often expressed support for a state-by-state approach to health insurance. Nonsense, replied Reason magazine's Peter Suderman. "If you look at [Romney's] record, it's hard to conclude that he did not support copying the Massachusetts plan at the federal level, including the mandate."
What's really going on here, it seems to me, is not disagreement over what Romney has said, but a quarrel over what he believes. No one disputes that he has praised RomneyCare's individual mandate, extolled it as "conservative," and pronounced it a success lawmakers elsewhere should emulate. Nor is there any doubt that he has repeatedly invoked the value of state-by-state reforms. Romney often draws a distinction between a state-level mandate like the one imposed in Massachusetts and the unconstitutional mandate imposed nationally by ObamaCare.
But the problem has never been that Romney yearns to force a Massachusetts-style insurance mandate on the nation. It's whether he still thinks such mandates are a good idea. "When it's all said and done," he told Tim Russert in December 2007, "after all these states that are the laboratories of democracy … try their own plans, those who follow the path that we pursued will find it's the best path, and we'll end up with a nation that's taken a mandate approach." Romney has never disavowed that attitude. And for many liberty-minded GOP voters, that's not a minor issue.
RomneyCare grows steadily more onerous -- the annual penalty for not buying health insurance in Massachusetts now runs as high as $1,260. ObamaCare remains far from popular. Naturally Romney now prefers to emphasize the part of his health-care plan that would let states decide these issues for themselves. And to be sure, a president who respected federalism would be an improvement.
But far better would be a president who understood that it is not government's job at any level to coax or compel everyone to get medical insurance. Better yet would be a president who resisted, instead of encouraging, our overreliance on insurance to pay for routine health care. Romney salutes free-market principles, yet he continues to hail RomneyCare as a success. The two positions are incompatible. So long as Romney lays claim to both, the wrangling over what he really believes will never end.
(Jeff Jacoby is a columnist for The Boston Globe. His website is www.JeffJacoby.com).
Posted by Leo Rugiens at 11:12 PM