EDWARD SNOWDEN IS NO HERO, HE IS A TRAITOR 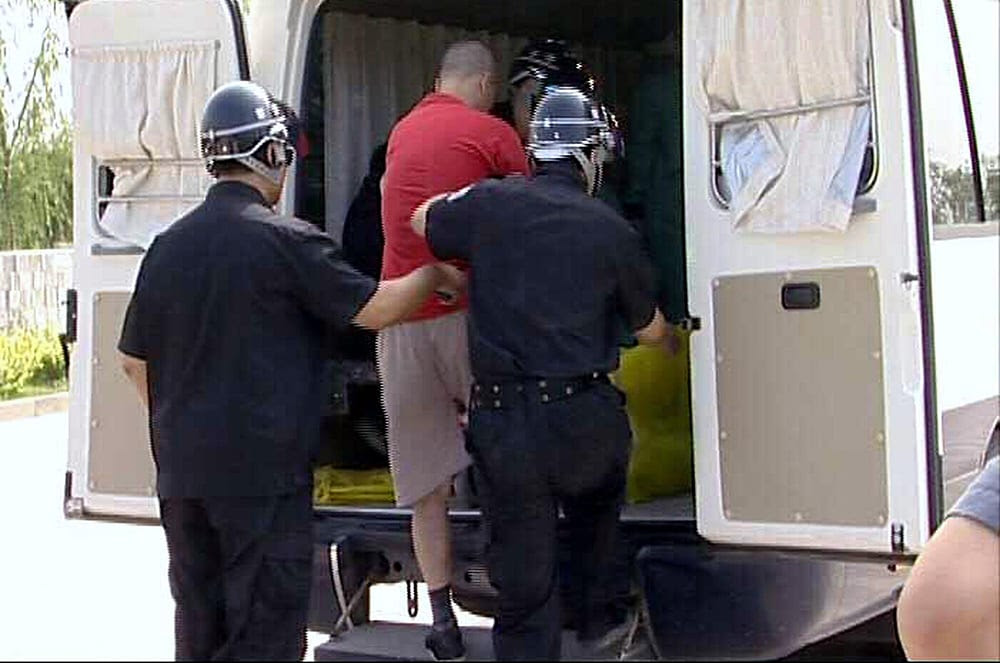 Chinese police lead a condemned man into a special execution van to be put to death. (AFP/Getty Images)

THE WALL STREET JOURNAL ONLINE
14 June 13
The decision of Edward Snowden, the 29-year-old contractor who exposed details of top-secret U.S. spy programs, to hole up in Hong Kong is one of more bizarre aspects to this story. He told the South China Morning Post this week that he chose Hong Kong to better broadcast his revelations, not to flee U.S. justice. But Mr. Snowden seems determined to use that stage to inflict maximum damage on the U.S. government and its reputation abroad.
In the same interview with the Post, Mr. Snowden accused the National Security Agency of spying on the Internet backbone in Hong Kong since 2009 as well as hundreds of targets in China, and provided documents to back up his claims. He may have inflicted serious damage to the U.S. national interest by exposing a successful espionage operation. It's hard to see how this squares with his insistence that he is a "whistle-blower" motivated by patriotism.
Mr. Snowden has also damaged the cause of civil liberties he claims to defend. Beijing has long tried to deflect Western criticisms of its human rights record by criticizing shortcomings in the U.S. and Europe. This attempt at moral equivalence has always fallen flat. Reporters Without Borders calls China "the world's biggest prison for journalists, bloggers and cyber-dissidents." But now the Communist Party has a new advocate who some in the U.S. are hailing as a hero.
Even in Hong Kong, Mr. Snowden fails to understand where the battle lines are drawn. He is correct that the territory has a tradition of protecting free speech with the rule of law. But the real threat to its freedoms comes from self-censorship because local tycoons have business interests on the mainland. It's notable that he gave his interview to the South China Morning Post, which has softened its China coverage in recent years.
Mr. Snowden tags U.S. "hypocrisy" for targeting China's civilian infrastructure while condemning Beijing for doing the same thing. The state-run media on the mainland has been quick to trumpet this accusation as well as exaggerated characterizations of NSA domestic snooping. However, he offers no evidence that the NSA steals commercial secrets the way China does.
Perhaps Mr. Snowden believes that he can make himself useful enough to Beijing that it will block his extradition from Hong Kong to the U.S. That would give him more of the notoriety he seems to crave. But it would also debunk the notion he is a crusader for freedom.
Posted by Leo Rugiens at 12:56 PM