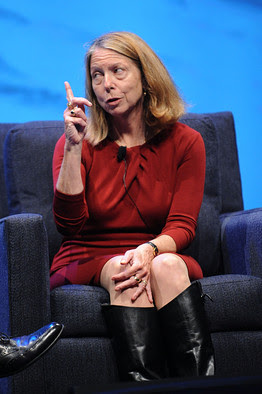 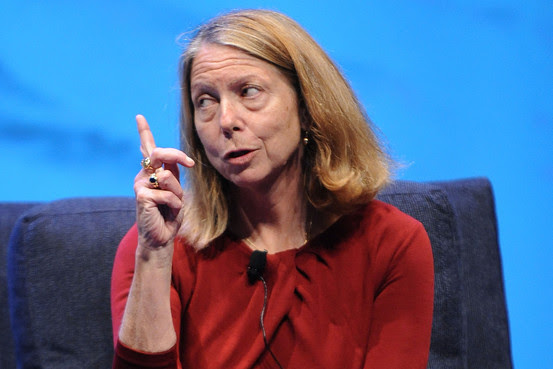 THE WALL STREET JOURNAL ONLINE
BEST OF THE WEB TODAY
June 3, 2013
License to Scribe?
The New York Times broadens its opposition to the First Amendment rights of others.


"We are concerned that the process of news gathering is being criminalized," Jill Abramson, executive editor of the New York Times, said yesterday on CBS's "Face the Nation." She was referring to the Justice Department's investigations into illegal disclosure of classified information. "The Times and our readers are quite concerned about the six active criminal leak cases that the Obama administration has pursued," she told host Bob Schieffer. "That's more than all the other administrations combined." She added: "The First Amendment is first for a reason."

"Later," according to the Puffington Host, "she added that it was important to remember that the public is probably less invested in the case than journalists, and more preoccupied with other issues like the state of the economy and the cost of health care. 'Clearly, I'm very concerned about the leak cases . . . but I'm just not sure they come together and create [you] know--quote, unquote--an atmosphere of scandal,' Abramson said."

You can put that last quote down to partisan or ideological bias in favor of the Obama administration, but no doubt there's some truth to it. The Times's readers are doubtless less concerned about the leak investigation than its writers and editors, and nonreaders less still. Public esteem for the press is significantly lower than the press's self-esteem.

Consider an essay published today that describes reporting in shockingly sinister terms. It begins: "The harvesting of what is called nonpublic information is one of the secretive arts of Washington, where power resides in staying ahead of developments." These "information parasites," the essay declares, "make regular rounds to schmooze with well-situated acquaintances and discover what is in the works that is not yet on the public radar."

"Unlike registered lobbyists," these gatherers of information "are not required to report their clients and fees to the government." The essay acknowledges there's "nothing illegal here," but insists "these specialists should have to register like lobbyists so the public could at least find out who is accorded an inside track."

Government registration of reporters? Who would suggest such a thing in America? The New York Times editorial page--though as is often the case, it's not clear the editors have thought through the implications of their position. Presumably the Times does not wish its own employees, or others who work for mass-media organizations, to have to register. The editorial is directed at "political intelligence operatives" who "sell . . . information to Wall Street traders and hedge funders who pay handsomely for an inside edge."

"It seems to me," observes blogger Ira Stoll, "that the only difference between what the Times calls 'information parasites' and the reporters the Times pays to cover Congress is that the Times charges lower fees to its subscribers and has a larger number of them, while the 'political intelligence operatives' have fewer customers and charge higher fees."

This isn't the first time the Times has attacked the First Amendment rights of nonmedia organizations. More than once this column has faulted the paper for its shrill opposition to Citizens United v. Federal Election Commission, the landmark 2010 case in which the U.S. Supreme Court held that the government may not censor political speech merely because the entity engaging in it has a corporate structure.

The laws the court struck down in Citizens United included an exemption for "media corporations." Last November, as we noted at the time, the Times offered a justification for protecting the expression of its kind only: "It is not the corporate structure of media companies that makes them deserving of constitutional protection. It is their function--the vital role that the press plays in American democracy--that sets them apart."

The first half of this formulation knocks down a straw man. Nobody argues that a "corporate structure" is a justification for constitutional protection. The Constitution itself, by recognizing the right to free expression, is sufficient to justify, indeed to make obligatory, its legal protection. By suggesting that free expression belongs only to the "deserving," the Times recasts it as a privilege, not a right--akin to driving on public roads.

Presumably the Times's own reporters and other "deserving" journalists would be exempt from its proposed requirement that "political intelligence operatives" register with the government. But that would amount to a de facto licensing system for the press. It would be left for the government to draw the line between "information parasites" and legitimate reporters.

If the hypothetical regulation had real teeth--and the Times editors' ferocity on the subject suggest they'd like it to--it could, if enforced impartially, easily lead to regulation of news organizations, many of which offer premium information services to institutional clients. One expects the Times editors would find that objectionable and would wield their influence to argue against any infringement on the First Amendment rights of mass-media companies.

If the Times editors had their way, then, the government would impose regulations protecting their industry from competitive threats. That doesn't set media companies apart from other businesses. Instead it suggests they are as prone as anyone else to rent-seeking behavior.