SHOOTERS GO WHERE PEOPLE DO NOT CARRY GUNS 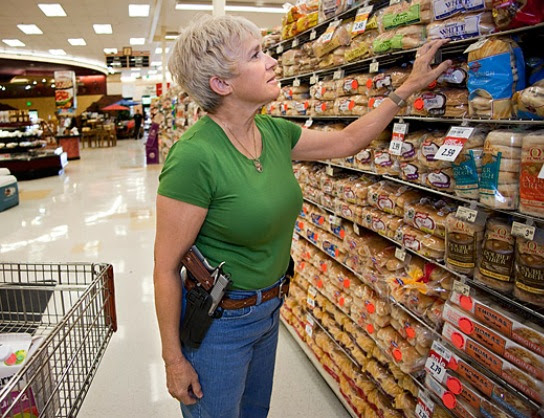 Back in March, the Pew Research Center polled the following question: "Compared with 20 years ago, has the number of gun crimes in America gone up, gone down or stayed the same?
.
Just 12% responded correctly that gun crimes had fallen in the past two decades, while some 55% thought they had risen. That wide misperception could be due to the fact that the liberal media, which has its own anti-gun agenda, has done a poor job of educating the public. It also might result from the fact that mass shootings, such as the one this month at the Navy Ship Yard in Washington, have been on the rise.
.
"Massacres grab headlines, and so may explain why many Americans believe, incorrectly, that gun crime is on the rise," reports the Economist magazine. "In fact, gun murders have fallen by half in the past 20 years, in line with a general decline in crime."
.
But why are there more mass shootings these days? One theory is the proliferation of public areas where guns are outlawed. "Since 1950, almost every single public shooting in the United States in which more than three people have been killed has taken place in what are commonly known as 'gun-free zones,'" reports the Washington Examiner. Recent shootings at schools and movie theaters illustrate this point. The Navy Yard shooting is another example. A policy implemented 20 years ago effectively banned people other than security guards from carrying guns on military bases.
.
The shooters go where it's less likely that someone will fire back.
Posted by Leo Rugiens at 9:04 PM