THERE IS AN INEXTRICABLE LINK BETWEEN CONTRACEPTION AND ABORTION 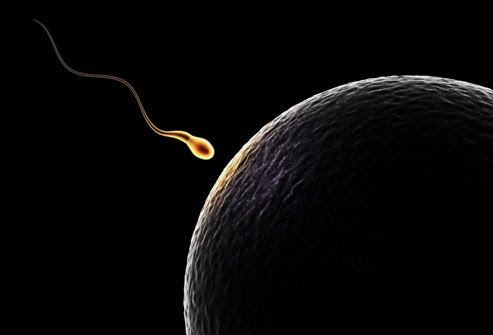 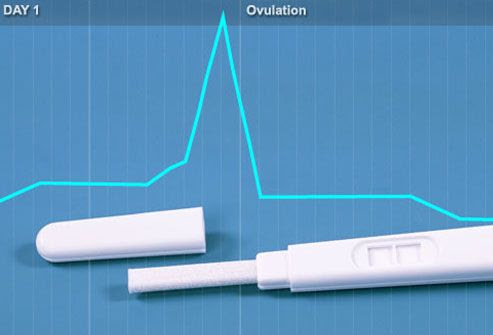 IVF offers hope when other infertility treatments are unsuccessful. It eliminates any barriers between egg and sperm by combining them in a lab. The growing embryos are then placed inside the uterus. Undergoing IVF can be unpleasant and expensive, with an average cycle costing $12,400. But success rates are growing every year. In 2012, IVF resulted in 61,740 births in the U.S., the most ever reported.

In the aftermath of the unsuccessful Personhood Amendment initiative in Mississippi, pro-life groups have much reason to reflect on their overall philosophy when it comes to when life begins and how much protection life should receive, matters that, as it turns out, are far from settled.  Rather than debate whether this Amendment failed because of the MSM or Planned Parenthood or whoever or whatever; rather than debate whether it would have been upheld by the Courts if it passed and was (inevitably) challenged; let us take a moment and look at the pro-life movement more fundamentally.  There must be a consistently intellectually honest view of life that underlies all pro-life efforts.  But it is clear today that there is not.  We must recognize and rectify it or the movement is lost because it will have no moral authority.

He is absolutely correct.  However, there is a contradiction when he says:  “Our opposition’s most successful tactics were steeped in falsehoods.  Despite testimony from countless experts including the Mississippi Center for Public Policy, numerous high-profile attorneys, and board certified physicians and OBGYNs, Amendment 26 opponents falsely claimed that the measure would ban in vitro fertilization (it couldn’t), ban contraception (it wouldn’t), and give protections to ‘eggs’ (it didn’t).” And then also says:  “In truth, Amendment 26 protected human embryos from the moment of conception.”
The Personhood Amendment debate in Mississippi and the comments of its primary supporter, show a shocking, but all too common, truth about the "pro-life" community as a whole.  Even the proponents of the Amendment go out of their way to say that this would not ban IVF and contraception.

As a matter of philosophical consistency and logic, "Why not?"  If they are seeking to protect all embryos from the moment of conception and define them as persons, how do you then exclude these two forms of life-beginning-at-conception from the protection they say they want?  Are they not persons, too?  How can you “protect human embryos from the moment of conception” andnot ban IVF and at least those forms of contraception that can be abortifacients?

It is important to realize how the Supreme Court got to its decision in Roe v. Wade, 410 U.S. 113 (1973), and its companion case, Doe v. Bolton, 410 U.S. 179 (1973).  Together Roe and Doe legalized abortion across all fifty states based principally on an alleged “right of privacy” in the U.S. Constitution because the Court had already decided Griswold v. Connecticut, 381 U.S. 479 (1965), which is the all-too-often-forgotten case wherein the Court actually found that “right of privacy” in the context of deciding that a Connecticut law prohibiting the use of contraceptives was unconstitutional.

There has been, from the very beginning, an inextricable link between contraception and abortion.

Up until about 1930, all Christian Churches condemned both contraception and abortion and were united in support of life from the moment of conception.  The only Christian Churches to remain firmly against both contraception and abortion are the Catholic Church and the Orthodox Church.  When the others changed their doctrines, they started by relaxing their views concerning contraception. This clarity among and within churches regarding contraception is no longer present and it has without a doubt contributed significantly to the muddled pro-life philosophy for many well-intentioned individuals.  This link must be made clear again, especially since it is now evident that certain forms of contraception can lead to abortions.  (And, not just the “Morning After Pill,” but also certain forms of “the Pill,” IUDs, etc.)  If life begins at conception and the embryo is a person, then one cannot support abortifacient contraception.

And, what about the "selective reductions" after a successful IVF or the destruction of unused embryos?  The IVF-using couples who want a child so badly pay (handsomely) for the procedure which most of the time implants more than a one embryo at a time because so many perish in the process.  Most of the time, if the couple is blessed with more than one or two of these embryos surviving, there is often the process of "selectively reducing" the number of children alive and growing in their mother’s womb.  It is an abortion.  For just one IVF doctor’s view of this process, where he makes clear that selective reduction is acceptable and advisable.

There are some who might say that the Personhood Amendment was an attempt at “incrementalism.” In the pro-life movement, there is a split among those who support an “all or nothing” approach (ban it all or don’t bother and we won’t support it) and those who support a “let’s do what we can, a little at a time” approach, sometimes called an “incremental” approach.  There are merits to both arguments and the point here is not to advocate for or against either one; it is beside the point.  The point here is that there is nothing in the language above indicating this was an incremental approach.  It seems that all that was intended was protection and personhood status for some embryos, but not all.

As such, there is a fundamental, but unacknowledged, inconsistency by the proponents of the Amendment when they say the Amendment will “protect human embryos from the moment of conception” and “recogniz[e] everyone as a legal person” while simultaneously saying the Amendment will not ban IVF and certain forms of abortifacient contraception.  By its proponent’s own comments, it allows for the destruction of some of the very “persons” they claim to want to protect based on how they came to be in existence.  So, there is a massive education effort needed – apparently within the pro-life community and for the promoters of this Amendment as much as for anyone else – so that the pro-life movement is consistently intellectually honest and has the moral authority necessary to engage in this vital effort.  Let’s get started!

I have not really written about IVF before, but the concerns with it - and the reasons it is morally wrong - should be even more apparent.  Perhaps I'll write another post about it in the future.  In the meantime, I hope this helps show in another way why we cannot support contraception that is even potentially abortifacient in the pro-life movement.
- Kassi Dee Marks