KAGAN IS HOIST ON HER OWN PETARD

Not another 'hollow charade'

UNIVERSITY OF CHICAGO law professor Elena Kagan was right to complain, in her now-famous 1995 book review, that ever since the failed nomination of Robert Bork, Supreme Court confirmation hearings have been reduced to "a vapid and hollow charade, in which repetition of platitudes has replaced discussion of viewpoints." She was correct when she insisted upon "the essential rightness -- the legitimacy and the desirability -- of exploring a Supreme Court nominee's set of constitutional views and commitments" and lamented that "the problem is not that senators engage in substantive discussion with Supreme Court nominees; the problem is that they do not." 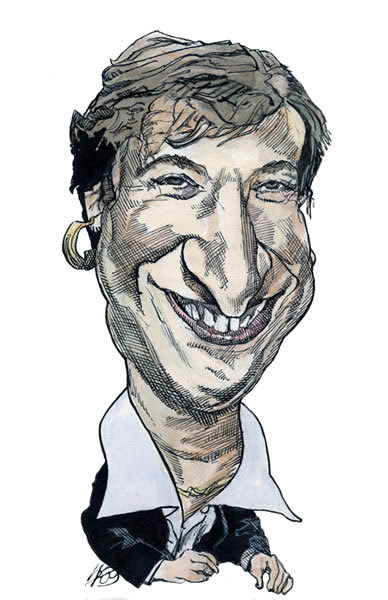 Above all Kagan was on the mark when -- in describing the content-free confirmation hearings of Ruth Bader Ginsburg and Stephen Breyer -- she wrote that both nominees knew that "the safest and surest route to the prize lay in alternating platitudinous statement and judicious silence," and commented: "Who would have done anything different, in the absence of pressure from members of Congress?"

Alas, what Professor Kagan endorsed so forthrightly 15 years ago, Supreme Court nominee Kagan disavows today. Gone is her appetite for "substantive discussion with Supreme Court nominees" -- vanished, it seems, when President Obama named her solicitor general, and it became clear that she herself would be on the administration's shortlist of potential nominees to fill any Supreme Court vacancy.

"I'm not sure that, sitting here today, I would agree with that statement," she told Senator Orrin Hatch, when he asked about her 1995 call for probing nominees' views on controversial judicial subjects. "I wrote that when I was in the position of sitting where the staff is now sitting and feeling a little bit frustrated that I really wasn't understanding completely what the judicial nominee in front of me meant and what she thought."

Is that it, then? Is there nothing to do but resign ourselves to yet another "vapid and hollow charade" of a Supreme Court confirmation? Must we prepare once again to endure the long-winded pomposities of the Judiciary Committee hearing room -- the harrumphing about "stare decisis" -- the posing of questions to which senators expect no meaningful answers -- the bobbing and weaving by the nominee, who piously declines to give her opinion on the most salient legal issues of the day?

Enough already. The Constitution conditions the confirmation of Supreme Court justices on the Senate's "advice and consent" for a reason, and it isn't so that senators can preen on TV. The moment Kagan dons that black robe, she will become one of the most influential people in the United States. Long after most of the senators who vote on her nomination leave office, she is likely to still be putting her stamp on every area of American law and life -- from capital punishment to campaign finance, intellectual property to immigration. She will be invested with sweeping power for the rest of her life, and will effectively answer to no one in exercising that power. To cloak her with such authority without finding out what she would do with it is egregiously irresponsible. It ought to be unthinkable.

Kagan was right in 1995, and not just about "the legitimacy and the desirability" of investigating a high court nominee's substantive views on legal and political controversies. She was right as well when she observed that only "pressure from members of Congress" can keep nominees from spouting platitudes and ducking tough questions. It's time -- long past time -- for Congress to apply that pressure.

The framers of the Constitution expected senators to do more than rubber-stamp presidential nominations. The fact that Ginsburg and Breyer were waved onto the court without being grilled on their views was not a good reason to do the same for John Roberts and Sam Alito. Nor should Sonia Sotomayor have been allowed to avoid serious scrutiny of her judicial philosophy and beliefs.

Kagan's nomination is an opportunity to correct course -- a chance for the Senate to resume its constitutional function as a check and balance on the judiciary. Senators should let it be known that they will no longer confirm any Supreme Court nominee who refuses to give substantive answers to relevant questions. There is no divine right to a seat on the highest court in the land. Too much is at stake for yet another vapid and hollow charade. If anyone knows that, it's Elena Kagan.