HERMAN CAIN IS A CREDIBLE CANDIDATE FOR THE PRESIDENCY

You hear the same thing said about Herman Cain all the time: Herman Cain has some really interesting ideas, but . . .
I love Herman Cain, but . . .
But what?
But he can't win.
Why not?

At best, the answer has to do with that cloudy word "electability." Or that Mr. Cain has never held elected political office.

In 2004, Mr. Cain ran for the GOP's U.S. Senate nomination in Georgia. He lost to Johnny Isakson. Last weekend, Mr. Cain ran away with the Florida straw poll vote, winning with 37%. He torched both the "Southern" candidate, Rick Perry of Texas, who worked hard to win the vote, and Mitt Romney, who in 2008 campaigned everywhere in Florida.

The time is overdue to plumb the mystery of Herman Cain's "interesting, but" candidacy. Let's start at the top—in the top-tier candidacy of Mitt Romney.

Though he's got the governorship credential, Mr. Romney's emphasis in this campaign is on his private-sector experience. It's good, despite the knock on Bain Capital's business model. But measured by résumés, Herman Cain's looks deeper in terms of working on the private sector's front lines.

The details of his career path are worth knowing. 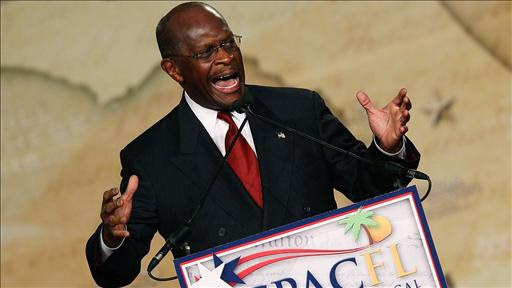 Steve Moore on Herman Cain's 9-9-9 tax plan and his odds of winning.


In the late 1970s, Mr. Cain was recruited from Coca-Cola in Atlanta, his first job in business, to work for Pillsbury in Minneapolis. His rise was rapid and well-regarded. He joined the company's restaurant and foods group in 1978 as director of business analysis. In the early 1980s, Pillsbury sent him to learn the hamburger business at a Burger King in Hopkins, Minn. Then they assigned him, at age 36, to revive Pillsbury's stumbling, franchise Burger King business in the Philadelphia region. He succeeded.

According to a 1987 account in the Minneapolis Star Tribune, Pillsbury's then-president Win Wallin said: "He was an excellent bet. Herman always seemed to have his act together."

In 1986, Pillsbury sent the 41-year-old Mr. Cain to turn around their Godfather's Pizza business, headquartered in Omaha. The Herman Cain who arrived there April 1 sounded like the same man who roused voters last Sunday in Florida: "I'm Herman Cain and this ain't no April Fool's joke. We are not dead. Our objective is to prove to Pillsbury and everyone else that we will survive."

Pillsbury sold Godfather's to Mr. Cain and some of his managers in 1988. He ran it until 1996 and served as CEO of the National Restaurant Association from 1996-1999. This June, Mr. Cain visited with the Journal's editors and put the issue of health-insurance availability inside the context of the restaurant industry. He said the restaurant association tried hard to devise a health-insurance program able to serve the needs of an industry whose work force is complex—executives and managers, full-time workers, part-timers, students and so forth. Any conceivable insurance system would require great flexibility in plan-choice and design.

It's from this period that one finds the famous 1994 video, now on YouTube, of Herman Cain on a TV screen from Omaha debating Bill Clinton about his national health legislation during a town-hall meeting. After the president estimates the profitability of Mr. Cain's company, suggesting he can afford the legislation, Mr. Cain essentially dismantles the Clinton math, in detail. "The cost of your plan . . . will cause us to eliminate jobs."

None of this can be put across in the televised debates' explain-everything-in-30 seconds format. Nor is there any chance to elaborate his Sept. 7 debate remark that he admires Chile's private-public social security system. Or his flat-tax "9-9-9" proposal. (Or any of the candidates' policy ideas for that matter.) So voters get nothing, and Mr. Cain flounders. 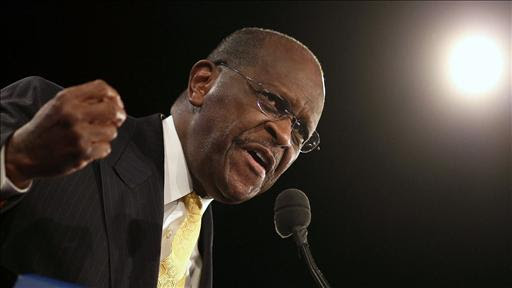 Podcast: Listen to the audio of Wonder Land here.


When Mr. Cain talked to the Journal's editors, the most startling thing he said, and which he's been repeating lately, was that he could win one-third of the black vote. Seeing Herman Cain make his case to black audiences would be interesting, period. Years ago, describing his chauffeur father's influence on him in Atlanta, Mr. Cain said: "My father gave me a sense of pride. He was the best damn chauffeur. He knew it, and everybody else knew it." Here's guessing he'd get more of this vote than past GOP candidates.

Does a résumé like Herman Cain's add up to an American presidency? I used to think not. But after watching the American Idol system we've fallen into for discovering a president—with opinion polls, tongue slips and media caprice deciding front-runners and even presidents—I'm rewriting my presidential-selection software. 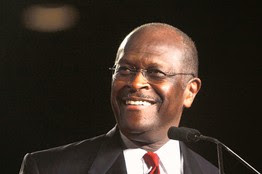 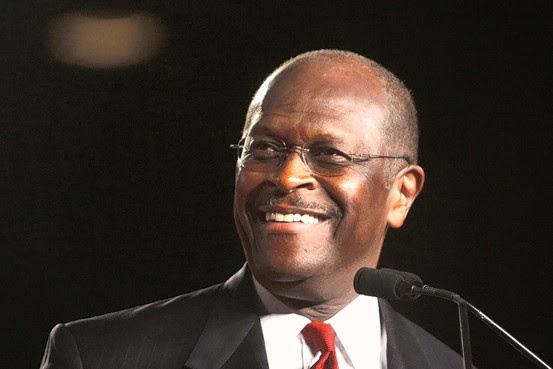 Associated Press
Conventional wisdom holds that this week's Chris Christie boomlet means the GOP is desperate for a savior. The reality is that, at some point, Republicans will have to start drilling deeper on their own into the candidates they've got.

Put it this way: The GOP nominee is running against the incumbent president. Unlike the incumbent, Herman Cain has at least twice identified the causes of a large failing enterprise, designed goals, achieved them, and by all accounts inspired the people he was supposed to lead. Not least, Mr. Cain's life experience suggests that, unlike the incumbent, he will adjust his ideas to reality.

Herman Cain is a credible candidate. Whether he deserves to be president is something voters will decide. But he deserves a serious look.