Cain Vaults to Lead in Poll 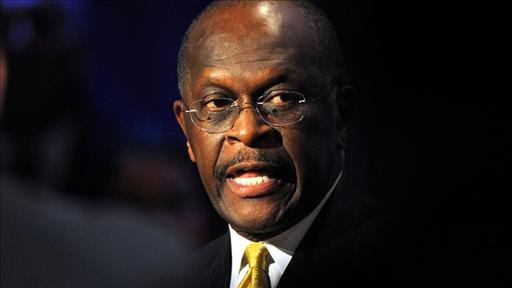 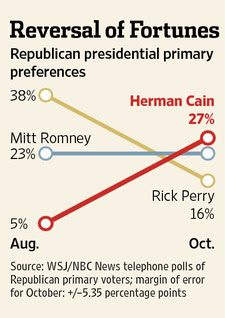 Drawn by Mr. Cain's blunt, folksy style in recent debates, 27% of Republican primary voters picked him as their first choice for the nomination, a jump of 22 percentage points from six weeks ago.
Mr. Romney held firm in second place at 23%, his same share as in a Journal poll in late August, while Mr. Perry plummeted to 16%, from 38% in August.

The poll of 1,000 adults, conducted from Oct. 6-10, comes as many Republican donors and officials have begun to rally around Mr. Romney as the party's likely nominee, despite a continued lack of enthusiasm for him documented in the new poll.

For Mr. Cain, the question is whether his newfound prominence, driven in part by his signature "9-9-9" plan to overhaul the tax code, will be a lasting phenomenon in a campaign that has seen many others surge and then fade. Since the spring, conservatives have given short-lived bursts of support for a string of contenders, including Donald Trump, Minnesota Rep. Michele Bachmann and Mr. Perry.

PDF: Results of the Poll 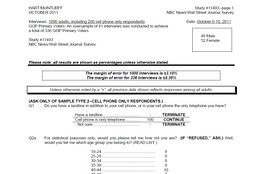 "Will I be the flavor of the week?'' Mr. Cain said Wednesday in New Hampshire, where reporters followed him as he addressed the state legislature. "Well, the answer is an emphatic, 'No,' because Häagen-Dazs black walnut tastes good all the time."

Mr. Cain in many ways isn't operating a traditional campaign. He was on tour promoting his new book in recent weeks, and he will make stops between Memphis and Nashville on Friday and Saturday, though Tennessee is unlikely to factor in the Republican nomination. He doesn't plan to return to Iowa, site of the first nominating contest, for weeks, his aides say.

A onetime radio-show host and former chief of Godfather's Pizza, Mr. Cain, 65 years old, held a New York fund-raiser Wednesday afternoon and an Ohio finance event Wednesday night. His campaign says it has a paid staff of 30, compared with more than 80 for Mr. Romney.
Pressed on how much money he had to ramp up his campaign, Mr. Cain would only say "enough," while insisting that money began to flow after his win in a Florida Republican straw poll last month. Mr. Cain raised $2.5 million during the second quarter, and a person close to his campaign said he isn't likely to have raised significantly more than that in the quarter that ended last month. 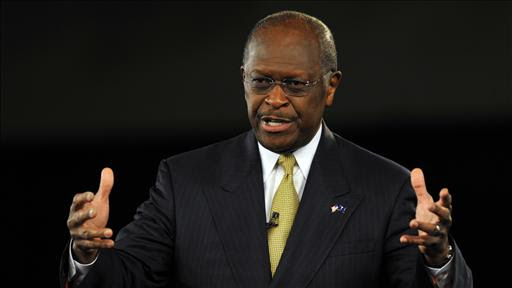 Herman Cain explains why his 9-9-9 tax proposal is the answer for what ails the U.S. economy, in this excerpt from the Big Interview with WSJ's Alan Murray.

At a GOP debate Tuesday, which took place after the poll was conducted, Mr. Romney called "9-9-9" too simple an answer to reviving the economy. But some Republicans in the new poll said Mr. Cain's tax plan wasn't the key to his appeal.

"Herman Cain just makes more sense and he's more down to earth," said Gerald Holmes, a 71-year-old children's book illustrator in Perryton, Texas, who is no fan of the Cain tax plan. Mr. Holmes voted for Sen. John McCain in 2008.

In the Journal poll, Mr. Cain posted strong support among college-educated males, tea-party backers and those who consider themselves "very conservative." Mr. Romney drew his strongest support from those who see themselves as moderate to liberal Republicans.

Pulse of the Poll 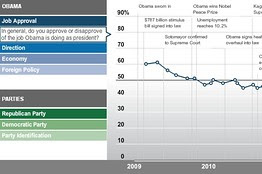 "Romney is the remainder man candidate for the Republican party—acceptable, but not the first choice," said Peter Hart, a Democratic pollster who directs the WSJ/NBC poll with Republican pollster Bill McInturff.

After facing weeks of criticism over his support for a law granting in-state college-tuition rates to illegal immigrants in Texas, Mr. Perry saw particularly sharp drops in support among men and voters older than 55. His tea-party support dropped to 15% from 45% in August. "The Perry drop is precipitous, it is everywhere, and it really comes from people who are watching this race" closely, Mr. Hart said.

Mr. McInturff cautioned against reading too much into Mr. Cain's bump in numbers. "How quickly candidates have risen and then, like a soufflé, how quickly they've fallen back down," he said. 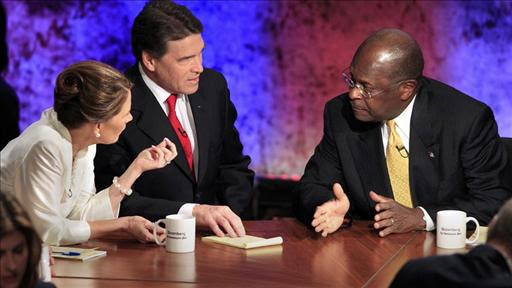 Mr. Romney remains the strongest in a head-to-head match against President Barack Obama, according to the poll, trailing the president 46% to 44% among all adults polled. Mr. Cain lags behind the president by 11 percentage points, while Mr. Perry trails by 12 points.


Republicans also show signs of warming to Mr. Romney. Nearly two-thirds of Republicans now say the former private-equity investor has the knowledge and experience to be president, compared with 45% who said that in December 2007, when he was also a GOP candidate. 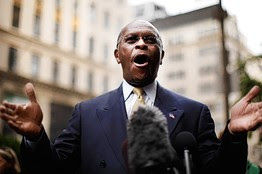 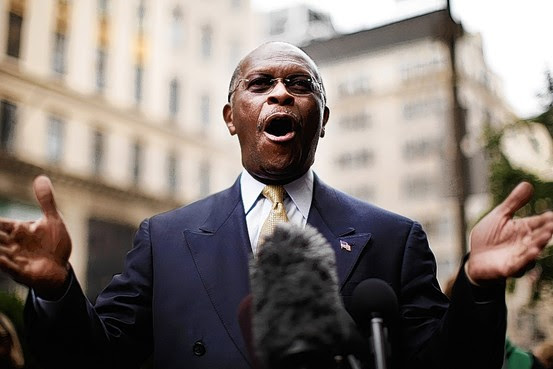 Getty Images
Herman Cain outside of Trump Towers before a scheduled appearance with real-estate mogul Donald Trump on Oct. 3 in New York City.

Still, Mr. Romney has yet to stir deep fervor within the party. Asked how they would feel if he were the nominee, 39% of Republican primary voters said they would back Mr. Romney "with enthusiasm." By contrast, 45% of those voters said they would back Mr. Cain enthusiastically.
Robert Martin, 74, of Beaufort, S.C., says he likes Mr. Romney because he "has demonstrated the willingness to compromise," and while he isn't thrilled with the former governor, he said he doesn't want to support anyone "who is strongly with the tea party."

—Danny Yadron contributed to this article.
Posted by Leo Rugiens at 6:13 PM