The Wisdom of Robert Bork

Without the Constitution's original intent as their guide, wrote the great jurist who died Wednesday at 85, justices are left with merely their own 'moral philosophy.'

Editor's note: The former federal judge, legal scholar and solicitor general Robert H. Bork, who died Wednesday at age 85, was a frequent contributor to the Journal's opinion pages. An editorial appears nearby, and below are some selections from his work:

The decisive opinion [in Bakke] was Mr. Justice [Lewis] Powell's, because the remainder of the court split evenly for and against the racial quota used by the Davis medical school for admissions. Justice Powell's middle position—universities may not use raw racial quotas but may consider race, among other factors, in the interest of diversity among the student body—has been praised as a statesmanlike solution to an agonizing problem. It may be. Unfortunately, in constitutional terms, his argument is not ultimately persuasive. 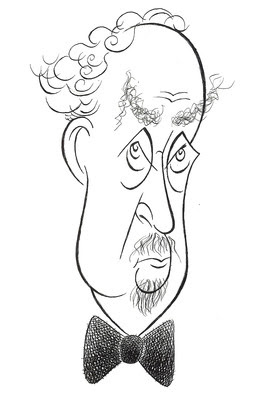 Ken Fallin
Justice Powell attempted to find a position . . . tempering a colorblind version of the 14th Amendment with the First Amendment. The 14th, he said, is strict about any use of race. "The guarantee of equal protection cannot mean one thing when applied to an individual and something else when applied to a person of another color." . . .
The trouble is, it is hard to take seriously the idea that the First Amendment permits university freedom from the strictures of the 14th so long as they pursue an education policy held in good faith. Were that true, a university could believe that education is more effective under conditions of genuine homogeneity and so count against applicants, among other factors, the fact of being black. . . .
Justice Powell's use of the First Amendment fails; it is not a real factor, and we have at bottom a statement that the 14th Amendment allows some, but not too much, reverse discrimination. Yet that vision of the Constitution remains unexplained.

[Supreme Court Justice] William O. Douglas's . . . urge, which became the dominant theme of the Warren Court, was the redistribution of society's wealth, prestige and political power. He, as part of a court majority, accomplished: school desegregation; legislative reapportionment on a rigid one-man, one-vote formula; the destruction of laws controlling obscenity, birth control, abortion and residency requirements for voting and welfare benefits; an end even to racially non-discriminatory poll taxes; and limitations on the death penalty. He routinely voted against business litigants whatever the legal context.
Mr. Douglas himself was often in dissent because he wished to do more and go further. Most observers, even those who approve, found it difficult not to conclude that Justice Douglas's politics were also his law.

At least when the nation decided to end the "scourge" of alcohol, it had the political courage to ratify the 18th Amendment making Prohibition the law of the land.
Not so in these pusillanimous days. Now, as then, we are in the throes of a reform campaign waged with the vigor and self-righteousness of the bluenoses of old. This time their target is cigarettes, not whiskey. But our politicians no longer have the courage to legislate the end of what they condemn. Instead, they resort to lawsuits in an effort to end smoking by destroying the tobacco companies. The end, apparently, justifies any means, no matter how fraudulent. . . .
The real damage done by this noxious mixture of governmental greed and moralism is not to the tobacco companies' shareholders (they should have seen it coming and got out a long time ago) but to what we still, with increasing irony, call the rule of law.

[President George W.] Bush yesterday announced his first 11 selections for new appellate and trial-court judges, and the all-too-familiar liberal assault, powered by misrepresentations and scare tactics, began. . . .
Because a number of the nominees are members of the Federalist Society that organization has come in for slander, and has been described as a "tightly organized right-wing lawyers' group." As a member, I can testify that the Federalist Society is barely organized at all. Unlike the American Bar Association, it does not vet judges and takes no position on public affairs. Its main activity is organizing debates at which liberals are well-represented. Yet the head of People for the American Way, itself on the outer fringes of the left, describes the society as a "bastion of far-right legal thought."
The truth is that there is no far-right legal thought in the U.S. There are liberal activists and originalists, the latter not even remotely resembling the conservative activists on the court in the first third of the 20th century. But the theory of the left is that if you shout "far right" and "extremists" long enough, some people will believe it.

There was a time when judicial activism was thought to be a disease of the federal courts, and the Warren Court in particular. What we see . . . is that activism is now raging in the state courts. That activism prevails in those courts, even though many of them are manned by elected judges, suggests either that the public is ill-informed about the shift in power from democratic institutions to authoritarian bodies or that there is a general weariness with democracy and the endless struggles it entails.

Microsoft's MSFT +0.57% defenders and [Bill] Gates himself frequently voice the complaint that federal judges should not design computers or software. Closely related concerns are that the Sherman Act, which was written in the days of the oil and tobacco trusts, [is] outdated in a digital economy and that regulation of the industry would hamper innovation.
In truth, the government does not propose to design software but only to enjoin monopolizing practices. Competition and monopoly, which Justice Oliver Wendell Holmes called "conditions . . . as permanent as anything human," have not changed since 1890, though our understanding of them has.
The government's suit would in no way hamper innovation, though that is Mr. Gates's favorite mantra. It would allow innovation from many sources rather than just one. Should the government succeed, consumers will benefit from additional innovation and choice as well as from lower software prices.

Once the justices depart, as most of them have, from the original understanding of the principles of the Constitution, they lack any guidance other than their own attempts at moral philosophy, a task for which they have not even minimal skills. Yet when it rules in the name of the Constitution, whether it rules truly or not, the Court is the most powerful branch of government in domestic policy. The combination of absolute power, disdain for the historic Constitution, and philosophical incompetence is lethal.
The Court's philosophy reflects, or rather embodies and advances, the liberationist spirit of our times. In moral matters, each man is a separate sovereignty. In its insistence on radical personal autonomy, the Court assaults what remains of our stock of common moral beliefs. That is all the more insidious because the public and the media take these spurious constitutional rulings as not merely legal conclusions but moral teachings supposedly incarnate in our most sacred civic document.


A version of this article appeared December 20, 2012, on page A19 in the U.S. edition of The Wall Street Journal, with the headline:

The jurist had more impact than most Supreme Court Justices.


The U.S. Senate has had many low, retrograde moments, but easily among the worst was its 1987 rejection of Robert Bork to sit on the Supreme Court. Bob Bork died Wednesday at age 85, having contributed far more to American law than the 58 Senators who voted against him and more than most Supreme Court Justices.


It's hard to remember the passions unleashed by Ronald Reagan's nomination of Judge Bork, who was among the most famous jurists of the era. He had been Solicitor General of the U.S. and Acting Attorney General when his superiors resigned during the Watergate trauma.


As a Yale law professor, he was hugely popular as a teacher and hugely influential as a scholar. His 1978 book, "The Antitrust Paradox," helped to revolutionize antitrust law by focusing less on business market share and more on whether corporate mergers benefit consumers.


Reagan nominated him to the D.C. Circuit in 1981, awaiting what everyone knew would be the eventual Supreme Court selection. The Gipper overlooked him initially to select the first woman, Sandra Day O'Connor. That was his first big mistake.


Then expecting two more openings in his second term, Reagan first nominated Antonin Scalia in 1986 on grounds that Bork was so distinguished he would have an easier confirmation if Democrats took over the Senate later that year. It was an historic miscalculation.


Led by Ted Kennedy and Joe Biden at his slimiest in charge of the Judiciary Committee, Democrats and the left ran a smear campaign for the ages. Bork wasn't helped by a Reagan White House—in particular by his supposed "sherpa" Ken Duberstein—that underestimated the ferocity of opponents and left him politically undefended until it was too late.


So nasty was the campaign against Bork that his name became a verb—to bork, as in to utterly trash someone's personal and professional reputation. For younger readers who wonder when U.S. politics took on their current poisonous character, the Bork fight was the turning point. Democrats cast the first smear.


Despite his nomination's defeat, Judge Bork has continued to influence current law and political debate. He was a champion of originalism, which to oversimplify means interpreting the Constitution based on the text and its original meaning.


He believed in judicial restraint in the tradition of Felix Frankfurter, among others, but by the time he was nominated the judicial left had decided the law was whatever liberals say it is. This intellectual divide lives on in our law and at the current Supreme Court, with Justice Scalia perhaps closest in his views to Bork's jurisprudence.


We are delighted to say Judge Bork was also a frequent contributor to these pages, and we offer a flavor of his work nearby. His legacy is the enduring Constitution and those who protect it against the legal inventions of the moment.