WE HAVE SEEN THE FUTURE AND IT IS FRIGHTENING 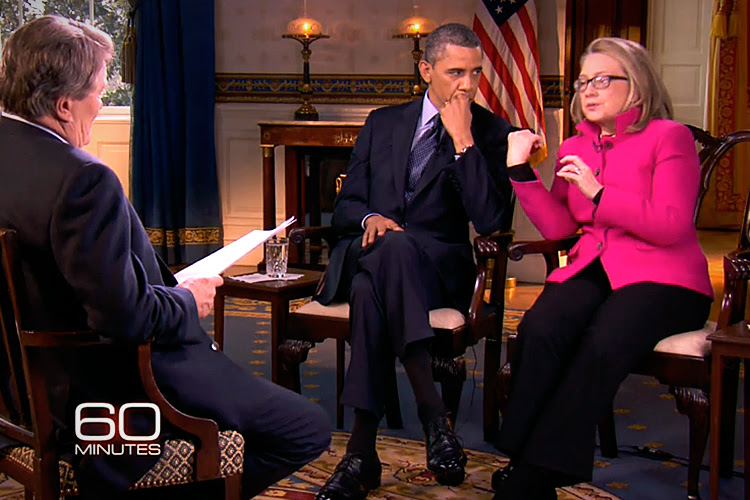 It was impossible to miss the foreshadowings of the future as Hillary Clinton's week of public appearances wound down to its ending. This, was, of course, the arranged love fest on "60 Minutes," a program that was once the pride of CBS, an unequalled model of investigative journalism.

Whatever the object of this piece of investigation was would have been hard to say—but its results, like Mrs. Clinton's appearance before the Congress earlier in the week, left us with a powerful sense of the candidacy to come in 2016. A candidacy not only very much like the one that culminated in the victory of Barack Obama—but one modeled on all its claims, its assumptions.

Mr. Obama had won office despite an astounding lack of experience and a negligible record. His indisputable political skills, his race and all symbolic values attached thereto—not to mention the promise, now apparently abandoned, of a new and unified America that transcended race—had swept him into office. No one can miss the parallel track the outgoing secretary of state is set to pursue.

What is already clear—what should stand out blazing in neon—are the extraordinary claims now being made for Mrs. Clinton's achievements as secretary of state. One of the greatest secretaries of state America has known, according to the president—and his is one of the more modest assessments. It's not the sort of view, to be sure, for which she can be held responsible, but it is an indicator of the passions that would drive her candidacy for the White House: the first woman president.

No one would dispute Mrs. Clinton's hard work, her travels across the globe, her famous capacity to show up armed with encyclopedic detail on every issue, every side of every question. She has been the most dutiful of secretaries of state, has obligingly and diligently carried forth Mr. Obama's designs for shrinking the American presence in the world. She leaves office having left behind no imprint of a vision, no evidence of concerns other than the dictates of diligent obedience.

None of that is likely to matter in the race to come. If Mrs. Clinton is a candidate, her record and her achievements will be accorded sacrosanct status—a kind that will be familiar to Americans who have watched the past two elections. The 2016 election is, we're regularly reminded, a long way off, but to watch Hillary Clinton this week was to grasp, with a small chill of recognition, just how close it actually is.
Posted by Leo Rugiens at 12:47 PM