ARCHBISHOP VIGANO BEWARE OF YOUR NEIGHBOR ACROSS THE STREET 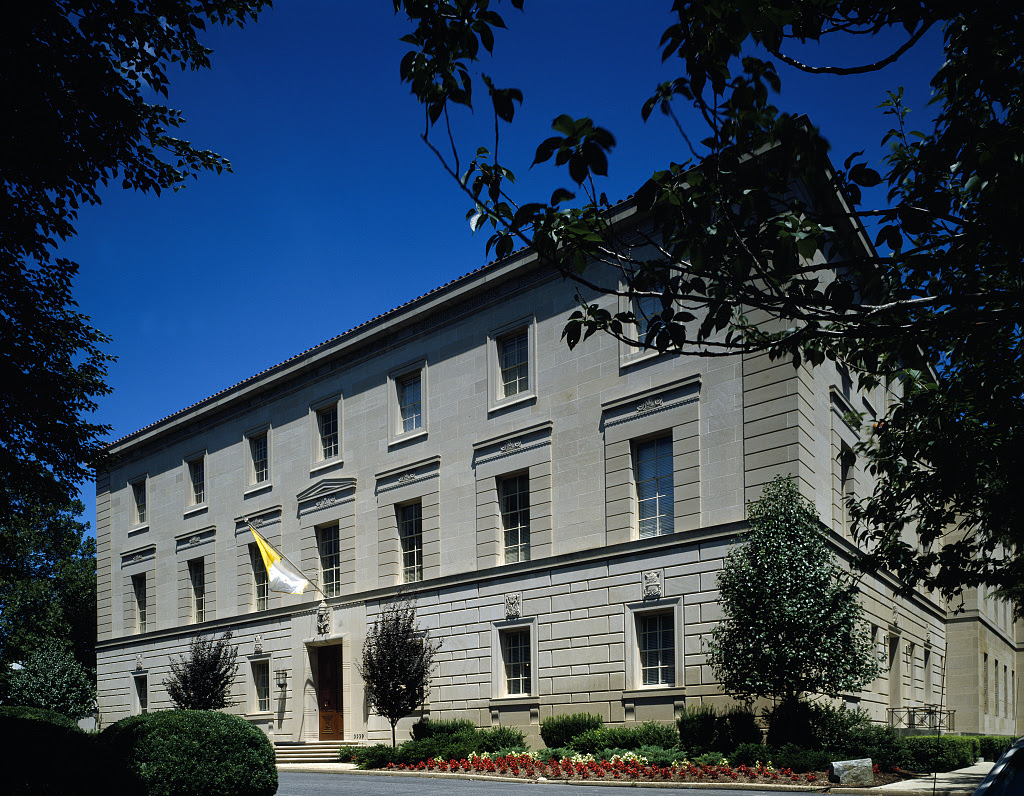 THE APOSTOLIC NUNCIATURE IN WASHINGTON, D.C.

Beware of good ol’ Joe and his guns

The veep never fails to entertain, even when he’s trying not to, and this time his boss is probably not amused. Joe famously pushed President Obama to endorse same-sex marriage by sniffing the orange blossoms first, but if his advice for Americans to buy a shotgun to protect the homeplace was an attempt to convert the president to a Second Amendment aficionado, he’ll no doubt fail.
Joe’s endorsement of domestic mayhem in the cause of survival predictably infuriated those who are so terrified of guns that on certain playgrounds even little boys who make an imaginary gun with tiny thumb and forefinger risk having their hands seized, or at least a sentence to a trip to the principal’s office, followed by suspension.
Firing from the hip is always dangerous. When someone named “Kate” asked the veep, on a Facebook forum sponsored by Parents magazine, whether the president’s attempt to disarm America would make “law-abiding citizens become more of a target to criminals,” good old Joe’s working-class instincts from his origins overcame diplomacy, tact and discretion.
“Is this Parents magazine?” he asked in disbelief. “I have Parents magazine in my home, I’ve never heard anybody in Parents magazine ask these kinds of questions, but I’m delighted to answer them. Kate, if you want to protect yourself, get a double-barreled shotgun.
“I promise you: Whoever’s coming in is not going to [make it]. You don’t need an AR-15 [assault rifle], it’s harder to aim, it’s harder to use, and in fact you don’t need 30 rounds to protect yourself. Buy a shotgun. Buy a shotgun.”
Unlike some politicians faking an appreciation of guns and the Second Amendment, good old Joe makes a persuasive case that in his heart he’s a good ol’ boy. He owns two shotguns and a handgun, a Beretta.
The advice he gave to “Kate” and to his wife, Jill, about when and how to use a shotgun, was actually not so good. If Mrs. Biden hears a bad guy in the woods outside their home, he told her, “fire two blasts outside the house.” Firing inside the house is not a good idea unless you mean really serious business.
The veep and his missus aren’t likely to hear anything suspicious in the back yard, either at the official residence on Massachusetts Avenue or at their own house in Delaware. The Secret Service patrols around the properties are ample and adequate. The peril in firing a Beretta off the porch in Washington is that she might hit a passing car, bicyclist or even the pope’s ambassador at the Vatican embassy across the street.  [The official residence of the Vice-President is across the street on Massachusetts Avenue from the Vatican Nunciature.]
However, the veep’s instructions about how to use a shotgun, to “fire two blasts outside the house,” go athwart common gun sense. Shotguns are not ideal for firing warning shots because once both barrels are fired there’s nothing left for a second round short of fumbling for two more shells. A shotgun is meant to kill, and one advantage of the weapon is that it isn’t necessary to take careful aim.
If the veep really wants his wife to use a shotgun to protect herself he should give her a sawed-off shotgun. They’re illegal in the District of Columbia, and indeed in most jurisdictions, just because they’re so lethal. (If a television host waving an illegal ammunition clip on camera can get a pass from the District cops, surely a vice president can, too.) The shortened barrel reduces the gun’s range, but scatters the shot in a wide arc. The blasts from a sawed-off model can usually dispense with an entire roomful of bad guys.
Though forbidden to civilians, sawed-off shotguns are often used by the mob (particularly movie mobsters), police swat teams and the military. Sawed-off shotguns were a weapon of choice for Confederate cavalrymen in the Civil War, prized supplements to saber and carbine in close combat. Sicilian farmers used them for varmint hunting in the Nineteenth Century, and when their progeny came to America, they brought sawed-off shotguns with them. Hell’s Kitchen and the streets of Chicago soon echoed with deadly noise.
Bonnie and Clyde loved their shotguns. Clyde shortened the barrel of his Browning A-5 by 6 inches to make it easy to conceal and get to – he called the gun his “Whippit” because he could easily “whip it out” – and the sight of Clyde whipping it out terrified hundreds of bank customers in the ‘30’s.

Clyde and his shotgun wouldn’t have frightened good ol’ Joe. The veep would have cracked a gaffe and Clyde would have fallen down laughing until the sheriff arrived.
Wesley Pruden is editor emeritus of The Washington Times.
Posted by Leo Rugiens at 3:39 PM