A LITTLE BIT OF HISTORY TO THINK ABOUT…

December 29, 2012 marked the 122nd Anniversary of the murder of 297 Sioux Indians at Wounded Knee Creek on the Pine Ridge Indian Reservation in South Dakota . These 297 people, in their winter camp, were murdered by federal agents and members of the 7th Cavalry who had come to confiscate their firearms “for their own safety and protection”.

The slaughter began after the majority of the Sioux had peacefully turned in their firearms. The Calvary began shooting, and managed to wipe out the entire camp. 200 of the 297 victims were women and children. About 40 members of the 7th Cavalry were killed, but over half of them were victims of fratricide from the Hotchkiss guns of their overzealous comrades-in-arms. Twenty members of the 7th Cavalry's death squad, were deemed “National Heroes” and were awarded the Medal of Honor for their acts of [cowardice] heroism.

We hear very little of Wounded Knee today. It is usually not mentioned in our history classes or books. What little that does exist about Wounded Knee is normally a sanitized “Official Government Explanation”. And there are several historically inaccurate depictions of the events leading up to the massacre which appear in movie scripts and are not the least bit representative of the actual events that took place that day.

Wounded Knee was among the first federally backed gun confiscation attempts in United States history. It ended in the senseless murder of 297 people.

Before you jump on the emotionally charged bandwagon for gun-control, take a moment to reflect on the real purpose of the Second Amendment, the right of the people to take up arms in defense of themselves, their families, and property in the face of invading armies or an oppressive government.

The argument that the Second Amendment only applies to hunting and target shooting is asinine. When the United States Constitution was drafted, “hunting” was an everyday chore carried out by men and women to put meat on the table each night, and “target shooting” was an unheard of concept. Musket balls were a precious commodity and were certainly not wasted on “target shooting”.

The Second Amendment was written by people who had fled oppressive and tyrannical regimes in Europe, and it refers to the right of American citizens to be armed for defensive purposes, should such tyranny arise in the United States

As time goes forward, the average citizen in the United States continually loses little chunks of personal freedom or “liberty”. Far too many times, unjust gun control bills were passed and signed into law under the guise of “for your safety” or “for protection”. The Patriot Act signed into law by G.W. Bush, was expanded and continues under Barack Obama. It is just one of many examples of American citizens being stripped of their rights and privacy for “safety”. Now, the Right to Keep and Bear Arms is on the table and will most likely be attacked to facilitate the path for the removal of our firearms, all in the name of “our safety”.

Before any American citizen blindly accepts whatever new firearms legislation that is about to be doled out, they should stop and think about something for just one minute-
Evil does exist in our world. It always has and always will. Throughout history, evil people have committed evil acts. In the Bible, one of the first stories is that of Cain killing Abel. We cannot legislate “evil” into extinction. Good people will abide by the law, and the criminal element will always find a way around it.

Evil exists all around us, but looking back at the historical record of the past 200 years, across the globe, where is “evil” and “malevolence” most often found? In the hands of those with the power, the governments. The greatest human tragedies on record and the largest loss of innocent human life can be attributed to governments. Who do the governments always target? “Scapegoats” and “enemies” within their own borders…but only after they have been disarmed to the point where they are no longer a threat. Ask any Native American, and they will tell you it was inferior technology and lack of arms that contributed to their demise. Ask any Armenian why it was so easy for the Turks to exterminate millions of them, and they will answer “We were disarmed before it happened”. Ask any Jew what Hitler’s first step prior to the mass murders of the Holocaust was - confiscation of firearms from the people.

Wounded Knee is the prime example of why the Second Amendment exists, and why we should vehemently resist any attempts to infringe on our Rights to Bear Arms. Without the Second Amendment, we will be totally stripped of any ability to defend ourselves and our families 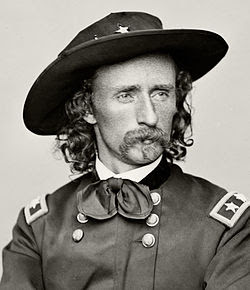