IF JEWS WERE TO DO EXCOMMUNICATIONS, THE FIRST PERSON THEY SHOULD EXCOMMUNICATE IS SENATOR CHUCK SCHUMER 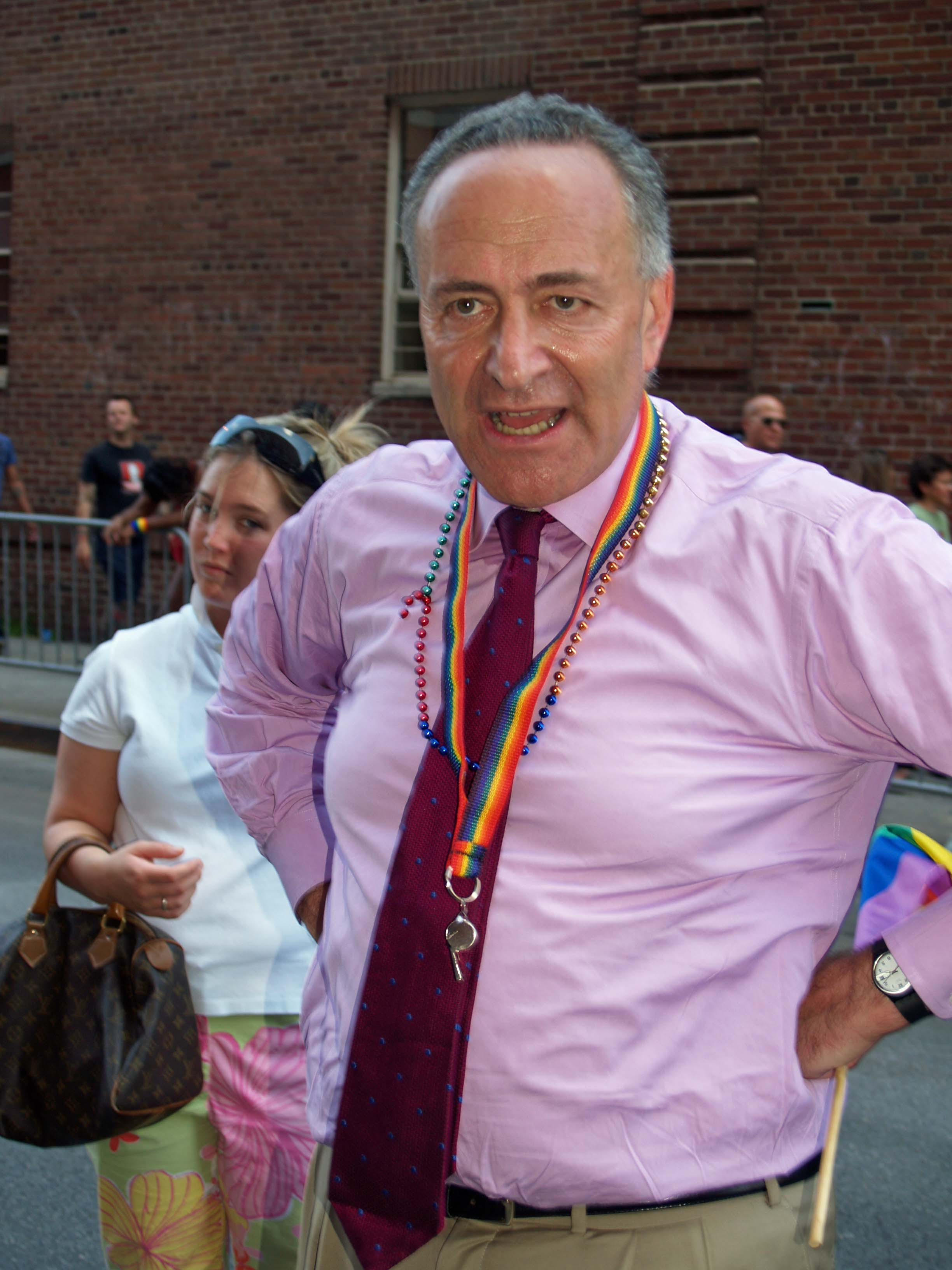 Following the latest string of revelations about Chuck Hagel’s defamatory comments about Israel and its supporters, a lot of attention has been focused on whether New York Senator Chuck Schumer would change his position on President Obama’s nominee to be secretary of defense. But any hopes that Schumer would prioritize the principles that he has always claimed he was elected to the Senate to defend over political expediency have now been dashed. At a New York City event this morning reported by Politico’s Maggie Haberman, Schumer doubled down on his support for Hagel claiming the former senator cried when discussing his slurs about the “Jewish lobby.”

The account of Schumer’s fateful meeting with the nominee was fascinating but more important than that was his decision to repeat the claim that “not a major Jewish organization” was against Hagel and to assert that the issue driving opposition to him was anger about his opposition to the war in Iraq. Both claims are not only false but are a transparent attempt to deflect attention from the real issue in the debate over Hagel: the president’s choice of an incompetent nominee who is also a well known antagonist of Israel with a record of opposition to getting tough on Iran, Hamas and Hezbollah.
Schumer’s discussion of Hagel’s tears when he explained to him that his crack about the “Jewish lobby” was rooted in prejudice may be a truthful but the idea, as the New Yorker put it, that “I’m sure you didn’t mean it” is patently disingenuous.

When Hagel used that term in 2006  (at his confirmation hearing he said it was the only time he said it “on the record”) or made other disturbing comments about the Israeli Foreign Ministry controlling the U.S. State Department or that Israel was on its way to being an “apartheid state,” he knew exactly what he was saying. Far from a misunderstanding, there is a clear pattern in Hagel’s record and it speaks to his contempt for the U.S.-Israel alliance and its supporters. Indeed, the context of the “Jewish lobby” remark showed that he considered it a point of honor to stand up to Israel’s supporters.

The notion that Hagel’s contrite interview with Schumer or any of his other fumbling attempts to walk back a long record of antagonism should outweigh a record replete with votes and statements demonstrating his desire to stand apart from the bipartisan pro-Israel consensus is absurd.

Just as dishonest though is Schumer’s claim that “no major Jewish organization” opposes Hagel. Just this past weekend, the American Jewish Committee — a large liberal-leaning group that more or less defines the term — demanded that the Senate not vote before it further reviewed Hagel’s record in the wake of recent revelations of more prejudicial statements by the nominee.

In the weeks prior to Hagel’s disastrous confirmation hearing, Schumer had attempted to use the strategic silence of many Jewish groups on Hagel as cover for his own decision to go along with the president on the nomination. But after the AJC statement and Anti-Defamation League leader Abe Foxman’s questions about Hagel’s statements, that line of defense no longer works. For Schumer to go on pretending that Jewish groups are neutral about Hagel can only be characterized as blatantly dishonest.

But it is not any more dishonest than Schumer’s attempt to claim that the motive behind the opposition to Hagel is “neocon” anger about his critique of the war in Iraq. Senator John McCain may still hold a grudge about Hagel’s foolish opposition to the Iraq surge (and contrary to Schumer’s comments, Hagel — who voted in favor of the war — was wrong about the surge) but that is not an issue that interests anyone else who cares about this awful nomination.

Neoconservatives may have disagreed with Hagel about Iraq but if that were the only issue about his candidacy he would already be sitting in his office in the Pentagon. It is, as Schumer well knows, Hagel’s terrible record on Israel, Iran, Hamas and Hezbollah that has scared many Americans about his fitness for office. Even more think his performance at his confirmation hearing when he was unable to demonstrate a grasp of the issues before the nation or defend his positions shows he’s just not up to the job.

When faced with a choice between doing the right thing about Hagel and demonstrating loyalty to President Obama, Schumer had done the latter. That is bad enough and a terrible commentary about the willingness of pro-Israel Democrats to put their party’s interests above principle. But for him to back up this decision with lies and distortions speaks volumes about his own character.