Obama on Egypt: The Clueless Presidency 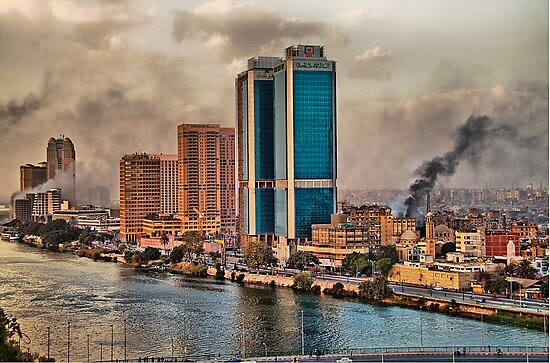 There’s some soul searching going on in the Obama administration as it ponders how they got sidelined in Egypt as the situation there got out of control in a spiral of violence. As the New York Times details in a post-mortem of U.S. policy, the administration went all out to persuade the military that had overthrown the Muslim Brotherhood to compromise and allow the Islamists to rejoin the government. Among other efforts to cajole them or to threaten aid cutoffs, Secretary of Defense Chuck Hagel made 17 often-lengthy phone calls to Egyptian General Abdul-Fattah el-Sisi trying to get him to make nice with the Brotherhood. They even sent two Republican senators—John McCain and Lindsey Graham—to continue the pressure in person in Cairo. And they’re baffled as to why they were ignored as Sisi ordered police and troops to clear out the Brotherhood’s armed camps in Cairo this week.

The easy answer to their questions is that unlike Sisi and the military, President Obama and his foreign policy-team continue to fail to understand that the conflict in Egypt is a zero-sum game. The choice there is between the military and the Brotherhood and the transformation of a key Arab country into an Islamist stronghold. This failure to comprehend the nature of the conflict has led inevitably to paralysis. This spectacle of American impotence is worrisome no matter what you think the U.S. should do about Egypt. But it’s not unrelated to the administration’s other foreign-policy failures that are piling up in the Middle East. Having failed to act decisively to try to avoid a far bigger bloodbath in Syria, and content to waste years on futile diplomacy on the Iranian nuclear threat while devoting disproportionate effort on reviving Israeli-Palestinian talks that have little chance to succeed, it’s obvious that Egypt isn’t the only venue where Obama has demonstrated his cluelessness.

As Sisi prepares to decide whether to enact a ban on the Brotherhood that might bring the confrontation in Egypt to a head, it’s important to understand that Obama’s failure in Egypt is not unrelated to his problems elsewhere. The common thread is a refusal to abandon its preconceptions and to look at facts rather than fiction inspired by ideology.


In Egypt, Obama’s main problem is his lack of understanding of the threat that the Muslim Brotherhood poses to both the non-Islamist majority in that country as well as to the region. Having bought into the myth that the Brotherhood’s rise in the aftermath of the fall of the Mubarak regime was an expression of democratic sentiment, it refused to see that if it was allowed to take power it would quickly move to destroy any opposition. The U.S. pressured the military to let Mohamed Morsi take office and then continued to urge them to stand aside as he proceeded to demonstrate that the Brotherhood had little interest in democracy. Even as 14 million people took to the streets to demand that Morsi step down, the president continued to preach restraint and then stood by in puzzlement when the military realized that this was probably their last chance to save their country. Even now, the administration seems stuck in the same mythical “Arab Spring” mindset that is predicated on the idea that a totalitarian movement like the Brotherhood is compatible with liberal democracy. Since they don’t understand what led to the events of the last week, how can we expect the Obama team to put forward a coherent position on what happened and what may unfold in the days to come?


This is a familiar pattern.
Obama came into office thinking that he could charm the Iranians into giving up their nuclear ambitions and that American pressure on Israel could magically create peace with the Palestinians. If problems arose elsewhere in the Middle East, he thought they would be easily resolved with bad guys like Bashar Assad conveniently leaving the stage because President Obama said he “must go.” So as we now peruse the Middle East, we see an Iran that thinks it can go on fooling the West with a diplomatic process intended to stall talks until they can build a nuke while the United States invests precious time and energy on muscling Israel into making concessions to a Palestinian Authority that has no interest in ever signing a peace agreement. And Bashar Assad, with the help of his Iranian and Hezbollah allies, remains in power while winning a civil war that Obama could have spiked two years ago with a timely push.


While critics from both the left and right assail Obama’s indecision that–as I noted on Friday–protects neither American interests nor values in Egypt, this is yet another symptom of an administration that remains besotted with the same preconceptions that it brought to Washington in 2009. While he laments his lack of good choices and the fact that America’s ability to influence events is limited, it is the president’s refusal to face facts about the Brotherhood and some of his other blind spots that is most to blame for the fact that he has left American foreign policy hanging in the wind at a decisive moment in history.