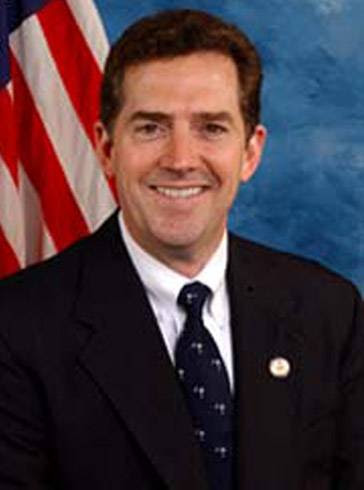 A Letter to President Obama

As the temporary slowdown in government operations enters its second week, I write to explain why conservatives have insisted on making the Patient Protection and Affordable Care Act the prime source of contention. Speaking for our organization, I can tell you we’re in this fight because of the harm the law is inflicting on Americans across the country.
.

We are fighting for people like Michael Cerpok, a leukemia patient in Arizona, who recently learned he will lose his current health insurance due to this misguided law. He notes that “my $4,500 out-of-pocket [expense] is going to turn into a minimum of $26,000 out-of-pocket to see the doctor that I’ve been seeing the last seven years,” and he worries that he and his wife might need to take second jobs to stay afloat.
.

We are fighting for people like California resident Tom Waschura, who voted for you twice, yet was shocked by the higher premium bill he recently received in the mail. Tom’s insurance rates will go up by almost $10,000 for him and his family. He fears that these higher premiums will harm his family, and jobs in his area: “When you take $10,000 out of my family’s pocket each year, that’s otherwise disposable income or retirement savings that will not be going into our local economy.”
.

We are fighting for people like Rod Coons and Florence Peace, a retired Indiana couple satisfied with their current coverage. “I’d prefer to stay with our current plan because it meets our needs,” says Rod. But their plan isn’t government-approved under Obamacare’s new rules, so Rod and Florence are losing their health insurance plan at the end of this year.
.

You have claimed that Obamacare has nothing to do with the budget. But over the next decade, this widely unpopular program will add nearly $1.8 trillion in new federal spending—and will cost taxpayers trillions more beyond that, making it nearly impossible to balance the federal budget. What’s more, for millions of struggling Americans, the law will crush their family budgets due to fewer work hours, lost jobs, and higher premiums. With the economy still mired in a scattered and sluggish recovery, these people deserve relief from Obamacare—and they deserve it now.
.

Your Administration has already granted numerous waivers and exemptions during the three years since the law was passed. Millions of union members received temporary waivers from the law’s costly benefit requirements. Big businesses have received a one-year delay from the onerous employer mandate—a delay your Health and Human Services Secretary, Kathleen Sebelius, struggled to defend in an interview earlier this week. And Members of Congress have obtained special treatment for themselves and their staffs—illegally—that allows them to continue to receive taxpayer-funded insurance subsidies.
.

At a time when so many Americans are suffering because of the rollout of this new law, I remain puzzled by your failure to acknowledge the faults caused by this unfair, unworkable, and unpopular measure. We believe the law should be fully repealed, but at minimum, both sides should agree not to fund the law for one year—a “time-out” that would halt the law’s most harmful effects before they start.
.

Even though Democrats have thus far refused to negotiate on anything related to the current government slowdown, millions of citizens need relief from this law. I encourage you and your Administration to work with Congress on ways to stop Obamacare from harming the American people and the American economy.
.
.
.
All the best,

Senator Jim DeMint
Posted by Leo Rugiens at 10:33 AM