BE CAREFUL MEN, THE WATER YOU DRINK MAY TURN YOU INTO A FEMALE 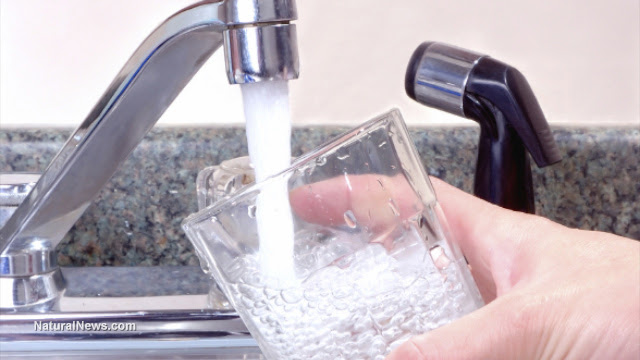 Chemicals in the water are turning male fish into females... is same thing happening in humans?

Tuesday, February 02, 2016 by: Sarah Knight
Tags: atrazine, endocrine-disrupting chemicals, sex change
(NaturalNews) According to a recent report by the U.S. Geological Survey, male bass are experiencing sex changes due to chemicals that are found in most waterways across Northeast National Wildlife Refuges.(1) Studies have found that up to 85% of male smallmouth bass in the region are demonstrating "characteristics of the opposite sex" – including eggs being located where testes should be.(2)

This isn't a one off – in fact, 27% of largemouth bass in the same region also show undesirable sex change indications. Meanwhile, an earlier report by Natural News states that tiny amounts of estrogen used in birth control pills is making its way into waterways and causing wild fish populations to collapse.(3)

With the increasing number of reports around the subject, is it possible that humans are also at risk of unwanted sex changes?

Causes of sex changes in fish

It is thought that the natural excretion of synthetic estrogen from birth control pills can be one of the leading causes of sex changes in fish, with male fish becoming feminized once they come into contact with the chemical. This causes them to produce the same hormones that female fish do and develop eggs where their testes should be.

The amount of estrogen needed to feminize male fish is thought to be very small, meaning that fish populations can drop quite dramatically after exposure to a small amount of the hormone.

Another cause of sex changes in fish is the chemical pollution of water from agricultural runoff containing chemical pesticides like atrazine, which can disrupt the endocrines of fish and other wildlife. Mutations in bass across the U.S. have been successfully correlated with the proportion of agricultural land within the watershed of the area in which they were found, supporting this theory.

The most worrying thing is that this is not only true of fish populations near to houses and farms, but also populations in National Parks where the water is thought to be cleaner and less polluted.

These sex changes have not just been recorded in fish, but also in frogs, alligators, turtles, quail and rats, with studies into whether the same effects are happening in humans well underway.

Could this cause sex changes in humans?

Most farmland in the U.S. has been in regular contact with atrazine, an odorless white powder which controls weeds and helps crops flourish. Every year, approximately 248 tons of this herbicide becomes airborne and falls into waterways with rainfall, up to 620 miles from the original source.(4)

Atrazine and other herbicides can be found in 57% of U.S. streams, according to the U.S. Geological Survey. As atrazine is washed into water systems, it interacts with and boosts the aromatase enzyme in species that come into contact with it. This enzyme leads to an increase in the production of the female hormone estrogen, interfering with natural hormone balances in animals and even humans.

Numerous studies around the subject over recent years have found evidence of a reduced sperm count in men from agricultural regions, thought to be caused by exposure to atrazine and other herbicides. The European Union has banned atrazine altogether due to its ability to contaminate water and interrupt endocrine systems, and the U.S.Environmental Protection Agency has recently announced a review of the herbicide because of human health concerns.

The sex changes seen in fish are a strong indication that something is very wrong with our waterways – and there is a good chance it is affecting humans too.

Learn more: http://www.naturalnews.com/052832_atrazine_endocrine-disrupting_chemicals_sex_changes.html#ixzz3z1iOzCJ2
Posted by Leo Rugiens at 7:59 AM