TED CRUZ WILL BE PRESIDENT - IF HISTORY REPEATS ITSELF !!! 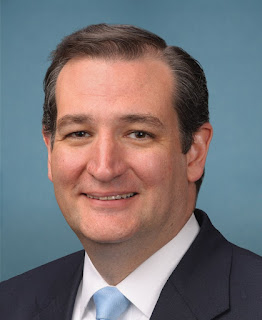 Ted Cruz will be president – if history repeats itself
By Russ J. Alan

On Monday night, February 1, 2016, Ted Cruz won the Iowa Republican Caucus. He will also be the next president of the United States, if history repeats itself.

If the incumbent president is serving his second term, the candidate of the opposing party who wins the Iowa Caucus becomes president, history shows.

Since 1976, Bush and Obama were the only two candidates who won the Iowa Caucus for their parties that ever became the President of the United States. Alternatively, had either of the incumbent presidents, Bill Clinton or President Bush not been serving their second terms, neither Candidate Bush nor Obama, respectively, would have won their general elections for the President of the United States, history shows.

If President Obama were serving his first term instead of his second, history shows that Ted Cruz, winner of the 2016 Iowa Republican Caucus, WOULD NOT win the Republican nomination, nor the White House.