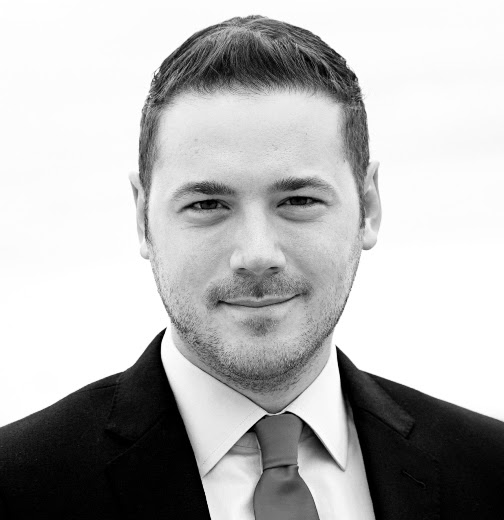 Ted Cruz’s reputation in Republican circles is not that of a uniter, to say the least. Washington Republicans view him as the most divisive and insufferable S.O.B. in their party. But he won the Iowa caucuses by uniting multiple factions in the Republican coalition – evangelicals, libertarians, Tea Party activists and more. He worked for the victory, going to all 99 counties in the state, and adopting a targeted ground game approach which paid dividends. He also won despite the strong opposition of Iowa Gov. Terry Branstad and the ethanol lobby – Branstad’s son, an ethanol lobbyist, openly caucused for Donald Trump last night. It meant absolutely nothing. Cruz won men and women; he won all age groups; he won evangelical Christians; and he won national security voters and fiscal conservatives – voters for whom the most important issues were terrorism and government spending. His full victory speech is here.
Cruz’s victory is impressive. But his path to the nomination now resembles Mad Max: Fury Road. To survive he will have to battle his way through a never-ending gauntlet of hostility in a death race where every other force will try to send him to the gates of Valhalla. The entire party will come down on him now, with the single minded focus of a Terminator. The party elites and lobbyists have been hoping for months that voters would come to share their views of Cruz, as expressed by Marco Rubio and Rand Paul in the debate the other night and that Mike Huckabee has been rolling out on the stump for months – that he cannot be trusted, that he is insincere and fake not just in his politics but in his beliefs, and that he is unlikable and cannot win. Iowans thoroughly rejected all of these perspectives. They believe Ted Cruz shares their values, and they believe that’s important.

Does his (Trump’s) stature as a champion take a hit now that he is the God who bleeds?
Where Cruz was victorious, Donald Trump failed to deliver. The massive turnout was supposed to benefit him – instead, it lifted Cruz with the most votes of any Iowa Republican winner. Trump consistently underperformed his poll numbers. He won secular voters; voters for whom this was their first caucus; voters who prioritized immigration above all other issues; voters with just a high school education; and voters who want the next president to be outside politics. Yes, he brought a crowd of new voters – but no, it was not enough. Trump spent the least time and the least money in Iowa (Cruz spent 56 days and 7.4M, Trump 37 days and 3.5M, Rubio spent 48 days and 11.7M). The traditions of politics reassert themselves like the Gods of the Copybook Headings, and the celebrity candidacy is not quite enough just yet.
Trump gave an uncharacteristically magnanimous speech in defeat. The most significant thing to watch now is what this loss does to his numbers in the next few states. He has been winning virtually all the polls all the way to this point – does that change? And does he have the time to stand up real operations in future states given the failure of his effort in Iowa? Does his stature as a champion take a hit now that he is the God who bleeds? I would not write him off so quickly: in this case, he might well have won had he gone to the final debate and put on a solid performance (or blocked the performance of Marco Rubio). Trump is a consummate marketer, and he will likely find a way to spin this stumble into a victory in New Hampshire.
Marco Rubio will be the focus of much of the media today despite coming in third. His late surge propelled him to just a single percentage point behind Trump, and they will leave Iowa with the same number of delegates. Rubio won late deciders; he won college graduates; he won independents; he won voters who want their next president to be politically experienced; he won voters whose priority is the economy and jobs; and he won the portion of voters for whom winning in November is the most important quality for the nominee. For all the talk of his rising success among evangelicals, he actually lost them to both Cruz and Trump – but we’ll see if that changes. There has been talk for weeks that Chris Christie, John Kasich, and Jeb Bush need to get out in order for Rubio to consolidate support – that seems less important than what becomes of Ben Carson and his voters, and who they choose between Cruz and Rubio.

Socialism On The Rise

Now for the Democrats, who are feeling the Bern: they have a very real problem on their hands:

“Democrats who attended their party’s caucuses broke sharply along divisions of age, ideology and marital status, with Mr. Sanders garnering overwhelming margins among young voters and those who describe themselves as “very liberal.’’ Mr. Sanders’s pull among younger Democrats was substantial, the preliminary results showed. He drew a substantial 84% of voters under age 30, preliminary results of Democratic entrance polls showed, and he won nearly 60% of those age 30 to 44. Mrs. Clinton, by contrast, won nearly 70% of seniors, as well as a majority of the next-oldest age group, voters age 50-64.”

Look at those demographics and take this lesson: young voters simply do not like Hillary Clinton. They really, really do not like her. And Clinton’s success among seniors would be mitigated in any general election by how well Republicans traditionally do there. Clinton’s voting base has gotten older, and the Obama demographic has become even less interested in her. Sanders’ narrow loss is a harbinger of serious general election challenges for Clinton when it comes to turning out the Obama coalition, challenges that are not easily overcome.

Young voters simply do not like Hillary Clinton. They really, really do not like her.
This is what should be very troubling to Democrats waking up this morning. On the Republican side, the top five candidates in Iowa – everyone who got more than 3 percent – represent an ideologically and ethnically diverse group of contenders, all of whom promise different degrees of significant change in Washington. On the Democratic side, you have two old white people, remnants of the past, one of whom is trying mightily to pretend she is in favor of dramatic change, the other promising change so dramatic he could never achieve it.
A few years ago an astute observer of America’s political scene commented: “The modern Republican Party, then, has been taken over by radicals, people who want to undo the twentieth century. There hasn’t been any corresponding radicalization of the Democratic Party, so the right-wing takeover of the GOP is the underlying cause of today’s bitter partisanship.” That was Paul Krugman, of course. It is interesting how things change.
The economic nationalist was unable to achieve even a quarter of the Republican vote. The economic socialist got half the Democratic vote. The appetite for extreme policy change is high in America, and for Hillary Clinton, that is a serious problem.
Photo By: Phil Roeder
Ben Domenech is the publisher of The Federalist. Sign up for a free trial of his daily newsletter, The Transom.
Posted by Leo Rugiens at 7:33 AM