THE VAST RIGHT WING CONSPIRACY IS NOT

Does a right-wing cabal play havoc with the media? Prominent liberals have been insisting for years that it does. In 1998, then-First Lady Hillary Clinton famously branded reports of her husband’s affair with a young White House intern the figment of a “vast right-wing conspiracy.” The phrase did not occur to her in the heat of the moment. As early as 1995, White House officials had compiled “The Communication Stream of Conspiracy Commerce,” a 331-page dossier purporting to chronicle the way “well-funded right-wing think tanks” and “British tabloids” were using the Internet as a means of getting “fringe stories” about President Clinton “bounced all over the world” and into conservative American venues like the Washington Times, the New York Post, and the editorial page of the Wall Street Journal. This would in turn supposedly awaken Republican congressional interest, thereby generating “the legitimacy to be covered by the remainder of the American mainstream press as a ‘real’ story.” 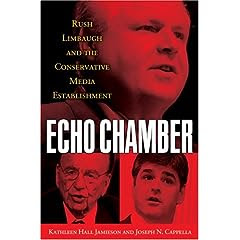 A few years after Mrs. Clinton’s outburst, former Vice President Al Gore decried the “major institutional voices that are, truthfully speaking, part and parcel of the Republican party.” He named names: “Fox News Network [sic], the Washington Times, Rush Limbaugh—there’s a bunch of them, and some of them are financed by wealthy ultra-conservative billionaires. . . . Most of the media has been slow to recognize the pervasive impact of this fifth column in their ranks.” Gore’s “fifth-column” lament was quickly echoed by a number of leading figures in the media, including Paul Krugman of the New York Times (“so clearly true”) and the Washington Post’s E.J. Dionne (“It adds up to . . . a media heavily biased toward conservative politics and conservative politicians”).

In 2003, the leftist media critic Eric Alterman devoted an entire book to the theme of a Fourth Estate dominated by the Right. “Conservatives have spent billions . . . to pressure the mainstream media to move rightward and to create their own parallel media structure,” he wrote in What Liberal Media? “Unbeknownst to millions of Americans who continue to believe that the media are genuinely liberal—or that liberals and conservatives are engaged in a fair fight of relative equality—liberals are fighting a near-hopeless battle in which they are enormously outmatched in most measures.”

All of this fulmination notwithstanding, it is a plain fact that conservatives are overwhelmingly outnumbered in mainstream channels of the news business. Moreover, as study after study has documented, journalists are much more likely than the general public to identify themselves as liberals or Democrats and to vote accordingly. Not coincidentally, opinion surveys consistently find that Americans detect a pronounced liberal bias in the press.

A 2007 poll conducted by Zogby International, for example, showed that 83 percent of voters believe the media are biased, with nearly two-thirds saying the slant is to the Left. In July 2008, a Rasmussen Reports survey of 1,000 likely voters found that 49 percent believed most journalists would try to use their reporting to help Barack Obama, while only 14 percent expected journalists to try to help John McCain. An analysis of federal-election-contribution records by Investor’s Business Daily provided supporting evidence for this view: Twenty members of the working media donated money to Barack Obama for every one who gave to John McCain.

In bewailing the supposed triumph of conservatives over the liberal media, Clinton, Gore, and Alterman are thus sharply at odds with both the evidence and public opinion. Nevertheless, the belief has attained the status of “a new liberal group wisdom” (in the words of the late Michael Kelly, a former editor of the New Republic and the Atlantic). By 2007, it had become so entrenched that Democratic presidential candidates, under pressure from the party’s left-wing “netroots,” refused to take part in Fox-sponsored debates—or even, in some cases, to appear on Fox programs at all.

All of which might suggest that a book titled Echo Chamber: Rush Limbaugh and the Conservative Media Establishment would be another manifesto deploring what conservatism hath wrought. Happily, it isn’t.

“To the undoubted disappointment of those on the Left, we have not argued that the conservative media menace the country’s well-being,” write the book’s authors, Kathleen Hall Jamieson and Joseph N. Cappella. The two are professors of communication at the University of Pennsylvania, where Jamieson also directs the Annenberg Public Policy Center. Their book is a scholarly analysis of the most influential conservative media outlets, focusing in particular on Limbaugh’s popular radio show, the Wall Street Journal editorial page, and the Fox News Channel.

The mission of these outlets, the authors write, is to defend and uphold the values of Reagan conservatism that most of their audience already shares. In so doing, they create a “self-protective enclave” within which ideologically reassuring information is disseminated to the faithful, liberal arguments are rebutted, and ties to the Republican party are strengthened.

But Jamieson and Cappella do not argue that this process somehow subverts the public discourse, or that conservative voices have swamped the mainstream media. On the contrary: They believe that the conservative media form a parallel on the Right to what much of the establishment media have long done for the Left. “Just as influential representatives of the mainstream media have ties to Democratic politics,” they write,

the résumés of those at Fox and the Journal tend to carry Republican credentials. Whereas CNN, NBC/MSNBC, and ABC have drawn high-level talent from the Democrats, Fox has done the same from the GOP.

By the same token, “conservative assumptions are more likely to go unchallenged on Fox’s talk shows than on CNN’s, and liberals are more likely to be required to defend their premises. The opposite is true on CNN.” And if Republican candidates benefit from more frequent appearances on Fox, “there is evidence that MSNBC and CNN provided more interview time to Democrats.”

Much of Echo Chamber is devoted to inferring the actual impact of the conservative media, especially Limbaugh, on their self-selected audience. Not surprisingly, the authors conclude that Limbaugh’s broadcasts may indeed affect the intensity of his listeners’ views, but whether this translates into more votes for Republicans in general elections is, they write, a question “often asked and difficult to answer.” Perhaps more surprising is the vigor with which Jamieson and Cappella defend Fox News and especially Limbaugh (whose highly partisan rhetoric and use of hyperbole and ridicule they describe in detail) from charges that they dumb down their audiences or seal them off from reality, thereby accelerating a decline in political participation.

Limbaugh’s fans may enjoy his “bluster and bombast,” according to the authors, but behind it “there is a substantive defense of a coherent political philosophy.” He makes politics “engaging and entertaining,” and one result is an audience more rather than less likely to seek out other sources of information. Contrary to stereotype, Limbaugh “dittoheads” consume more print news than do non-listeners. Fox viewers and Limbaugh fans, Jamieson and Cappella note, are also likelier than comparable groups of voters to tune in to presidential debates. Nor does gravitating to conservative media generate civic torpor. Far from making people cynical or indifferent toward public affairs, “Limbaugh reinforces his audience’s disposition to participate in the political process.”

Early in Echo Chamber, Jamieson and Cappella announce that it is not their “purpose to determine whether what is generally known as the ‘mainstream’ media . . . are indeed ‘liberal,’ as the conservative media suggest.” Perhaps to signal their agnosticism on the question, they repeatedly put the world “liberal” between quotation marks—as if serious investigation were required before the New York Times, National Public Radio, or MSNBC could safely be labeled left-of-center.

At other times, however, the authors are not quite so tentative. In the book’s closing pages, they concede that the framing of mainstream news coverage “is different from that of Fox and, in sometimes subtle and sometimes obvious ways, more hospitable to Democratic than Republican points of view.” And they remind “those who wring their hands over the rise of the conservative media” that while the right-of-center outlets are noteworthy voices in the marketplace of ideas, they are hardly the only ones and by no means the loudest.

Fox News, for example, may be the most popular cable network, but the nightly newscasts on any of the legacy networks attracts a larger audience. Limbaugh may be the top talker in radio, but his listenership is dwarfed by that of NPR. Impressive as the Wall Street Journal’s circulation figures are, USA Today has 200,000 more readers—and in any case, the Journal’s editorial page is read by a minority of those who take the paper.

For Gore and other liberals of a certain age, one suspects, the real problem is not that there are only strong conservative media voices to be heard these days, but that there are any. They grew up in the age before the cable revolution, before the rise of talk radio, before the Internet—the era when liberal media dominance was a fact of life, and conservatives were rarely seen or heard from. Now the Left has to compete for attention.

Thanks to the conservative media challenge, we have a livelier public dialogue, a more engaged and invigorated electorate, and an array of new sources for news and comment. Do the conservative outlets sound at times like a right-wing echo chamber? No doubt—but hardly on the scale of the left-wing echo chamber in which so much of the establishment media have long been entrenched. Jamieson and Cappella rightly observe that as liberals and conservatives compete in the new media environment, “monitoring each other for bias, [they] add an element of accountability to the system that was missing in the days when the three major network evening shows took their cues from the New York Times.”

That system will probably never be, to coin a phrase, fair and balanced. But it is far closer than it once was.

(Jeff Jacoby is an op-ed columnist for the Boston Globe.)