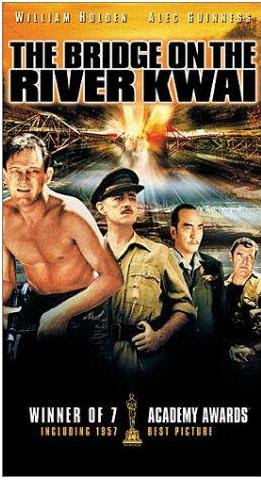 The Madness of Queen Nancy

It's one thing to be serene under fire, it's another to be delusional.

More than a few Democrats in Congress are perplexed and worried that House Speaker Nancy Pelosi is insisting on ramming through a 1,900-page health care bill on Saturday, just days after her party took heavy losses in Tuesday's elections. "It reminds me of Major Nicholson, the obsessed British major in the film 'Bridge on the River Kwai,'" one Democrat told me. "She is fixated on finishing her health care bridge even as she's lost sight of where it's going and what damage it could cause to her own troops."

Indeed, the Speaker's take on Tuesday's off-year elections struck some of her own members as delusive "happy talk." "From our perspective, we won last night," a cheerful Ms. Pelosi told reporters, citing her party's pick-up of a single House seat in a New York special election and retention of another strongly Democratic seat in California.

That's not how many of her own troops see it. Democratic Rep. Parker Griffith of Alabama told Politico.com that members are "very, very sensitive" to the fact that the agenda being pushed by party leaders has "the potential to cost some of our front-line members their seats"

On health care, added New Jersey Democrat Bill Pascrell: "People who had weak knees before are going to have weaker knees now."

Ms. Pelosi, however, apparently thinks the moment is ripe to use sheer political muscle to pass legislation reordering one sixth of the economy, with zero Republican support. The right mixture of "incentives" and Rahm Emanuel-style pressure, she believes, will bring enough Democrats to heel to vote for the bill.

The obsession Speaker Pelosi and Senate Majority Leader Harry Reid have with passing health care strikes some Democratic moderates as a completely misplaced priority. Polls show that fewer than a fifth of Americans rank health care reform as the most important issue. Their biggest concern right now is jobs. Only 29% of voters in the latest Wall Street Journal/NBC News poll believe the economy "has hit the bottom."

That's also the message from Moody's Mark Zandi, who has become the de facto chief outside economic adviser to the Democratic Congress in recent months and has been telling House Democrats to expect unemployment to be "sticky and stubborn," remaining near 10% a year from now. A similar warning comes from Christina Romer, chair of President Obama's Council of Economic Advisers, who predicts unemployment will be 9.5% when midterm elections occur a year from now.

These considerations spook not just the 49 House Democrats who sit in districts won by John McCain last year. Even liberals say lessons need to be taken from Tuesday's shellacking: "What the exit polls showed was real voter fatigue with how crowded the plate is," Rep. Gerry Connolly of Virginia, chairman of his party's freshman class, told the New York Times. "We need to take a deep breath, step back and clean the plate before we add to it."

That the bill would be a job killer isn't the only concern. Democrats worry about a backlash from the one-fourth of seniors enrolled in Medicare Advantage -- a program that faces steep cuts in both the likely Senate and House bills.

But Speaker Pelosi isn't about to step back. In fact, she plans to force her troops to vote on health care just one day after Friday's jobless numbers are due, which are likely to show unemployment still growing. "When I take this bill to the floor, it will win," she proclaimed earlier this year.

One Democratic House moderate says the leadership has mislearned a lesson from the 1994 collapse of Hillary Clinton's health care bill. "They believe they lost the elections that year because they failed to pass anything," he says. "But they forget it might have been even worse if they'd passed the wrong bill."

The obsession with passing a clearly flawed and overly complex health care bill does indeed recall the classic movie in which Major Nicholson (played memorably by Alec Guinness) convinces his fellow British POWs in Thailand to build a railway bridge for their Japanese captors -- losing touch with the larger reality that the bridge would be used by the enemy against his own people.

John Feenery, who worked for then-House Minority Leader Bob Michel, sees many similarities with Congress's ill-fated rush to pass "catastrophic" health coverage for seniors in 1988. "Like the catastrophic bill, the Democrats' health care bill frontloads the pain and backloads the gain," he told CNN last month. Because Democrats wanted to avoid a negative deficit score from the Congressional Budget Office, taxes went up immediately while benefits were phased in. But seniors revolted. House Ways and Means Chairman Dan Rostenkowski was famously chased down a Chicago street by an angry mob. In November, 1989 -- almost exactly 20 years ago -- Congress took the extraordinary step of repealing the catastrophic health care law.

Should the far more complex health care bill now being debated pass, no one expects it could be fully repealed. But Democrats surely would pay a political price for passing a liberal bill with no bipartisan support. Like Major Nicholson on the River Kwai, they may wake up to find they built a monument to a set of presumptions that were really a form of madness.