WHEN I WAS A KID, MY CONTEMPORARIES WERE SCRAMBLING THEIR BRAINS
BY SNIFFING GLUE.
THANK GOD I THOUGHT THAT WAS CRAZY AND NEVER TRIED IT.
MORE SOPHISTICATED TYPES SMOKED POT.
POT LED TO COCAINE, BUT THE MASSES COULD NOT AFFORD A COCAINE
HABIT AND SO THEY TURNED TO SPEED AND METH.
NOW THE CRAZIES ARE BECOMING CRAZIER. READ THIS:

“Dancing with Dionysus: A Sociological Memori of Methamphetamine Use

A SOCIOLOGICAL MEMOIR OF METHAMPHETAMINE USE 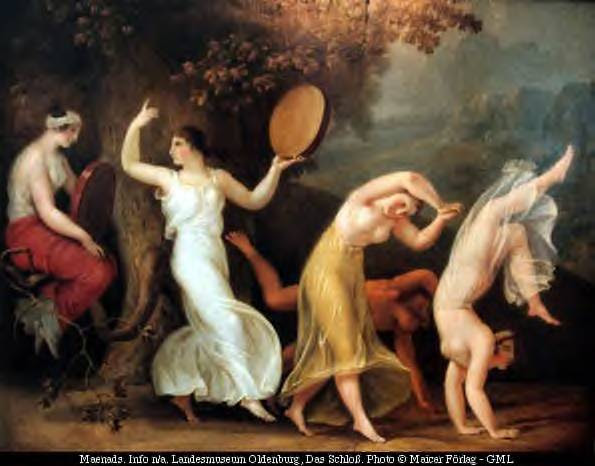 Methamphetamine has taken grip of America. An estimated twelve million Americans have tried this powerful stimulant, and 1.5 million are regular users. Dancing With Dionysus is a story about methamphetamine use in the opening years of the twenty-first century. Actually, it is two stories woven into one. It is both a personal story of my entry into and exit out of daily meth use, and a sociological story of the social worlds I encountered. I use my own lived experiences as a drug user to critically reflect upon the sociological study of drug use. I believe that my firsthand observations about meth use have important things to add to our understanding of the “drug problem” in our country. Many of my observations are startling and go against the grain of the drug research establishment.

A central goal of this book is to contrast myths about meth use with the reality of meth use I witnessed. Cultural representations of meth use are found to be permeated with a “drug war ideology” – a pervasive, prohibitionist propaganda that is a mixture of half-truths, lies and hysterical hype whose goals are nothing less that a smear campaign against all drug use. I critically interrogate both popular media cultural images of meth use and meth users, as well as scientific discourses on methamphetamine.

My personal story is the story of an academic’s fall from grace and attempt to become rehabilitated. In 1999, I was a successful sociology professor earning $85,000 / yr., buying a house and living the good life. A disastrous end to a 19-year relationship left me clinically depressed, on the verge of suicide and self-medicating with crack cocaine. I entered rehab three times that year and eventually made it off coke. In 2000 I got my job back at Ventura College and continued to teach there until 2005. During these years I was a “functional” meth user leading a “double-life” – a highly popular teacher by day and a meth user by night. In 2003 I began to deal meth and marijuana to a small circle of friends, and used daily until my arrest in April 2005 on charges of sales of methamphetamine. In June 2005 I moved to Santa Barbara to get “clean”. I sought personal counseling, worked the 12 Steps and began treatment at the Santa Barbara Rescue Mission, a year-long, Christ-based, nationally-recognized rehabilitation facility. I put off court for a year and hoped that the judge would see my sincere efforts at personal transformation and give me a second chance. In April 2006 I was sentenced to eight months. I was devastated.

My sociological story is about immersing myself in a body of research that I think I should know something about (drug use) and finding the bulk of the research sadly lacking. In my estimation we know very little about drug use in contemporary societies, and most of what we know is tainted by “drug war ideology” – misinformation and disinformation that distorts our understanding of drug use. Academic studies of drug use tend to focus exclusively on worst case scenarios – the most dysfunctional and hard-to-treat drug users. This focus has erased from the public imagination any notion of “moderate” or “controlled use”. Alfred Lindesmith, the pioneering sociologist of opiate use, recognized this trend in 1939 dubbing it “dope fiend mythology” – the notion that drugs are so powerful that even a single use can bring a person to the point of addiction through an escalation of use resulting from ever-rising thresholds of tolerance.

Perhaps because most drug researchers are so far removed from the everyday lives of the average drug user, they have lost touch with the majority of users who are productive, happy, well-adjusted people who use casually and moderately and avoid the cycle of addiction. I hope to return a sense of this functionality to the literature on drug use. I believe that this is a case where one person’s observation about a social world can add valuable knowledge to a topic. This is my goal in Dancing with Dionysus.

Thus, this book explores the relationship between drugs and society broadly conceived, examining some of the central topics in the filed, including why drugs are so popular today and what must be done to alleviate problematic dug use. In weaving together my personal story of meth use with my sociological critique of a research field marred with ideological distortions, I hope to present a more accurate picture of the social worlds of meth users.

Humans have always used drugs. Probably always will. I believe that the urge to alter states of consciousness is an innate, biological need, “hard-wired” into the human brain, as normal and natural as our need for food and sexual urges. While drug use is ancient in human history, drug problems are relatively modern. Our “primitive” ancestors knew how and when and why to use psychoactive plants productively. Shamanism is the original tribal spirituality found across the globe. A shaman is a man or woman who “journeys” to the “Other World” through an altered state of consciousness and returns with a healing message for his tribe. Shamans are “technicians of the sacred” who master “techniques of ecstasy”, including the use of psychoactive plants (Eliade). Most modern illicit “drugs” were originally used in sacred ceremonies that benefited the tribe. I believe that some of our modern problems with drugs could be solved if we re-invented a new shamanism for our times.

Dionysus is the Greek god of ecstasy. Friedrich Nietzsche, the great 19th century German philosopher, thought he discovered the key to human existence in his explorations of the Dionysian cults. An unconscious lifeforce drives humanity. We are creatures who crave ecstatic pleasure. Nietzsche argued that absolute adherence to Apollonian values (order, harmony) had thrown Western civilization out of kilter. He argued that we needed to return to the repressed side of the Dionysian. We need to return to life at the edge of chaos. For me “dancing with Dionysus” is reclaiming ecstatic religion based on the sacramental use of inebriants and intoxicants. While modern drug use often results in self-destruction, I believe that it represents loftier aspirations and that we should not loose sight of these spiritual longings.