WHERE, O WHERE, HAS AL GORE GONE 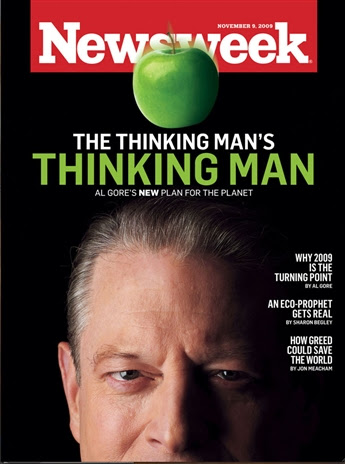 Climate Fraud: The godfather of climate hysteria is in hiding

as another of his wild claims unravels —

this one about global warming causing seas to swallow us up.

We've not seen or heard much of the former vice president, Oscar winner and Nobel Prize recipient recently as the case for disastrous man-made climate change collapses.

Perhaps he's off reading how scientists were forced to withdraw a study on a projected sea level rise due to global warming after finding two "technical" mistakes that undermined the findings.

The study, published in 2009 in Nature Geoscience, allegedly confirmed the conclusions of the 2007 report from the Intergovernmental Panel on Climate Change (IPCC) that sea levels would rise due to climate change. The IPCC put the rise at 59 centimeters by 2100. The Nature Geoscience study put it at up to 82 centimeters.

Many considered the study and the IPCC's estimates too conservative in their warnings. After all, Al Gore, in his award-winning opus, "An Inconvenient Truth," laughingly called a documentary, foretold an apocalyptic vision of the devastation caused by a 20-foot rise in sea levels due to melting polar ice caps "in the near future."

Now Mark Siddall, from the Earth Sciences Department at England's University of Bristol, has formally retracted the study. "One mistake was a miscalculation; the other was not to allow fully for temperature change over the past 2,000 years," he said.

According to Siddall, "People make mistakes, and mistakes happen in science." They seem to be happening a lot lately, and more than just mistakes. We are talking about outright fraud, the deliberate manipulation and destruction of data.

Since then we and he have been given much to think about, starting with the damning e-mails from researchers associated with the Climate Research Unit at the University of East Anglia in Britain. The e-mails revealed an organized attempt to "hide the decline" in global temperatures, to manipulate data to fit preconceived conclusions, and to discredit and shun reputable skeptics.

A key finding of the IPCC, which along with Al Gore won the Nobel Peace Prize in 2007, was revealed last month to be utterly bogus. The IPCC claimed glaciers in the Himalayas would likely disappear by 2035. The only thing they had to back it up was a 1999 non-peer reviewed article in an Indian mass-market science magazine.