DEMOCRATS SEEK TO DIVERT ATTENTION FROM KAGAN TO ROBERTS 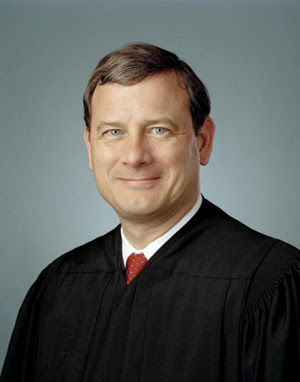 Pardon us for asking, but was that really Elena Kagan's Supreme Court confirmation hearing this week? We're double checking because Senate Democrats seemed preoccupied with refighting the 2005 nomination of Chief Justice John Roberts.

"There is such a thing as legislating from the bench," declared Al Franken, who is playing the role of Senator from Minnesota. "And it is practiced repeatedly by the Roberts Court, where it has cut in only one direction: in favor of powerful corporate interests, and against the rights of individual Americans." The list of Democrats who devoted a chunk of their camera time to deplore the Chief included Patrick Leahy, Sheldon Whitehouse, Ben Cardin and Chuck Schumer, rather like a political campaign. 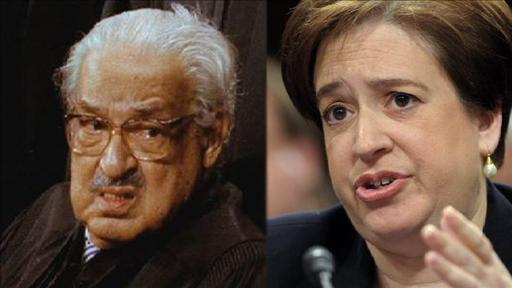 Which it is. By decrying the Court's record, Democrats hope to intimidate the Justices away from future decisions that could derail liberal priorities, notably ObamaCare. As one of the most dramatic expansions of federal power since the 1930s or 1960s, the law is already facing challenges from 20 states on the grounds that its individual mandate to buy health insurance is unconstitutional.

Contrary to the imaginings of Messrs. Franken & Co., the Roberts Court is really a centrist Court that swings left and right depending on the subject. It also routinely decides cases on narrow grounds that pull a larger majority. In the 2006 term, some 70% of the Court's cases were decided unanimously, and this term saw 56% of the cases decided either unanimously or by an 8-1 margin. While that number has ebbed and flowed depending on the term, there's no question Justice Roberts has proven to be a pragmatic jurist who is wary of overturning precedents without ample legal and historical justification.

On property rights this term, the Court ruled 8-0 against property owners in a case called Stop the Beach Renourishment v. Florida. On antitrust law, it ruled unanimously against the National Football League in a case that would have significantly loosened antitrust restrictions. In one of the term's final decisions, Justice Roberts himself voted with the Court's liberal bloc in a case that ruled out life sentences for juvenile criminals in non-murder cases.

The prominent 5-4 exceptions to the rule this term are the ones that now haunt liberal dreams, Citizens United v. FEC and McDonald v. Chicago. In both instances, the court took on pet political causes of the left—campaign finance reform and gun control, respectively—and dispatched them, but neither decision comes within whacking distance of judicial "activism."

In the two guns cases, McDonald and its prequel, 2008's District of Columbia v. Heller, the Court was grappling for the first time since the 19th century with whether the Second Amendment guaranteed an individual right to bear arms. Citizens United likewise restored the First Amendment's guarantee of a right to free speech by overturning some of Congress's most egregious limits on campaign spending. A few months later, the same gang of supposedly marauding ideologues declined to hear a challenge to soft-money limits brought by the Republican National Committee.

Also singled out for Democratic fear and loathing was the Court's record on business cases, including Stoneridge Investment Partners v. Scientific Atlanta. In that decision, the Court declined to open up a vast new avenue for class-action suits against companies under the novel theory of "scheme liability." But in business cases too, the Court often ruled unanimously on narrow grounds, as it did in the recent trio of decisions limiting, but not discarding, the oft-abused statute on "honest services" fraud.

In their pique, Congressional Democrats are following President Obama, who took out his own billy club during this year's State of the Union address, criticizing the Court's decision in Citizens United as the Justices sat in front of him as a captive audience. In nominating Ms. Kagan, Mr. Obama pointedly praised her for defending "the rights of shareholders and ordinary Americans against unscrupulous corporations."

With midterm elections ahead, Democrats want to fire up their liberal base against the Roberts Court while threatening the Justices with more bludgeons if they dare question the Constitutional affront of ObamaCare. It's not the first time lawmakers have tried to work the judicial refs and poison public opinion against them, but with any luck it might backfire. Justices know that criticism goes with their job, but we doubt they take well to being bullied.