Does the press deserve a bailout?

ARE GOVERNMENT SUBSIDIES the cure for what ails the news business? Add Lee Bollinger, the president of Columbia University, to the roster of eminentoes who think the answer is yes.

In a new book, Uninhibited, Robust, and Wide-Open: A Free Press for a New Century, Bollinger argues that the condition of the mainstream press, which is slowly being crushed under the treads of the Internet, "may become so grave as to require injections of public funds." In fact, he is convinced "that this will prove to be the only way to sustain a free press over time."

Bollinger isn't the only one who would like to see taxpayers propping up the news industry. Last year, Senator Benjamin Cardin of Maryland proposed legislation that would allow newspapers to operate as non-profits and be supported with tax-deductible contributions. 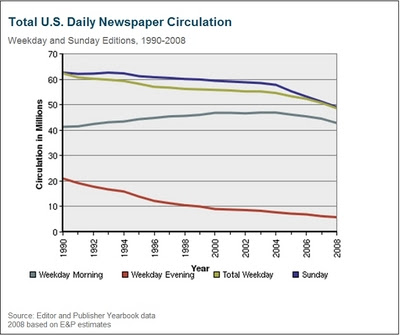 More recently, the Federal Trade Commission released a "discussion draft paper" containing a raft of proposals "to support the reinvention of journalism." Many of them were schemes for funneling money from the government to the media. Among the FTC's suggestions: increased funding for public television and radio, the creation of a National Fund for Local News, a tax credit to news organizations for every journalist they hire, and even a new "journalism" division of AmeriCorps ("to ensure that young people who love journalism will stay in the field").

According to one estimate, such a package of subsidies could cost as much as $35 billion a year. Where would that money come from? The FTC ran all kinds of revenue ideas up the flagpole: Authorize the Small Business Administration to insure loans to nonprofit journalism organizations. Increase postal subsidies for newspapers and periodicals. Levy a new tax on commercial broadcasters -- or on consumer electronics -- or on TV and radio advertising -- or on cell phone Internet service.

But why should journalists be entitled to a multi-billion-dollar batch of media subsidies?

I have been working for newspapers for the past 23 years, and my retirement is still a long way off. Needless to say, the viability of newspapers is not a subject I take lightly. Nor do I minimize the significance of the news media and traditional journalism, with all their flaws and failings, to modern democracy and civil society. But does my esteem for the news business -- or Bollinger's or Cardin's or the FTC's -- justify government intervention to keep it alive?

Subsidies always amount, in the end, to confiscating money from many taxpayers in order to benefit relatively few. Those who call for keeping newspapers and other old media alive with injections of public funds are really saying that if people won't support those forms of journalism voluntarily, they should be made to do so against their will. I believe every American family should subscribe to one or two newspapers and read them regularly. But that doesn't give me the right to make you pay for a subscription you don't want -- not even if I think you would be better off for it. How can the government have the right to do, in effect, the same thing?

The argument for most government subsidies is that the activity they support generates a larger public benefit -- a benefit that would be lost if it were left up to the marketplace. In a Wall Street Journal essay last week, Bollinger claims that "trusting the market alone to provide all the news coverage we need would mean venturing into the unknown -- a risky proposition with a vital public institution hanging in the balance." 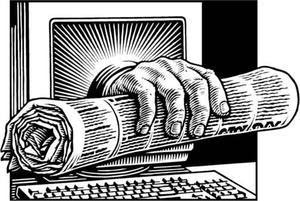 But for the better part of two centuries, newspapers flourished in the market. They are struggling now not because there is no commercial value to "provid[ing] all the news coverage we need," but because millions of consumers have come to prefer other vehicles for getting that news. There hasn't been a market failure, only a market transformation.

I would welcome a new lease on life and profitability for newspapers, and I value high-quality journalism, but the two are not synonymous. Whatever happens to the traditional media, journalism and news delivery will find profitable ways to endure. Like it or not, the transition from old to new is happening. The best thing the government can do is stay out of the way.

Next: Fair and balanced -- and government-subsidized?