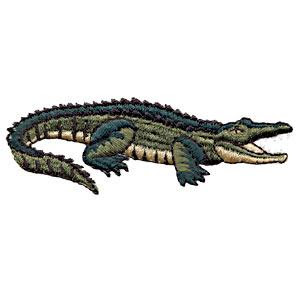 We’ve heard it again and again: The financial crisis was caused by the Bush administration's reckless plunge into deregulation.

House Speaker Nancy Pelosi, for example, blames the mess on “the Bush administration's eight long years of failed deregulation policies.” Billionaire investor George Soros declares that “excessive deregulation is at the root of the current crisis.” Nouriel Roubini, the widely-quoted New York University economist, pins it on “these Bush hypocrites, who spewed for years the glory of unfettered Wild West laissez-faire jungle capitalism.” A New York Times editorial pronounces the American financial system “the victim of decades of Republican deregulatory and anti-tax policies.”

President Jimmy Carter attributes it to the “atrocious economic policies of the Bush administration,” particularly “deregulation and . . . a withdrawal of supervision of Wall Street.”

That's also Barack Obama's view. “The biggest problem in this whole process was the deregulation of the financial system,” Obama said last month. He called the present troubles “a final verdict on the failed economic policies of the last eight years . . . that essentially said that we should strip away regulations, consumer protections, let the market run wild, and prosperity would rain down on all of us.”

Deregulators run amok undoubtedly make a flamboyant culprit. But do they exist? Should we really be taking seriously the claim that the past eight years have been characterized by letting “the market run wild”?

Granted, there has been significant recent legislation easing financial restrictions. Most often mentioned is the Gramm-Leach-Bliley Act, which, as The New York Times described it on Monday, “removed barriers between commercial and investment banks that had been instituted to reduce the risk of economic catastrophes.” Some argue that the law, which allowed traditional banks and investment firms to be affiliated under one holding company, helped bring on the credit meltdown. Even if true, how was that George W. Bush's fault? The law was signed by President Bill Clinton in 1999, after being passed by lopsided majorities in both houses of Congress.

Gramm-Leach-Bliley's lead sponsors were Republicans, but the 34 Democratic senators who voted for the bill surely weren't scheming to “let the market run wild.” Ditto the 151 Democrats -- among them future Speaker Nancy Pelosi -- who voted for the measure in the House. Then-Treasury Secretary (and current Obama adviser) Larry Summers didn't denounce the bill as “laissez-faire jungle capitalism” -- he praised it for “promoting financial innovation, lower capital costs, and greater international competitiveness.” Clinton himself defends the law to this day.

Now, this is not to say that Bush hasn't also been responsible for legislation having a decided impact on the country's regulatory climate. On July 31, 2002, declaring that free markets must not be “a financial free-for-all guided only by greed,” he signed the Sarbanes-Oxley law, a sweeping overhaul of corporate fraud, securities, and accounting laws. Among its many tough provisions, the law created a new regulatory agency to oversee public accounting firms and auditors, and imposed an array of new requirements for financial reporting and corporate audits. Whatever else might be said about Sarbanes-Oxley, it was no invitation to an uninhibited capitalist bacchanal.

Like the alligators lurking in New York City sewers, Bush's massive regulatory rollback is mostly urban legend. Far from throwing out the rulebook, the administration has expanded it: Since Bush became president, the Federal Register -- the government's annual compendium of proposed and finalized regulations -- has run to more than 74,000 pages every year but one. During the Clinton years, by contrast, the Federal Register reached that length just once.

Similarly, the administration has broken every previous record for regulatory agency spending. According to researchers at Washington University and George Mason University, appropriations for federal regulatory functions have soared during the Bush years. Adjusting for inflation, the regulatory budget has grown from $25 billion in fiscal year 2000 to an estimated $43 billion in FY 2009 -- a 70 percent increase. “In constant dollars,” writes James Freeman in the Wall Street Journal, “the Bush regulatory budget increases vastly exceed those of predecessors Clinton, Bush, Reagan, Carter, Nixon, and, yes, Lyndon Johnson.” Staffing has skyrocketed, too. Regulatory agencies employed 175,000 people in 2000. They employ nearly 264,000 today. (Some of that reflects the Transportation Security Administration's takeover of airport security screening in 2003.)

Amid the stress and storm of the financial crisis, “deregulation” makes a convenient villain. But the facts tell a different story: The nation's regulatory burden has grown heavier, not lighter, since Bush entered the White House. Too little government wasn’t what made the economy sick. Too much government isn't going to make it better.