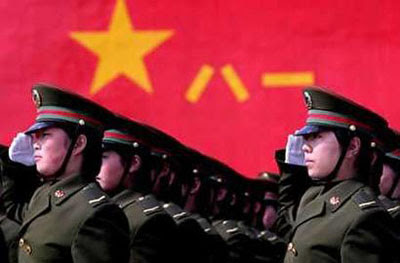 —or even peace over a substantial part of the globe—

is a very rare thing.

Is has always come when one power

has been predominant over all others

or even over a combination of others,

and is able to enforce its own laws over lands far and wide.

It is also a fleeting thing.

When the dominant state declines, other states try to move into

We call this movement war.

As far as we know the first age of peace was brought by Sargon the Great (c. 2270 BC), of Akkad. He brought the petty and squabbling Sumerian city-states under his own rule and created history’s first empire. It included Mesopotamia, the Levant and parts of modern day Turkey, Syria and Iran. Since then others have forced their rule over much of the globe. We read of Assyria, Babylon, Persia and Macedon and of course Rome. When each of these powers declined wars and rumors of wars ensued.

We moderns are no different. When great powers decline war comes. We might have an up close and personal look at what it is like to live in a world where the predominant power is in decline. As the United States falls into debt and economic collapse, its foreign obligations will be seen more and more as onerous and will simply be abandoned. You see this wherever you look in our geopolitical landscape. Cuts in air and missile defense, abandonment of allies, stopping new weapons systems —these are all signs of decline. Such weakness is obvious to our enemies. Even ridiculously shabby nations like North Korea feel safe enough to threaten the heartland of this nation.

We can expect that as a result of America losing her ability to police the seas and enforce law, that much of the globe will sink into anarchy and dictatorship. Laws will be replaced by the whims of tyrants, and all questions of war and peace will be decide by the simple calculation of power. Nations will cease trying to resemble America and will begin to resemble Venezuela.

Nowhere has this crude fact been better spelled out than by Thucydides. He wrote of the Great War between Athens and Sparta, and how it ushered in formerly unknown spasms of cruelty and violence. Today we admire Athens, though we forget that she become an expert in genocide, mass murder and slavery. What she did to the people of Melos is a harbinger of what our own world is becoming.

Athens was especially murderous to those weaker states who would not dance to her imperial tune. Such was the case of the little island of Melos. Her people refused to join in Athens’ crusade against Sparta and preferred to remain neutral. Athens saw this has an unpardonable affront to her power. In the famous Melian Dialogue between the Athenian delegates and those of Melos, we read of the philosophy of power by those who possess it.

Our opinion of the gods and our knowledge of men leads us to conclude that it is a general and necessary law of nature to rule whatever one can. This is not a law we made ourselves nor were we the first to act upon it when it was made. We found it already in existence and we shall leave it to exist forever among those who come after us.

Such a lawless philosophy is still practiced today. In an eerie echo of the Melian Dialogue we read Lt. Gen. Liu Yazhou of the Peoples Liberation Army Air Force:

When a nation grows strong enough, it practices hegemony. The sole purpose of power is to pursue even greater power…Geography is destiny…when a country begins to rise, it should first set itself in an invincible position.

This is the philosophy of the slave-state, a concept of power practiced throughout history by those who could wield it. When law perishes—when there is no nation powerful enough to uphold it—then the strong will do what they will and the weak will suffer what they must.

And what happened to those brave—or foolish—inhabitants of Melos? The Athenians executed every male of military age and enslaved the women and children. The horrors of our 20th century were already common in the 5th century BC.

Those horrors were ended by the rise of American power. When this is no more, we can expect to see their return.

The Coming Dialogues Of Melos