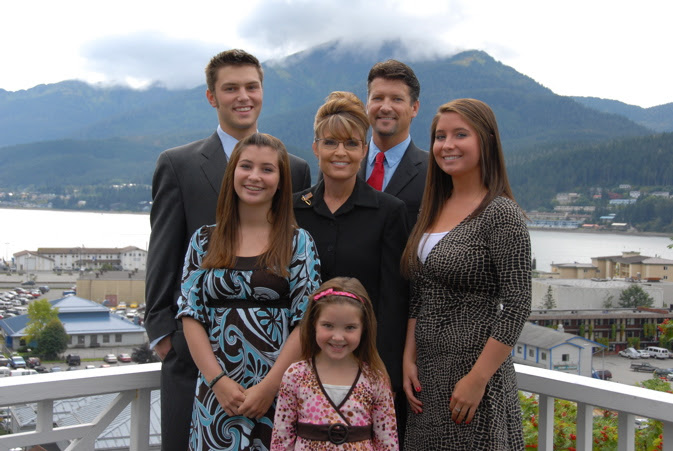 In states far from the national spotlight,

You're a mayor or a state senator or even the governor,

but you lead a normal life.

The local media are tough on you,

but they know you, they live where you live,

they're tough on the real you,

who'd never heard of you a week earlier

and media grandees supposedly on your own side

who pronounce you a "cancer".

Then suddenly you get the call from Washington. You know it'll mean Secret Service, and speechwriters, and minders vetting your wardrobe. But nobody said it would mean a mainstream network comedy host doing statutory rape gags about your 14-year old daughter. You've got a special-needs kid and a son in Iraq and a daughter who's given you your first grandchild in less than ideal circumstances. That would be enough for most of us. But the special-needs kid and the daughter and most everyone else you love are a national joke, and the PC enforcers are entirely cool with it.

Most of those who sneer at Sarah Palin have no desire to live her life. But why not try to - what's the word? - "empathize"? If you like Wasilla and hunting and snowmachining and moose stew and politics, is the last worth giving up everything else in the hopes that one day David Letterman and Maureen Dowd might decide Trig and Bristol and the rest are sufficiently non-risible to enable you to prosper in their world? And, putting aside the odds, would you really like to be the person you'd have to turn into under that scenario?

National office will dwindle down to the unhealthily singleminded (Clinton, Obama), the timeserving emirs of Incumbistan (Biden, McCain) and dynastic heirs (Bush). Our loss.