TED KENNEDY STILL HAS TO ANSWER FOR CHAPPAQUIDDICK, EITHER HERE OR IN THE HEREAFTER

"I've answered all the question."
-- Edward Kennedy, July 8, 1994 on the tragedy at Chappaquiddick 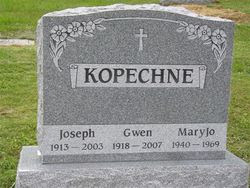 Within hours of Kopechne's death, a Kennedy aide named Dun Gifford flew a chartered plane into Edgartown (the Martha's Vineyard town of which Chappaquiddick is a part), with orders to get the body off the island. Before Massachusetts officials had even decided whether to perform an autopsy to settle the cause of death, Kopechne's remains were in Pennsylvania -- beyond the state's jurisdiction.

-- Did Kennedy order Gifford to remove the body?

That's one question the senator has never answered.

In fact, quite a few questions have never been answered.

At least, not by Kennedy.

At least, not truthfully.

Kennedy and Kopechne were part of a group of 12 that had come to Chappaquiddick for the Edgartown Regatta and a private barbecue afterward. Half the guests were married men, half were single women in their 20s. Kennedy and Kopechne left the party at some point that evening and ended up driving off the bridge.

Though Kennedy managed to extricate himself from the car and get back to his motel that night, Kopechne remained in the car until her body was recovered by a Fire Department diver at 8:45 the next morning. To the diver, Capt. John Farrar, it was clear that she had neither drowned nor died quickly. Kopechne survived for some time by breathing a pocket of trapped air, finally suffocating to death when the oxygen ran out. When Kennedy reported the accident to the Edgartown police, it was 9:45 a.m. -- some nine or 10 hours after he left Kopechne in his car.

-- Why did Kennedy and Kopechne leave the barbecue?

Kennedy said they wanted to return to their respective motels and left to catch the ferry (which only operated until midnight) back to Edgartown center. But Kennedy's chauffeur, who was on hand, didn't drive them; Kopechne didn't take her purse or her room key; and they didn't go to the ferry. Kennedy headed in the opposite direction -- to Dike Bridge and the secluded beach beyond.

-- What time did they leave?

Kennedy claimed he left at 11:15 p.m., and the accident happened a few minutes later. Yet Deputy Sheriff Huck Look reported seeing Kennedy's black Oldsmobile at 12:45 a.m., heading down Dike Road toward the bridge. After the accident, the senator said he hadn't been able to rescue Kopechne because of the "strong and murky current" in which he kept getting "swept away." In truth there was no current at 11:15. The water was absolutely slack, at low tide. At 12:45, however, the current was fast-moving and strong.

-- Did Kennedy take a wrong turn without realizing it?

So he testified, and his whole story rests upon that claim. But the road to the ferry, which Kennedy had already traveled several times that day, was the only paved road on the island. Anyone driving from the house where the barbecue was held would have felt the road bank unmistakably to the left -- toward the ferry -- and would have seen the shiny left-turn sign. By contrast, it required a deliberate effort to turn right, toward the bridge. Dike Road was unpaved and very bumpy. Its entrance was obscured behind bushes and necessitated a 90-degree turn -- hard to do inadvertently.

-- Why didn't Kennedy call for help to rescue Kopechne?

Because, he said, he was in shock. He called his behavior "irrational, indefensible, inexcusable and inexplicable."

Yet he was not too traumatized to return to the barbecue and fetch two close lawyer friends, Joey Gargan and Paul Markham. He was not too traumatized to make more than 16 long-distance phone calls that night to aides and advisers (none of whom tried to get help to Kopechne, either). Despite his "shock," he managed to: return to his motel, complain to the manager about a noisy party, go to sleep, chat with a friend the next morning about the boat race, order two newspapers, meet again with Gargan and Markham and return to Chappaquiddick to call another lawyer from a pay phone -- all before going to the police.

-- How much alcohol had Kennedy drunk that night?

-- If he and Kopechne did leave the barbecue at 11:15, what occupied their time until 12:45, when Deputy Look saw them drive toward Dike Bridge?

-- After getting out of the submerged car, why didn't Kennedy walk to the lighted house a few yards away and call for help? Or call from the house with the barbecue? Or from his motel?

-- Did he urge Gargan to fabricate a story about Kopechne being alone in the car when it went off the bridge?

-- Did he go to the police only when he realized he would not be able to carry off such an alibi?

-- If, as Kennedy said later, what was uppermost in his mind was "the tragedy and loss of a very devoted friend," why did he summon 19 high-level political advisers to Hyannis the next day?

-- Was the prosecutor rewarded for not bringing manslaughter or driving-to-endanger charges against Kennedy?

-- Why was the grand jury threatened with jail and intimidated by a judge when it tried to look into the tragedy?

-- When an inquest was eventually held, why did Kennedy fight -- against all precedent -- to keep its proceedings secret?

-- Why was Farrar, the diver, barred from telling the inquest and grand jury what he knew?

Twenty-five years ago tomorrow, Mary Jo Kopechne was buried. Three days later, Kennedy pleaded guilty to leaving the scene of an accident and was sentenced to two months, suspended.

Following the secret inquest in January, District Judge James Boyle found "probable cause" that Kennedy had driven "negligently" and had engaged in "criminal conduct" that "contributed to the death of Mary Jo Kopechne." The senator was never prosecuted and never tried. Though he did not save his young friend that midsummer night in 1969, he did preserve his political career. Kennedy has been reelected to the Senate four times since.

One final question -- the one Kennedy himself asked in 1974, when Richard Nixon was pardoned:

"Do we operate under a system

of equal justice under the law,

or is there one system for the

average citizen and another

for the high and mighty"