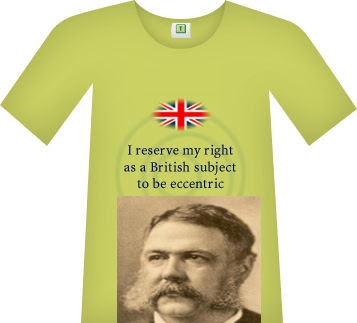 The story makes an analogy between the Obama birth certificate issue

The story contains a lie.

that he was born in Canada.

But Arthur did specifically address these issues in the Brooklyn Eagle newspaper.

However, AP and MSNBC won’t tell you that

because Arthur was caught lying about his parents heritage

in those newspaper interviews.

Chester Arthur was a British subject –

but for a different reason than where he was born.

AP and MSNBC forgot to mention that Chester Arthur’s father

– 14 years after old Chester was born.

This means that Chester Arthur was not a natural born citizen

since at the time of his birth he was a subject of Great Britain.

were first reported at this blog back in December ‘08.

Historical Breakthrough – Proof: Chester Arthur Concealed He Was A British Subject At Birth.

has reported this historical discovery

and as we can see by the AP piece today,

objective reporting has been replaced by propaganda.

Never addressed allegation
Democrats, meanwhile, hired a lawyer named Arthur Hinman who sought to discredit Arthur, claiming he was born in Dunham, Quebec, about 47 miles north of Fairfield. Hinman traveled to Vermont and Canada to research Arthur’s past, eventually concluding that Arthur was born in Canada but appropriated the birth records of a baby brother who was born in Fairfield, but died as an infant.

He later incorporated the findings into a book titled “How A British Subject Became President of the United States.”

Arthur, who served from 1881 to 1885, never publicly addressed the allegation.

But Arthur did address the issue.

In the Brooklyn Eagle newspaper,

In that article, Chester Arthur defended himself as follows:

“My father, the late Rev. William Arthur, D.D., was of Scotch blood, and was a native of the North of Ireland. He came to this country when he was eighteen years of age, and resided here several years before he was married.”

This was another blatant lie.

His father emigrated from Ireland to Canada at the age of 22 or 23.

when his first child was born in Dunham, Canada

when his second child was born in Burlington, Vermont.

The youngest he could have been when he came to Vermont was 26.

On August 16, 1880 Chester Arthur told the Brooklyn Eagle newspaper that

at the time of his birth, his father was forty years old.

His father would have been only thirty-three years old when Chester was born.

In that same article he lied that

his father settled in Vermont and reiterated the lie that

William came here at the age of eighteen.

This age discrepancy was exposed in the August 19, 1880 edition

of the Brooklyn Eagle in an article written by Hinman .

It was very convenient for Arthur that Hinman

kept the focus on the extraordinary and false claim

– that Arthur was born abroad –

while the more subtle and true eligibility issue stayed hidden in plain sight.

Arthur never publicly addressed the issue and the stench of a propaganda lie fills the air.

We are treading in very dangerous waters, America.

History is being controlled by lies.