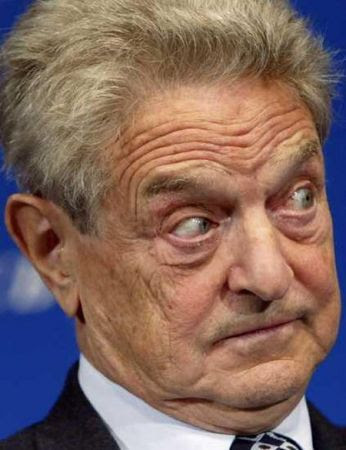 Financier George Soros is at it again, issuing dire warnings for markets and raising doubts about capitalism itself. A closer look at what he's really up to tells a different story.

The self-described "stateless statesman" last week opined that markets could be derailed again over "bubbles" if governments don't tighten the noose of regulation even more. "Unless we learn the lessons that markets are inherently unstable and that stability needs to (be) the objective of public policy, we are facing a yet larger bubble," the billionaire speculator told an Economist conference in London, according to Reuters.

In other words, moral hazard arising from bailouts is bad, but it's markets, not governments, that can't quit writing checks, that are to blame. If all this really were the case, the solution would be to get rid of markets.

Soros gets a lot of attention from these doom-and-gloom statements largely because of his reputation as a successful investor. If he wasn't the 34th richest man on earth, with a $14 billion fortune, according to Forbes, his views would probably draw little attention.

Yet few in his rarified league draw the kind of attention he does, possibly because no one else seems so diametrically opposed to the very markets that fuel his fortune. Examples abound.

Last fall, Soros ostentatiously announced a $1 billion fund for alternative energy investments, plus a separate project to finance a think tank called the Global Climate Initiative. Supposedly, this was a signal to the rest of us that alternative energy was here. But to date, the fund has made few such investments. Instead, Soros has done what serious-minded investors do — invest in companies that drill for oil.

His top holdings include Petrobras of Brazil, Hess, Suncor and some coal companies.

Soros is free to invest as he pleases, of course. But there seems to be a disconnect with what he says and what he knows will make money. We await the day he talks up the importance of drilling the same way he touts pie-in-the-sky alternative energy.

Then there was last week, when Soros made headlines by warning of Europe's "disintegration" unless it piled on more government intervention in the matter of Greece. On the surface, his remarks seemed statesmanlike and benevolent.

But when one considers that his prescription is more government, it couldn't be good for growth in Europe.

And given his history as the man who "broke the bank of England" based on Britain's fiscal spending, it looks less like benevolence and more like contempt for an asset he'd like to buy up cheap on the downswing.

In another dire warning a couple of months back, Soros called gold "the ultimate asset bubble." He proceeded to buy gold assets, more than doubling his stake in a quarter to 9.5% of his Soros Fund Management portfolio.

Nothing wrong with buying gold, but if he believes there's a bubble, he probably intends to benefit from it. That may be his right, but coming on the heels of his campaign contributions to elect high-spending Democrats, whose largesse is likely to debase the value of the dollar that will drive investors to gold, it doesn't sound like respect for this asset either.

In pretty much every such statement he's made, Soros blames markets over governments. But his actions speak louder than words and leave many wondering just whose side he's really on.

Soros is above the law here & abroad because of his vast wealth & power. As long as this country has a radical leftist admin that is beholden to Soros and actually has the same goals as him, we will never be able to unseat him from this power. He is a vicious mobster and racketeer. And his connections to this admin are troubling, to say the very least. If the Dems keep quite about his activities, that must mean they also support him. Now...that is frightening!!!

At what capitalization will a corporation turn from free market capitalism to crony capitalism? $1B, $10B, $100B? Isn't it irresponsible for any large cap CEO to oppose crony capitalism since his shareholders will then suffer? Free market competition is for the small and the suckers. Now if the government was limited in some way from interfering with the free market - as in Constitutional limits - then, well...... Oh, well.

I think small-time players have been convicted of this kind of behavior, like guys who would profit on penny stocks by spreading false rumors in Internet chat sites. It seems that Soros just does it in a much bigger and slicker way.

Besides Acorn, Soros funded 'ACT' who were convicted of fraud and fined $775,000 by the Federal Election Commission (their largest fine ever) for illegally funneling $70 million set aside for voter registrations to Democratic candidates. He thinks he can buy America, maybe through a combination of breaking the dollar (seems to be working) & another 'Velvet Revolution'. He should be jailed or exiled from America but instead he's invited to white house.

Why Does Soros Bite Hand That Feeds Him?