MICHELE OBAMA ADMITS THAT BARACK WAS BORN IN KENYA 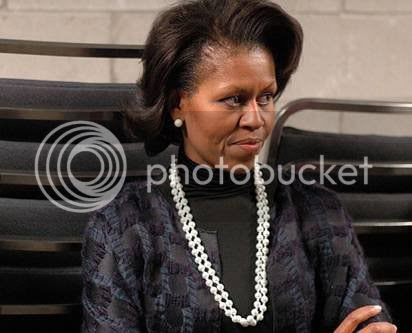 Posted by constitutionallyspeaking on April 12, 2010

Jeff Kuhner, the last honest voice in DC once again speaks out about Obama’s ineligibility & the latest Official Report from the Kenyan Parliament & the “Open Secret” the US lame stream media refuses to address. Kuhner also reports on the US NPR’s(Natl Public Radio) cover-up of their past reporting on Obama’s birth location and the ramifications of the 4th Estate’s (US press) connection to the biggest fraud/hoax ever perpetrated against America & our Constitution in over a 100 years:

The 1st time Kenya publically declared that Obama was Kenyan born was in 2004 when he was running for the US Senate, then on Nov 5, 2008 they again declared Obama to be a ’son of their soil’. Since then there have been other public statements made from Kenyan officials and now just last month they again reaffirmed their previous claims that Obama truly is a ’son of their soil’ in every aspect of the term.

The Minister for Lands (Mr. Orengo) makes this statement on page 31 in which they are discussing the Kenyan Constitution:

If America was living in a situation where they feared ethnicity and did not see itself as a multiparty state or nation, how could a young man born here in Kenya, who is not even a native American, become the President of America? It is because they did away with exclusion.

This statement appears on page 31 of 69 and NO WHERE in any of the remaining 38 pages following the statement of Orengo does any other member make any attempt to correct him. Orengo was the head of the party of Raila Odinga who Obama campaigned for when he was on an official trip while he was a US Senator. Thus, it does not take a great leap of faith that the guy closest to Raila would have been very familiar with the American Senator who brought with him a check for over a million dollars from the “Friends of Barack Obama” that was given to the Odinga election campaign.

THE STATEMENT ON THE RECORD IN THE KENYAN PARLIAMENT IS CONFIRMED

BY MICHELE OBAMA WHEN, IN HER SPEECH TO THE LBGT CAUCUS AT THE 2008

DEMOCRAT CONVENTION SHE STATED THAT HER HUSBAND'S "HOME COUNTRY"

IS KENYA. LISTEN TO HER SAY IT: