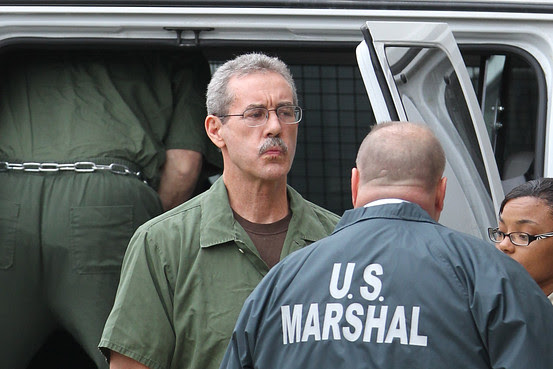 The Securities and Exchange Commission fraud case against Goldman Sachs may be settled before it ever sees a courtroom. Yet intentionally or not, the SEC has already secured at least one victory in the court of media opinion.

Last Friday, the same day that the government unexpectedly announced its Goldman lawsuit, the SEC's inspector general released his exhaustive, 151-page report on the agency's failure to investigate alleged fraudster R. Allen Stanford. Mr. Stanford was indicted last June for operating a Ponzi scheme that bilked investors out of $8 billion. He has pleaded not guilty.

Guess which of these two stories was pushed to the back pages? The SEC did its part by publishing the Stanford report so deep in its Web site that more than a few of our readers had trouble finding it. Yesterday, the SEC management's response to the report was available on the agency's homepage, yet it provided no links to the report itself.

Little wonder. The report is damning for an SEC that wants the public to believe it has turned the corner after the Bernie Madoff disaster. The commission has made young Fabrice Tourre of Goldman Sachs a household name for his debatable disclosures to institutional investors. But many individual investors will be more interested in learning the story of Spencer Barasch. He's the SEC enforcement official who sat on various referrals to investigate Allen Stanford AND THEN, AFTER LEAVING THE SEC, PERFORMED LEGAL WORK FOR....ALLEN STANFORD.

In its own way, the Stanford calamity is arguably worse than the SEC's Madoff bungle. In the Madoff case, passionate outsider Harry Markopolos could find no one at the SEC who took the time to understand the scam, cared enough and had enough authority to shut down the fraud. In the Stanford case, we see numerous SEC insiders over many years urging—at times begging—the enforcement staff to take action, to no avail.

The examination staff at the SEC's district office in Fort Worth, Texas reviewed the Stanford Group's operations in 1997, concluded that its sale of certificates of deposit likely constituted a Ponzi scheme, and referred the matter to SEC enforcement staff. Mr. Stanford kept on selling his seemingly too-good-to-be-true CDs, so SEC examiners investigated again in 1998, 2002 and 2004. Each time, they concluded that the Stanford operation was a probable Ponzi scheme and urged SEC action. Each time, the enforcement staff failed to act.

Along the way, SEC enforcers also ignored warnings from the daughter of an elderly investor in the Stanford scheme, the Texas State Securities Board, an anonymous insider in the Stanford operation, and U.S. Customs, which suspected that the Stanford organization was laundering money. The SEC at times would open preliminary investigations. When the Stanford Group declined to provide information, the inquiry would end.

Particularly tragic is that almost all of the $8 billion that Mr. Stanford collected from investors was gathered after the SEC's first round of inquiries, so if SEC enforcers had acted on the first referral from their colleagues, this alleged fraud would be measured in millions of dollars, not billions. Later, some investors increased their investments with Stanford Group after they learned that the SEC had investigated in 2005 and took no action. They viewed it as a clean bill of health.

In the wake of its Goldman lawsuit, the SEC is being hailed for returning to a "tough" enforcement line, but this is deceiving. The contrast between the SEC inspector general's report on Stanford and the zeal of the SEC's pursuit of Goldman Sachs is far more revealing about why the agency fails to stop genuine fraudsters.

While taking testimony and conducting interviews with dozens of agency staffers on Stanford, SEC IG David Kotz asked the enforcement staff how it could possibly have failed to prosecute someone who was believed by so many others to be running a fraud. The staff told him that senior SEC management did not favor the pursuit of Ponzi schemes and other frauds that were difficult to investigate and time-consuming to prosecute. He was also told that management favored "quick hits" and "Wall Street" cases.

This makes perfect sense when you think about the political incentives. Why do the painstaking work of tracking down actual criminals when you can score favorable headlines with a drive-by lawsuit against a large public company that will have a strong incentive to settle quickly?
In other words, the SEC is a dreadful failure in fulfilling its core mission of protecting individual investors, as the Stanford and Madoff cases show. But the SEC is very good at nailing politically correct targets like Goldman years after the fact on charges that have little or nothing to do with the investing public. On the Goldman case, by the way, the news broke yesterday that the SEC commissioners split 3-2 on whether to bring the lawsuit—a rare partisan split on such a prominent case and further evidence of its thin legal basis.

In the cases of Stanford and Madoff, thousands of small investors lost their life savings. In the case of Goldman, some masters of the financial universe lost money on what they knew was a calculated gamble. Which did more societal harm?

The SEC's Impeccable Timing
The Goldman suit helped to hide the IG report on the Stanford debacle.
THE WALL STREET JOURNAL
APRIL 20, 2010